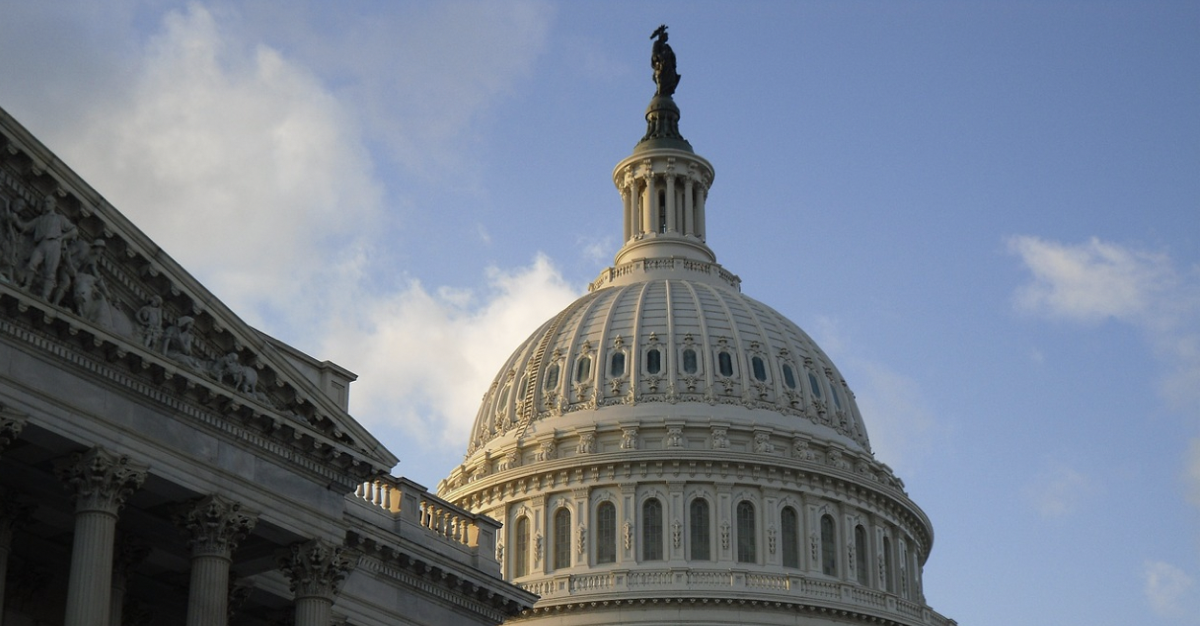 A total of 18 RINOs, plus Senate Minority "Leader" Mitch McConnell (R-KY), gave Joe Biden and the Democrats a huge political win that will be paid for on the backs of hard-working American taxpayers. The fake, $1.2-trillion "infrastructure" bill reportedly spends only 10% on roads, bridges, etc.

America's southern border is being overrun by thousands of COVID-infected illegal aliens. But instead of forcing the Biden regime to fix that imminent threat to our nation's health, sovereignty and security, Establishment Republicans caved to Democrats as part of their usual "play-fight and surrender" strategy. It's a disgusting and despicable display of "politics as usual" in D.C.

What's worse is that immediately after passing the first SPENDING SCAM bill today, Democrats began pushing their next SPENDING SCAM. Spearheaded by far-Left Sen. Bernie Sanders (I-VT), the $3.5-trillion "human infrastructure" bill is a progressive wish-list of pork spending. Of course, EVERY Republican Senator is against THAT legislation.

But it doesn't matter because, unlike the $1.2-trillion bill, this second SPENDING SCAM can be passed through "budget reconciliation." That means it requires only a simple majority vote to become law. Our great nation could soon become "America the Socialist" with ZERO GOP SUPPORT!

Click here or on the banner below and take immediate action to stop that from happening. For just $30, fax ALL 50 Republican Senators, as well as Sens. Kyrsten Sinema (D-AZ) and Joe Manchin (D-WV). Both have indicated they will NOT support "Phase Two" of the SPENDING SCAM. Reach every U.S. Senator (100 faxes) for only $50:

American patriots MUST DEMAND that Republicans and moderate Democrats STOP our great nation from radically transforming into the "United States of Socialism." Go here to fax now. Thanks, in advance, for taking action tonight.

P.S. If you missed this morning's SPENDING SCAM update, we've included it below. It may be too late to stop RINOs from caving on the $1.2-trillion, fake-infrastructure legislation, but you can still call on them to stand firm and stay united to defeat the $3.5-trillion "human infrastructure" bill of progressive-pork spending. Demand Republican and moderate Democrat Senators "Stop The Spending Scam!" Click here or on the banner below now to instantly fax 52 key Senators for only $30:

The Senate is about to pass the first of two SPENDING SCAMS that are likely to push America into full-blown socialism. Please see our URGENT update below and take immediate action. Thanks in advance. --Grassfire

The Associated Press is reporting that final Senate votes on the fake, $1.2-trillion "infrastructure" bill are expected TODAY at around 11:00 a.m. ET. Yesterday, we gave you the names of 18 RINO Senators who stood with Democrats on a key procedural vote Saturday. But AP says the number of Republican turncoats COULD ACTUALLY RISE:

All told, some 70 senators appear poised to carry the bipartisan package to passage … Republicans are largely ignoring the criticism from their most conservative and far-flung voices, including a barrage of name-calling from former President Donald Trump as he tries to derail the package.

President Trump is fighting for America, which is much more than the GOP Minority "Leader" is doing. Democrats and RINOs have been plotting for weeks to give Joe Biden a HUGE political victory off the backs of hard-working American taxpayers. But AP reports:

Rather than pressure lawmakers, Senate Republican leader Mitch McConnell of Kentucky has stayed behind the scenes for much of the bipartisan work. He has cast his own votes repeatedly to allow the bill to progress, calling the bill a compromise.

It's no wonder President Trump said on Saturday that McConnell and the other RINOs "have no idea what they are doing." The Democrats are about to steamroll Republicans -- and American taxpayers -- BUT RINOS EITHER DON'T KNOW OR DON'T CARE!

Again, the Senate is expected to hold a final vote TODAY on the $1.2-trillion SPENDING SCAM -- just a few hours from now! Rep. Jim Jordan (R-OH) said last week that the bill spends "only 10%" on actual infrastructure (roads, bridges, ports, etc.). Grassroots patriots only have about three hours to make their voices heard. If you want to push back against turning America into a "woke," socialist, totalitarian state, take action by contacting Senators now!

+ + Action #1: Fax YOUR TWO SENATORS and every GOP Senator who stood with Democrats on Saturday to support the SPENDING SCAM.

You can instantly contact your two Senators and the 18 RINOs who support Joe Biden's SPENDING SCAM for only $15. Click here or on the banner below to fax up to 20 Senators now. Reach every remaining Senate Republican and moderate Democrat Senators Joe Manchin of West Virgina and Kyrsten Sinema of Arizona (up to 52 faxes) for only $30. Or fax all 100 U.S. Senators for the deeply discounted price of $50. Go here to take action now:

In the time remaining before today's vote, call Senators in Washington, D.C.! Grassfire has created a list of the 18 RINOs who we believe will support the Democrats' SPENDING SCAM. Click here for their phone numbers:

To call YOUR two Senators or any other member of the Upper Chamber, click here to see a full list.

As soon as the first SPENDING SCAM passes the Upper Chamber, Sen. Bernie Sanders (I-VT) is expected to introduce the $3.5-trillion "human infrastructure" legislation THAT WILL TURN AMERICA INTO A "WOKE," TOTALITARIAN, SOCIALIST STATE. Again, under "budget reconciliation," there's NOTHING Republicans can do to stop it!!!

Click here to stand with President Trump and fax Senators now. Demand they "Stop The Spending Scam!" by voting "NO!" today! Rush your personalized message to Capitol Hill and reach up to 20 key Senators for only $15. Thanks, in advance, for taking immediate action BEFORE 11:00 a.m. ET.

P.S. The Unhinged Left is trying to use taxpayer money to fund and build a super highway to socialism. Radical Democrats are on record promoting paid leave, childcare, "caregiving," police accountability, election "reform," affordable housing, fighting "climate change" and even packing the Supreme Court as "infrastructure." To progressives, "infrastructure" is whatever they say it is. Click here to call Senators now and click here or on the banner below to fax your two Senators and 18 RINOs for just $15. Take action to demand they "Stop The Spending Scam!" now: