BREAKING: Dems to "launch a direct attack" on the filibuster! 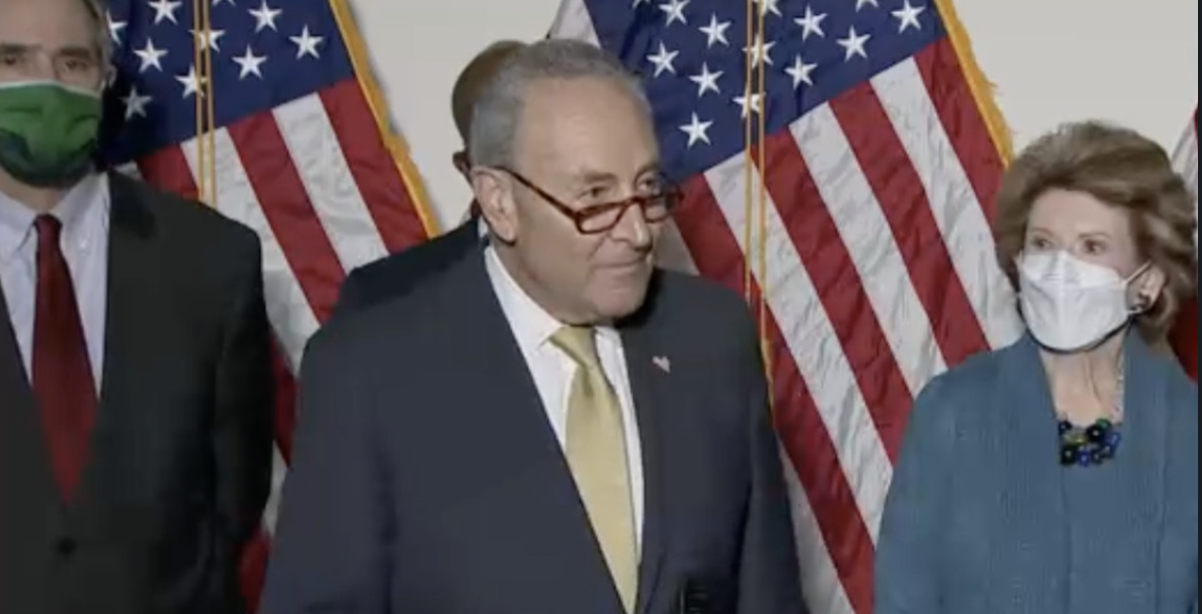 We received word from the office of Senate Majority Leader Mitch McConnell (R-KY) today that Democrats will begin their assault on the Senate's 60-vote filibuster THIS WEEK. Via email this morning, McConnell's staff told us that Senate Majority Leader Chuck Schumer (D-NY) "is expected to pursue votes on the Democrats' federal election takeover bill and, for the 1st time ever, launch a direct attack on the legislative filibuster." (Emphasis theirs.)

Grassfire has been warning our team members about the radical Democrats' ELECTION STEAL plan for months. Now, Schumer's on the verge of trying to, as McConnell calls it, "break the Senate" by eliminating the 60-vote requirement to pass bills in the Upper Chamber. If he's successful, that will open the flood gates to enacting almost ALL of Joe Biden's anti-American, anti-Christian, socialist, totalitarian agenda -- including hijacking future elections!

Radical Democrats want to federalize elections in all 50 states so they can guarantee victory for far-Left candidates across the nation. What's worse is that they're willing to kill the Senate's 60-vote filibuster to do it! They're fighting their ideological war on several fronts in hopes of "fundamentally transforming the United States of America," while intimidating, censoring and silencing Trump supporters in the process.

That's why Grassfire is empowering team members to let key Senators know where you stand. If you do NOT want Schumer to -- as McConnell said in October -- "rig the game" (like they did in 2020), click here or on the banner below now to sign the "PROTECT OUR ELECTIONS!" national petition:

You can take immediate action to stop Joe Biden, Chuck Schumer and other radical Democrats from changing Senate rules, "nuking" the 60-vote filibuster, and passing the Biden regime's radical, far-Left agenda. With Republicans likely to gain control of the House and Senate in the 2022 midterms, the Unhinged Left is entering panic mode.

The Democrats' misnamed "Freedom to Vote Act" is the radical, unhinged Left's latest attempt to ENGINEER election results. McConnell has criticized similar legislation as "a one-party takeover of our political system" that would attack free speech, privacy rights "and even send public funds directly to politicians!"

Again, we've been warned that Schumer is pushing what Republicans call the "Freedom to Cheat Act" THIS WEEK. But you can take immediate action to stop this blatantly partisan power-grab. This legislation is dangerous, un-American and seeks to tilt ALL future elections toward Democrats. Click here now to sign the national petition to "Stop The Corrupt Politicians' Act!"

Grassfire recently mobilized the delivery of more than 30,000 "Protect Our Elections!" petitions on Capitol Hill. If you want your name to be included in our next petition delivery, we MUST hear from you! Thank you, in advance, for taking action today.

P.S. In a Senate with 50 Republicans, 48 Democrats and two Independents, should GOP Senators allow themselves to be steamrolled, so Joe Biden's extreme, "progressive" agenda can become law? If you want Republicans, moderate Democrats and Senate Majority Leader Chuck Schumer to keep the filibuster in place to protect against mob rule, click here or on the banner below to sign the national petition to "Stop The Corrupt Politicians' Act!":