Is the “Equality” Act about to take center stage? 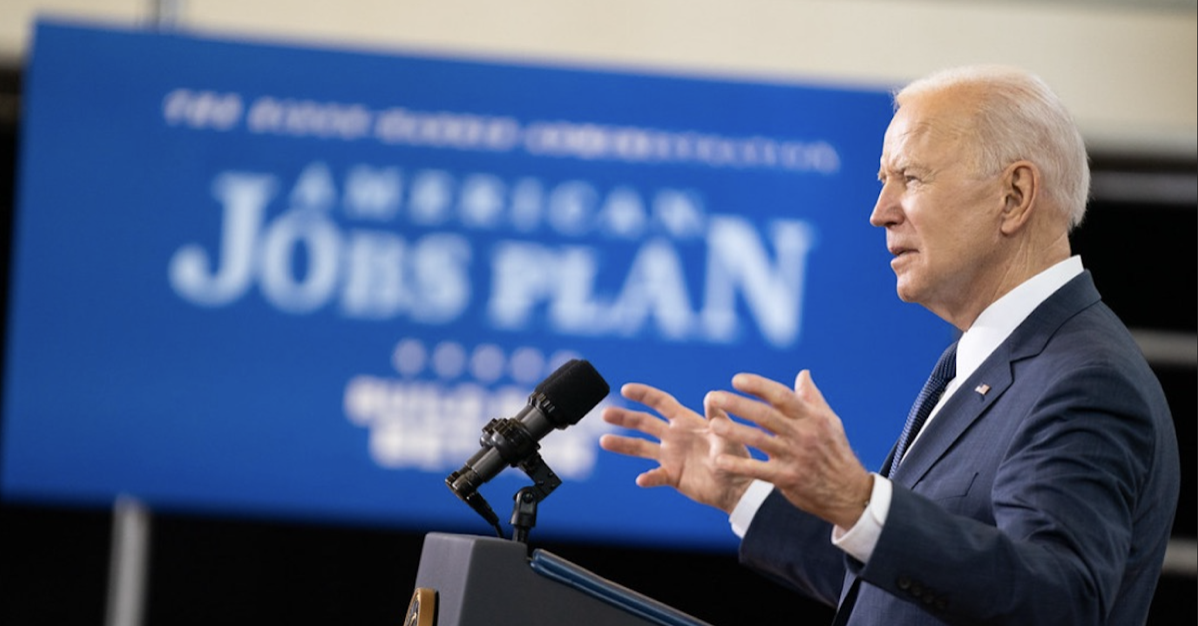 Less than three hours from now, Joe Biden will make his first official address before Congress. But the usual crowd of 1,200 lawmakers and guests won't be there. Citing COVID and "security" concerns, a mostly friendly crowd of about 200 will be in attendance. ABC News reports:

On Wednesday evening, members of Congress -- who enjoy floor privileges for life -- will not be allowed in the House without a ticket, which have been distributed by top congressional leaders. ...

Senate Democrats decided who will attend the speech at random by drawing lots, according to Sen. Mazie Hirono, D-Hawaii.

As with the inauguration 98 days ago, the Biden regime will hold what is, basically, a virtual event. Why? Perhaps to try and hide a chief executive who appears less and less able to answer the demands of his office.

Grassfire searched throughout the day for a pre-released transcript of tonight's address but couldn't find one. Apparently, the White House wants to keep the American people in suspense and will release the speech just before or after Mr. Biden takes the podium at 9:00 p.m. ET.

With only two full days left in his "First 100 Days," Grassfire expects the "Commander-in-Thief" to make the anti-faith, pro-LGBTQ "Equality" Act a focal point of his comments tonight. He promised to sign a pro-homosexual, pro-transgender bill into law before Friday, April 30, but Senate Majority Leader Chuck Schumer (D-NY) doesn't have the 60 votes needed to advance H.R.5.

So, it's very possible Mr. Biden will use his "bully pulpit" to ramp up pressure on Democrats, who are likely to then attack Republicans. As Grassfire said yesterday, that left-wing offensive could lead to another round of "play fight and surrender" among GOP Senators.

Democrats need 10 Republicans to "break ranks" and vote "Yes" for the bill to become law. You can tell GOP Senators to stand firm and stay united so this anti-faith, pro-LGBTQ legislation won't become the law of the land. If you oppose this anti-faith, anti-woman, anti-child and anti-science bill, take action to embolden lawmakers now!

Click here or on the banner below to instantly send "Stop The 'Equality' Act!" faxes to all 50 GOP Senators and moderate Sen. Joe Manchin (D-WV) for only $30. Or reach EVERY member of the Senate (100 faxes) for just $50:

White House press secretary Jen Psaki hinted this week that Mr. Biden's speech will attempt to usher in a new era of Big Government. In an interview with ABC News, she said:

But Big Government can run roughshod over the constitutional rights of Americans, especially those of conservatives. The grossly misnamed Equality Act could be a part of the Biden regime's plan to silence and punish anyone who doesn't adhere to the pro-LGBTQ agenda of radical Democrats, the Unhinged Left and the "woke mob."

If passed, H.R. 5 will impact churches, faith-based businesses, religious organizations (including adoption and foster-care providers) and Christian schools, colleges and universities. It will harm women and girls by erasing significant safety, privacy and equality rights; defend abortion under the guise of "sex discrimination"; and force medical professionals to choose between breaking the law and violating their faith.

P.S. With Joe Biden on the verge of breaking a major campaign promise to pass an LGBTQ-rights bill in his "First 100 Days," Grassfire expects a full-court press tonight on the "Equality" Act. Millions of Americans want to see the radical and extreme bill defeated in the Senate. If you're one of them, click here to send your "Stop The 'Equality' Act!" faxes to 50 GOP Senators and Sen. Manchin now for only $30, or reach all 100 U.S. Senators for only $50:

Biden's bets grow on what government can do: The Note (ABC News)