Biden regime to trapped Americans: "You're on your own" 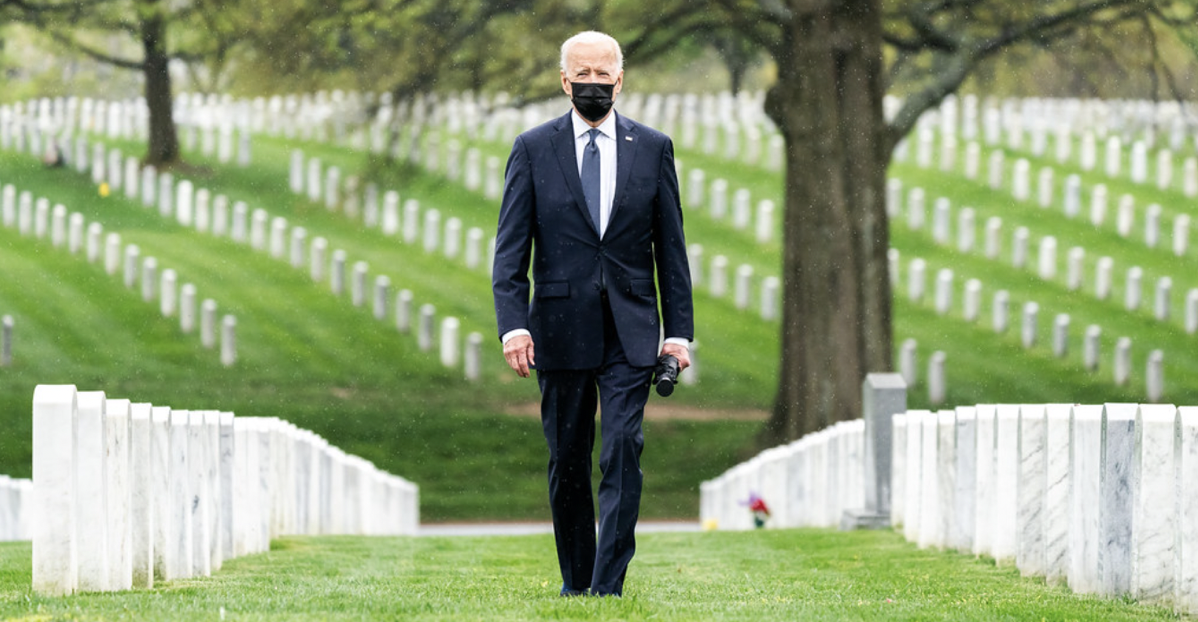 Joe Biden's Afghanistan debacle keeps getting worse. Not only have Taliban terrorists seized control of the country, tens of thousands of Americans (perhaps as many as 40,000) can't get out! Earlier this week, a notice sent from the Biden regime to those requesting evacuation from Afghanistan encouraged them to make their way to Kabul's international airport. But it added in bold letters:

PLEASE BE ADVISED THAT THE UNITED STATES GOVERNMENT CANNOT GUARANTEE YOUR SECURITY AS YOU MAKE THIS TRIP.

Yesterday, Defense Secretary Lloyd Austin doubled down on the Biden regime's failure, saying in a press conference: "We don't have the capability to go out and collect large numbers of people." The Washington Examiner says the message from this administration to the thousands of Americans trapped in Afghanistan is: "You're on your own."

That's outrageous and simply unacceptable! Our "leaders" MUST get these people out of harm's way and back to the United States!

Mr. Biden cut short his "vacation" and returned to the White House yesterday, after spending the weekend at Camp David. Since the Afghanistan crisis unfolded, he's basically been in hiding and has spoken publicly to the American people about it ONCE. He has also refused to answer reporters' questions at press conferences about how the U.S. government plans to protect trapped citizens and allies.

(Note: Mr. Biden did give an exclusive interview to ABC News with former Clinton administration official George Stephanopoulos. Grassfire will have details on that widely criticized exchange in a future update.)

What did our "Commander-in-Chief" do yesterday after returning to Washington, D.C.? He rolled out his latest round of COVID tyranny. He attacked Republican governors and said that any nursing homes whose staff are not vaccinated against the virus will lose federal funding.

Add raging inflation, the surging national debt and the out-of-control border crisis to the COVID tyranny, and it's no wonder Republicans on Capitol Hill, along with President Trump AND everyday Americans, are calling for Joe Biden to resign, be impeached or removed from office through the 25th Amendment.

If you think it's time for Congress to put an end to the failed Biden "presidency," take action now using Grassfire's unique FaxFire system. We're empowering our team members to send their personalized message to members of Congress, demanding they call for Joe Biden's immediate impeachment, resignation or constitutional removal.

Click here or on the banner below now to instantly fax your Representative, your two Senators and up to 17 other key House and Senate leaders for just $20:

ATTENTION GRASSFIRE VIPS: GO HERE TO SEND YOUR "JOE MUST GO!" FAXES FOR 80% OFF! Not a VIP? Go here to send this fax at an 80% discount. (Trouble accessing your VIP benefits? Click here.)

Taliban terrorists are instituting strict Islamic law (Sharia) in Afghanistan that punishes women, children and non-Muslims. We have reports that hundreds of Christians, journalists and "U.S. sympathizers" are being dragged from their homes, beaten, abused, kidnapped and even killed. If Joe Biden won't end this crisis, Congress must install a president who will! Click here to fax now.

If you can, please go the "extra mile" today and choose LEVEL TWO faxes to also reach EVERY member of the House Freedom Caucus (up to 65 faxes) for only $45. Our LEVEL THREE faxes will expand your impact to reach ALL 50 Republicans in the United States Senate (up to 105 faxes) for just $63.

To encourage maximum participation by our team members, Grassfire is offering you 30% and 40% off our "Joe Must Go!" FaxFire. For a complete list of FaxFire targets and their contact information, click here. Thanks, in advance, for taking action today.

P.S. Again, if you want to tell House and Senate Republicans to remove Joe Biden from office because he isn't up to the challenge of being America's Commander-in-Chief, demand they take immediate action. Go here to fax members of Congress now: