Biden lies about the Second Amendment 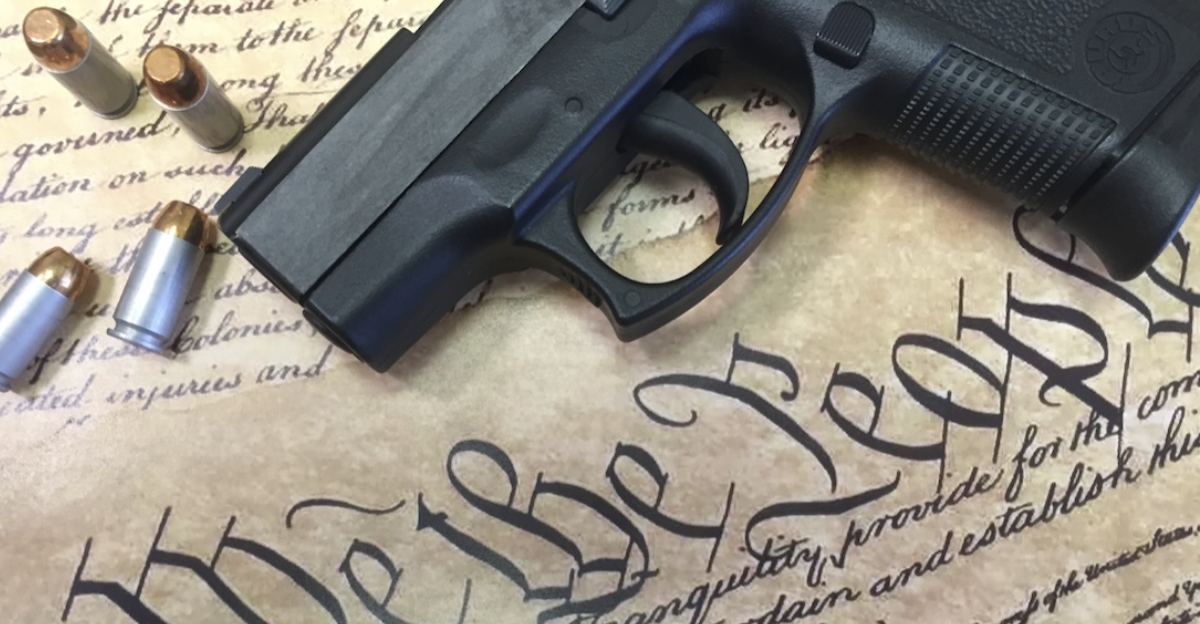 In response to rising crime in mostly Democrat-run, "Defund The Police!" cities and recent deadly shootings by evil-minded, deeply disturbed criminals, Joe Biden has issued six executive orders on gun control. In a press conference yesterday, America's "Commander-in-Thief" laid out his plan to curtail the constitutional right of law-abiding citizens to keep and bear arms.

Mr. Biden claimed that America is in the midst of a "gun crisis" that is "actually a public-health crisis," adding: "Gun violence in this country is an epidemic, and it's an international embarrassment." In his other prepared remarks, he flat-out lied about key aspects of the Second Amendment.

"No Amendment to the Constitution is absolute," Mr. Biden threatened during yesterday's Rose Garden speech. "You go to a gun show, you can buy whatever you want and no background check."

But Stephen Gutowski, a gun-safety instructor and firearms-policy reporter for the Washington Free Beacon, insists those statements simply are NOT true. "Biden just lied about how background checks work," Gutowski tweeted. "He said gun shows are exempt from background check requirements. That is completely false. All that matters in terms of background checks is whether you are buying from a licensed dealer or not."

EVERY gun sold by a Federal Firearms Licensee (FFL) to a private citizen MUST include an FBI background check. Federal background checks are NOT required for person-to-person gun sales, which can occur at gun shows and other places. However, many states DO mandate background checks for private sales.

Gun-rights supporters fear that with Democrats controlling both Congress and the White House, lawmakers will "overreach" -- either through additional executive orders or new legislation -- to further infringe on the ability of law-abiding Americans to protect themselves and their loved ones. If you agree, Grassfire invites you to take action by utilizing our unique FaxFire system to send a personalized "Stop Biden's Gun Grab!" message to U.S. Senators.

If you oppose Democrat-led efforts to disarm law-abiding Americans, make your voice heard! Send your "Stop Biden's Gun Grab!" faxes to Capitol Hill now. Click here or on the banner below to immediately fax all 50 GOP Senators for only $30, or reach EVERY member of the U.S. Senate (100 faxes) for only $50:

ATTENTION GRASSFIRE VIPS: GO HERE TO SEND YOUR "STOP BIDEN'S GUN GRAB!" FAXES AT AN 80% DISCOUNT!
(Not a VIP? Go here to send this fax at 80% discount.)
(Having trouble accessing your benefits? Go here.)

Mr. Biden also lied about the history of American gun rights yesterday when he said, "You couldn't own any weapon you wanted to own. From the very beginning of the Second Amendment existed, certain people weren't allowed to have weapons."

When America's Founding Fathers ratified the Second Amendment on December 15, 1791, muskets and flintlock pistols were really the only guns available. They put no restrictions on those firearms or who could own them. Time reports, "The first piece of national gun control legislation was passed on June 26, 1934."

As the U.S. southern border disintegrates and American cities become battle zones of crime and gang violence, the best solution put forward by radical Democrats, the Unhinged Left and the "woke mob" is to make it harder for law-abiding citizens to protect themselves?

The Second Amendment clearly states that "a well regulated Militia, being necessary to the security of a free State, the right of the people to keep and bear Arms shall not be infringed." The U.S. Constitution is clear when it comes to gun control. Police cannot be everywhere, which is why American citizens have -- for more than 200 years -- used firearms to defend their lives and property.

When criminals use guns to hurt and kill people, it's tragic and unacceptable. Most Americans would agree that no terrorist, criminal or mentally ill person should be allowed access to firearms. But if you think gun-control laws should NOT prevent mentally competent, law-abiding citizens from exercising their God-given constitutional right "to keep and bear Arms," you can make your voice heard now.

Click here to fax EVERY Republican Senator now for just $30 and demand they "Stop Biden's Gun Grab!" To send your own pro-Second Amendment faxes to lawmakers, click here for a list of Senate targets and their contact information. Thanks, in advance, for taking action today.

P.S. We've discounted LEVEL ONE of the "Stop Biden's Gun Grab!" FaxFire by 40% to empower our team members to make their voices heard. If possible, select LEVEL TWO and make an even bigger impact! Reach EVERY member of the United States Senate, 100 faxes in all, for only $50. That's an even larger discount of 50%! Go here to fax now: