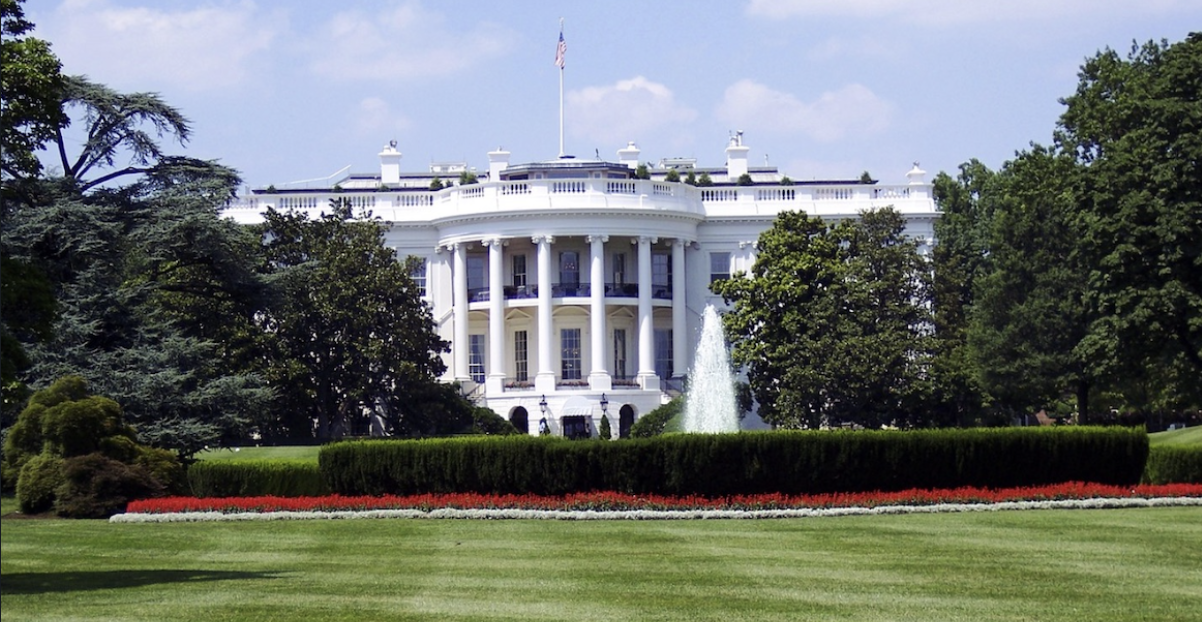 Earlier today, Joe Biden asked Congress to force taxpayers to pay an additional $33 BILLION to help Ukraine. The Biden regime has already pledged more than $4 BILLION to fight what's turning into a "proxy war" against Russia. Now, the leader of the radical, unhinged Left wants EIGHT TIMES that amount to PROTECT THE WRONG BORDER!

Also, the Biden economy got more bad news today. America's gross domestic product (GDP) shrank by 1.4% in the first quarter of 2022. The last time U.S. GDP slipped into the negative was at the start of the COVID pandemic. By comparison, 2021's fourth quarter saw a 6.9% annual growth rate.

Maybe the regime hopes that committing BILLIONS of taxpayer dollars to a "proxy war" with Russia  will make Americans forget MILLIONS of illegal aliens invading the U.S. border AND Joe Biden's failing economy. Grassfire is betting that "America First" patriots won't fall for it!

If you don't want the Biden regime spending nearly $40 BILLION in taxpayer money helping Ukraine defend their borders, while ignoring our own, we want to empower you to make your voice heard. Tell Senators and Representatives that you demand Joe Biden defend American interests before spending BILLIONS to finance a "proxy war" against Russia.

Click here or on the banner below now to sign the national petition calling on Republicans in the House and Senate to demand Joe Biden "Stop Protecting The Wrong Border!":

The Ukraine crisis is showing the world in real time what can happen when a country's border is NOT secure. That's why we're empowering you to sign the "Stop Protecting The Wrong Border!" national petition. If you're tired of Joe Biden's blatant disregard for America's security, sovereignty and way of life, take action to help stop an invasion by millions of illegal aliens!

Demand GOP Reps and Senators call on the Biden regime to DEFEND America's border before spending BILLIONS of taxpayer dollars protecting Ukraine's. We'll deliver your petition to Republican leaders when we reach 20,000 signatures. Click here to add your name now.

In yesterday's border update (see below), we found reports that Joe Biden would request an additional $5 BILLION for Ukraine aid. Shockingly, he wants more than SIX TIMES THAT AMOUNT! Grassfire also learned that the Biden regime wants another $10 BILLION for "COVID relief" and NOTHING to protect America's southern border!

Keep reading to learn more, or click here to take immediate action by adding your name to the "Stop Protecting The Wrong Border!" national petition. Thank you, in advance, for making your voice heard.

P.S. As an American taxpayer, you can strongly condemn Russian aggression, support the Ukrainian people and STILL demand the Biden regime protect our nation's border, too. The United State's security, sovereignty and way of life are at risk due to the open border policies of the radical, unhinged Left. Click here or on the banner below to sign the national petition to demand Joe Biden "Stop Protecting The Wrong Border!":

Joe Biden and his fellow radical, unhinged Democrats are ignoring a literal invasion by MILLIONS of illegal aliens. At the same time, they're pressuring Congress for BILLIONS more taxpayer dollars to pay for Ukraine aid ($5 billion) and COVID "relief" ($10 billion). The Hill reports that the Biden regime's approach has the GOP raising a "red flag":

The GOP had objected to Senate Majority Leader Charles Schumer (D-N.Y.) refusing to give them a vote on keeping Title 42, a Trump-era public health policy the Biden administration plans to lift on May 23. Crafted in the early days of the pandemic, it allows rapid expulsion of migrants in the name of public health and prevents them from seeking asylum.

The Biden regime is trying to bilk Americans out of their hard-earned money for their schemes, while allowing a crisis to continue raging at America's southern border. If you think this is the wrong way to govern a nation, make your voice heard by signing the national petition to "Stop Protecting The Wrong Border!"

In the midst of a raging U.S. border crisis, skyrocketing inflation and rising violent crime, Joe Biden is handing over BILLIONS AND BILLIONS of taxpayer dollars for Ukraine aid and so-called COVID relief. What's worse is that Republican lawmakers have actually lined up behind the radical, unhinged Left's push to throw U.S. tax dollars at Mr. Biden's pet projects.

The Biden regime's chief fear-monger, Dr. Anthony Fauci, finally admitted on PBS NewsHour this week that America is "out of the pandemic phase." So, why would Congress need billions more taxpayer dollars to fight it?

If you're fed up with the "America Last" agenda of RINOs and the Biden regime, tell Senators to demand Democrats defend American interests first, before spending BILLIONS protecting Ukraine and wasting it on "COVID relief." Take immediate action if you think the White House should be working harder to secure the U.S.-Mexico border.

Joe Biden is spending literally BILLIONS of taxpayer dollars to help protect Ukraine's border and fight a "FEARdemic," while mostly ignoring the crisis raging along the U.S. border with Mexico. Click here or on the banner below now if you want the Biden regime to stop the literal invasion of illegal aliens:

So far, Joe Biden has pledged more than $4 BILLION for a war that has very little impact on American interests. Our great nation is in the midst of a growing illegal-immigration crisis, runaway inflation, rising crime and crushing national debt. How long will this "presidential giveaway" to Ukraine continue?

The death, destruction and despair that have resulted in the 62 days since the Russian invasion is horrible, heartbreaking and completely unacceptable. Ukraine certainly needs help and humanitarian aid, but the United States' contribution is far, far beyond what any other nation is doing financially -- and it appears to be at the expense of confronting a crisis at America's southern border.

Russia's invasion of a sovereign nation should be a wake-up call to Joe Biden and his failed administration. The Ukraine crisis is showing the world in real time what can happen when a country's border is NOT secure. The illegal immigration crisis at America's southern border is a direct threat to our great nation's safety, sovereignty and way of life.

Yet, the Biden regime -- in lockstep with RINOs and the radical, unhinged Left -- is about to double down on their "America Last" agenda. On May 23, the Title 42 public-health order that has allowed for quickly expelling "migrants" due to COVID concerns will expire. If not extended, an even greater surge of illegal aliens is expected at the U.S.-Mexico border.

P.S. As an American taxpayer, you can strongly condemn Russian aggression, support the Ukrainian people and STILL demand the Biden regime protect our nation's border, too. That's why we're making it possible for you to call on Senators and Representatives to take action. Demand they force the Biden regime to address illegal immigration along America's southern border before spending BILLIONS MORE taxpayer dollars on the Russia-Ukraine conflict and "COVID relief"! Click here or on the banner below to sign now: