ALERT: Dems may NOT have votes for "Biden's Gun Grab"! 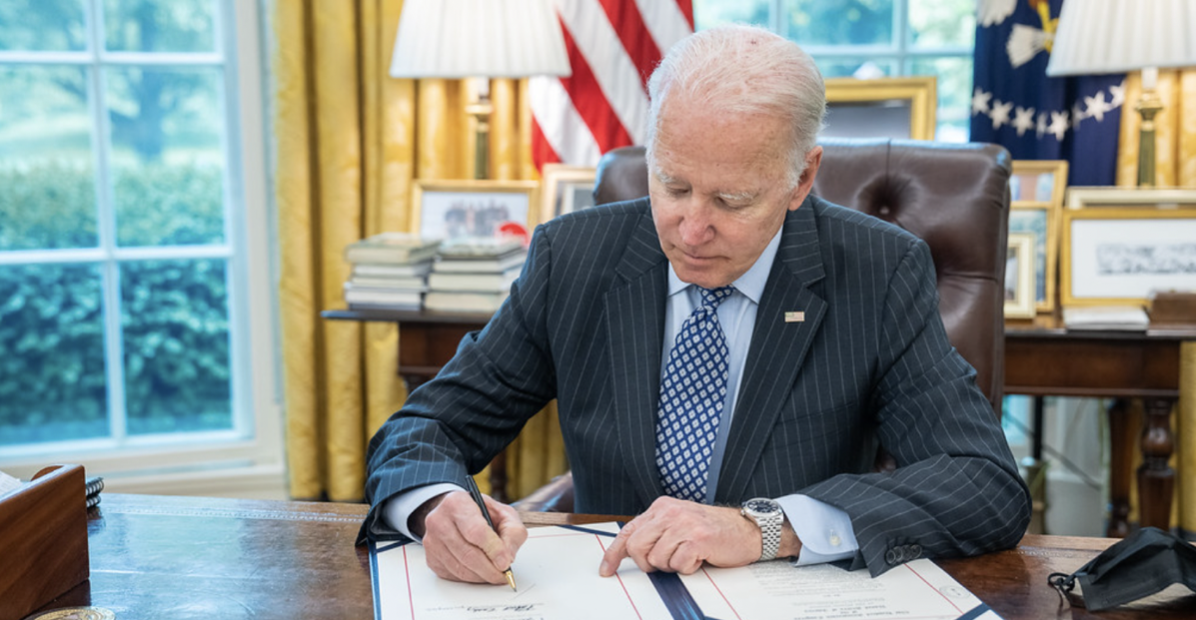 If H.R.1808 passes the House next week and advances to the Senate, that could be very bad for gun-rights supporters. It would only take 10 weak-kneed RINOs to cave (like they so often do) and hand victory to Joe Biden and the Democrats. With a full House vote on the "Assault Weapons Ban of 2021" likely just days away, Grassfire wants to empower thousands and thousands of team members to "Stop Biden's Gun Grab!" by making their voices heard!

H.R.1808, the "Assault Weapons Ban of 2021" is an outrageous attack on the Second Amendment. Democrats want to ban so-called "assault weapons" because it's a term the radical, unhinged Left has assigned to a particular class of guns they don't like. But the truth is that AR-style rifles are the preferred home-defense firearm for millions of Americans, and the FBI says those weapons "were involved in 3%" of gun homicides in 2020.

During our research over the past few days, Grassfire has learned that not every Democrat is onboard with the Biden regime's efforts to disarm law-abiding Americans. Earlier this week, POLITICO reported that House Speaker Nancy Pelosi (D-CA) and her underlings are still "wrangling for votes." Here's an excerpt from that article:

House Democrats want to push through an assault weapons ban, setting their mark far beyond last month’s modest bipartisan gun deal. They just don't have the votes yet. Democrats are still shy of the 216 supporters required to steer the bill through the chamber, as a small number in their own caucus remain skeptical about both the legislation and diving further into gun safety just four months before an election.

The Second Amendment clearly says "the right of the people to keep and bear Arms shall not be infringed." The U.S. Constitution is very specific when it comes to gun control and allows Americans to defend their lives and property with firearms. But Democrats want to take that right and disarm citizens. Don't let them! Take action to demand Reps "Stop Biden's Gun Grab!" now. Prevent the radical, unhinged Left from infringing on YOUR Second Amendment rights!

Oppose Joe Biden-led efforts to disarm the American people by making your voice heard on Capitol Hill. Click here or on the banner below now to sign the national petition to "Protect The Second Amendment!":

The legislation claims to make exceptions for "a" grandfathered SAW and LCAFD. But will H.R.1808 exempt "all" AR-style rifles and magazines purchased before the bill is signed into law? That question might seem nitpicky, but it's a critical distinction for millions of gun owners.

Grassfire is concerned this legislation is the first step in a wider anti-gun effort by the Biden regime and the radical, unhinged Left. They could use this bill as a stepping stone to re-define "assault weapons" and "high-capacity magazines," which could weaken the Second Amendment. Click here to sign the national petition to "Protect The Second!"

+ + Engage In The Fight To "Protect The Second!"

Take immediate action to ensure your constitutional right to "keep and bear Arms" is NOT violated, infringed or repealed. Add your name to the "Protect The Second!" national petition, and make your voice heard on Capitol Hill.

If this gun-control legislation advances to the Senate, Grassfire will deliver your petition to key congressional leaders, demanding they take action to protect your constitutional right "to keep and bear Arms." Thanks, in advance, for taking action tonight.

Midterms: Which House, Senate and governor's races are tossups (Axios)