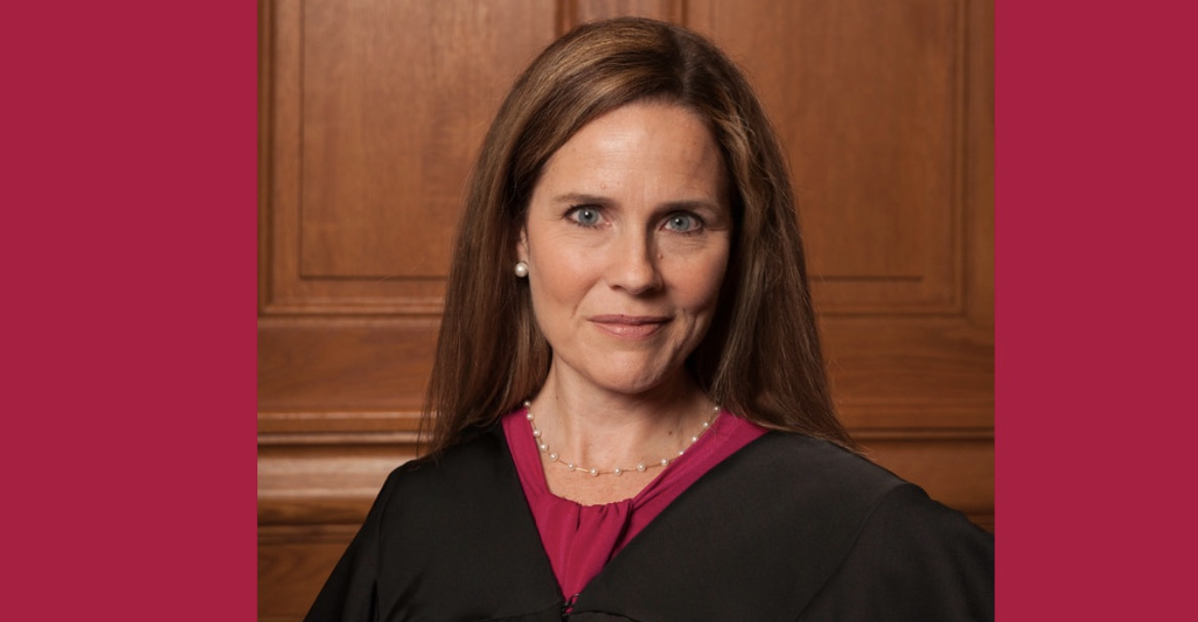 America could be just 72 hours away from our next Supreme Court justice! A vote to confirm President Trump's nominee, Judge Amy Coney Barrett, is scheduled for Monday. That's only three days away!

Yesterday morning, the Senate Judiciary Committee voted 12-0 to move Judge Barrett's nomination to the Senate floor for a full vote. In protest of the "well-qualified" nominee (the America Bar Association's highest rating), NONE of the 10 Democrats on the committee bothered to show up for the vote.

Later, the office of Senate Majority Leader Mitch McConnell notified Grassfire that "Consideration of the Barrett nomination by the full Senate begins tomorrow (Friday)." On Wednesday, McConnell spoke out against persistent attacks on the nominee's Catholic faith.

"(W)e need well-informed jurists like Judge Barrett to protect our Constitution and Americans' rights," he insisted. "The anti-religious bigotry needs to stop. It is an embarrassment to those who propagate it. Fortunately, it will not stop the Senate from voting to confirm this outstanding nominee in just a few days."

The fight to seat this highly qualified nominee will continue through THIS WEEKEND (and possibly longer). Senate Democrats, led by Minority Leader Chuck Schumer (D-NY), have been trying unsuccessfully to prevent or stall votes to seat Judge Barrett since she was nominated and probably won't stop -- even after she's sworn in as an associate justice next week.

The radical Left is furious that Judge Barrett will be the THIRD Supreme Court Justice nominated and seated by President Trump!

American patriots, like you, have 72 hours to demand Senators support President Trump's Supreme Court nominee. By utilizing Grassfire's unique FaxFire system, you can instantly reach into congressional offices in Washington, D.C. and urge them to "Confirm Amy Now!"

To help push Judge Barrett's nomination over the finish line, Grassfire is urging our grassroots "army" to take action. We want to see team members send 10,000 faxes to Senators over the next three days, demanding they "Confirm Amy Now!"

Click here or on the banner below to immediately send up to 17 faxes to your Representative, your two Senators and other EVERY Republican Senator on the Judiciary Committee for ONLY $15:

There's absolutely NO REASON why Judge Barrett should NOT be seated on the United States Supreme Court by next week. Pushing her nomination over the finish line may require some hard work and unity by Senate Republicans in the coming day. But you can demand they get it done!

As a Grassfire team member, you can utilize our unique FaxFire system to instantly reach into Senate offices in Washington, D.C. Fax lawmakers your personal message demanding they stand with President Trump and confirm Judge Barrett on Monday.

Click here or on the banner below to immediately send up to 17 faxes to key Senators for ONLY $15:

The Senate has a chance to confirm this highly qualified and respected nominee on Monday. A full, nine-member Supreme Court might be needed to rule on possible legal disputes that arise after Election Day.

Monday's deadlocked, 4-4 Supreme Court ruling shows the urgent need to "Fill That Seat" BEFORE November 3. Thanks to Chief Justice Roberts siding with liberals (again), the key battleground state of Pennsylvania will be allowed to count mail-in ballots that are sent in THREE DAYS AFTER Election Day -- even if they don't have a postmark!

Confirming Judge Barrett is crucial to ensuring the High Court's rightful impact and to maintaining the integrity of the presidential election. Click here to fax Senators now -- for just $15, $35 or $50!

Please consider going the extra mile by utilizing the "Level Two" option of the "Confirm Amy Now!" FaxFire. It empowers you to reach every Republican Senator at a 37% DISCOUNT. ($35). Choose "Level Three" and urge EVERY member of the U.S. Senate to confirm Judge Amy Coney Barrett at 50% OFF our regular price ($50). Click here to fax now.

Thanks, in advance, for making your voice heard today.