The "dirty secret" about today's vote on "The Corrupt Politicians Act" 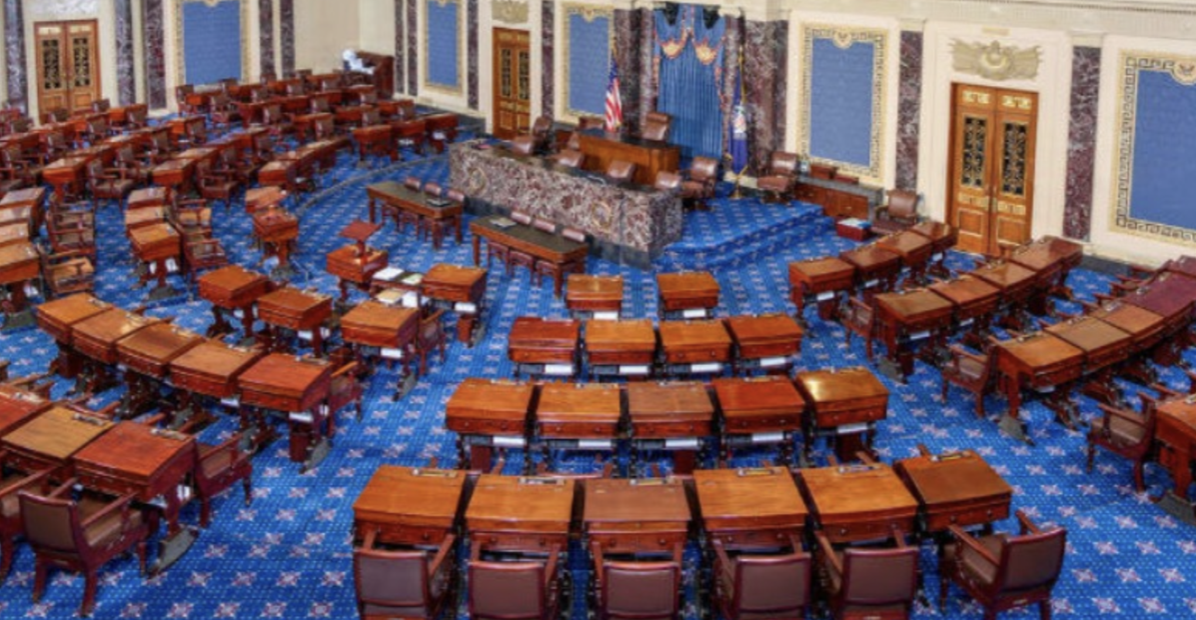 Within minutes of releasing this morning's "Corrupt Politicians Act" update to our team members, Grassfire received an important email from the office of Sen. Mitch McConnell (R-KY). The Senate Minority Leader's staff confirmed that today's "S.2093 (S.1) vote will occur between 5:00 & 6:00 pm today."

Republicans are blasting the so-called For the People Act of 2021 as a "partisan power grab" that's "designed to ensure Democrats never lose another election." Yesterday, Grassfire learned a "dirty secret" about the dangerous, un-American bill. See our previous message below to learn more.

Click here or on the banner below to use the few hours left to make your voice heard! Fax Senators now to demand they PROTECT OUR ELECTIONS and stop "The Corrupt Politicians Act" from becoming law:

Again, Sen. McConnell's office says a cloture vote on the motion to proceed to "S.2093 (S.1) is expected at approximately 5:30 pm" (emphasis theirs). That only gives grassroots patriots, like you, a few more hours to make their voices heard. Thanks, in advance, for taking immediate action.

P.S. If you missed this morning's update about the For the People Act's "dirty secret," please see below. Or go here to fax Senators now:

Grassroots patriots across America are pushing back and making their voices heard to stop the Democrats' election takeover. In the past 24 hours, Grassfire team members have sent THOUSANDS of faxes directly to U.S. Senators, demanding they stop "The Corrupt Politicians Act."

Senate Majority Leader Chuck Schumer (D-NY) has said he will bring S.2093/S.1, the so-called For the People Act of 2021 to the floor for a vote TODAY. But late yesterday, Grassfire learned a "dirty secret" about this dangerous, un-American bill would, according Senate Minority Leader Mitch McConnell (R-KY), "rig the rules of American elections" against Republicans.

Apparently, the legislation isn't popular among moderate Senators, but a "lot of Democrats ... are too scared to speak out against the bill." Politico also reports:

"The dirty secret in Washington is that many high-level Democrats are not wildly enthusiastic about the massive voting rights, political reform and government ethics bill known as the For the People Act. The version that passed the House is considered to be deeply flawed — a messaging bill that was written by staffers … and conceived before many of the problems of 2020 were revealed."

Senate Majority Leader Chuck Schumer (D-NY) has scheduled a vote TODAY on the For the People Act of 2021. But McConnell insists the bill is "a partisan power-grab" by Democrats and "a one-party takeover of our political system." Sen. Ted Cruz (R-TX) dubbed S.2093/S.1 "The Corrupt Politicians Act" and insists it's "designed to ensure that Democrats never lose another election."

Click here or on the banner below to fax ALL 50 Senate Republicans and moderate Democrat Senator Joe Manchin (WV) for only $30. Act now to demand they protect our elections! Or reach the entire United States Senate, 100 faxes in all, for only $50:

ATTENTION GRASSFIRE VIPS: GO HERE TO SEND YOUR "STOP THE CORRUPT POLITICIANS ACT!" FAXES AT AN 80% DISCOUNT!
(Not a VIP? Go here to send this fax at 80% off.)
(Having trouble accessing your benefits? Go here.)

S.2093/S.1 is a dangerous, un-American bill that seeks to tilt ALL future elections toward Democrats. Late last week, McConnell's office provided Grassfire with a "top ten" list with the dangers of S.1/S.2093:

To stop the For the People Act from becoming law, grassroots patriots must take action TODAY! That's why Grassfire created the "Stop The Corrupt Politicians Act!" FaxFire for maximum impact. Tell Republicans AND Democrats to PROTECT OUR ELECTIONS!

For just $30, you can reach all 50 Republican Senators and Sen. Manchin, to demand they vote "NO!" later today! If possible, go the "extra mile" and utilize our LEVEL TWO FaxFire. Reach EVERY member of the United States Senate, 100 faxes in all, for only $50 -- a 50% discount. Click here to fax Senators now.

To see a complete list of FaxFire targets and their contact information, click here. Don't let Democrats ENGINEER future election results, like they did in 2020. Thanks, in advance, for making your voice heard BEFORE today's vote.

P.S. Again, Sen. Schumer has scheduled a vote TODAY (Tuesday) on the For the People Act of 2021 (S.2093/S.1). We're empowering our team members to take immediate action against what Republicans call "a partisan power-grab." Click here or the banner below to PROTECT OUR ELECTIONS by sending your "Stop The Corrupt Politicians Act!" faxes now: