Get the flag NIKE banned! 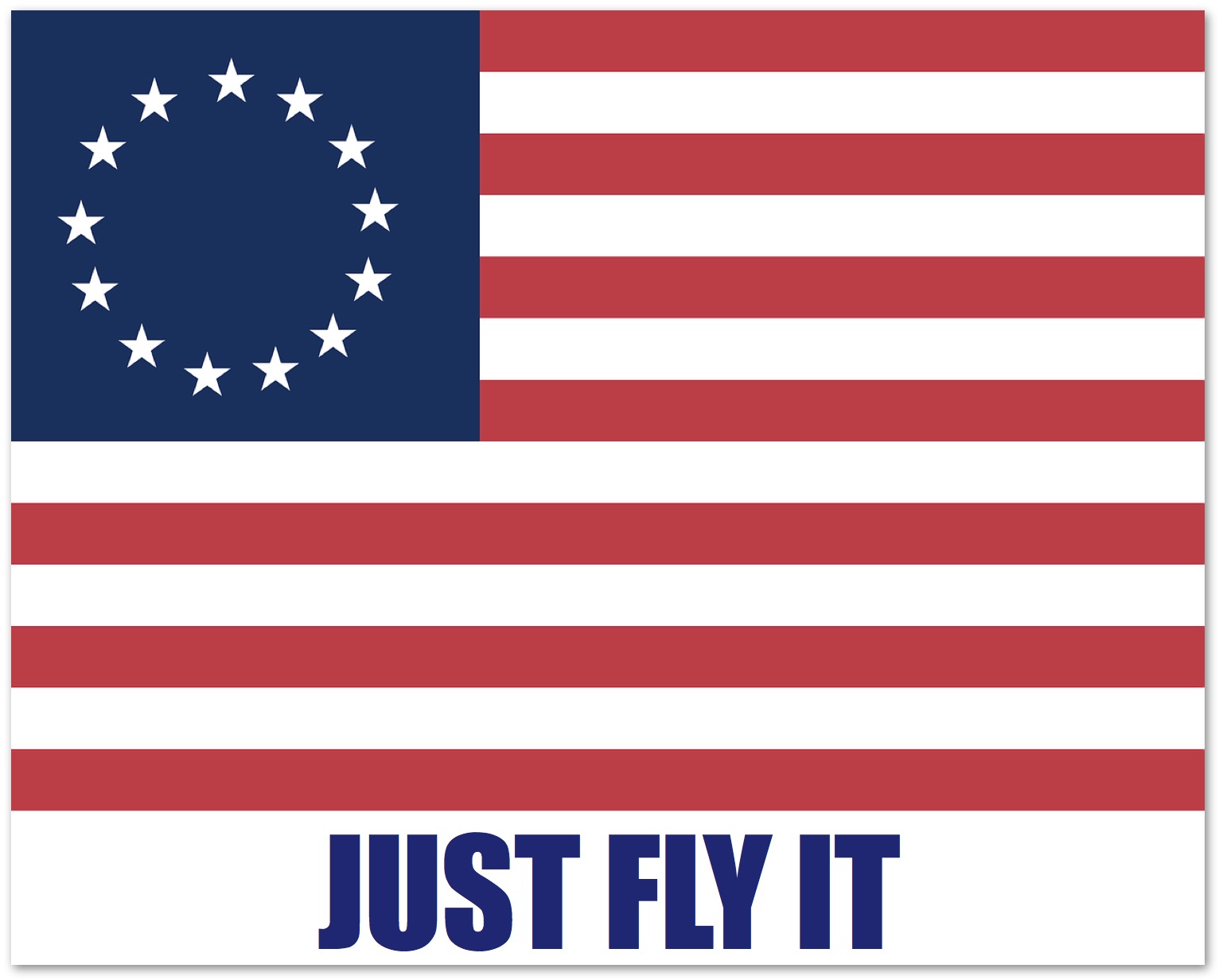 Ever since NIKE banned the iconic Betsy Ross flag, patriotic Americans have been pushing back and reclaiming our roots! Thousands of Grassfire team members have signed our JUST SAY NO TO NIKE petition.

Gallup just released its annual survey on American Pride and the results are revealing...

First, in the nearly 20 years that Gallup has conducted this survey, American pride has never been lower. This is undoubtedly almost entirely due to the Democrats' total hatred of President Trump which then translates into a lack of pride in our country. This year, just 22% of Democrats say they are "extremely proud" of America -- down 50% from 2016.

But here's the most revealing part of the Gallup survey...

During this holiday weekend, we are giving all of our team members access to Grassfire's e-course for American patriots called THRIVING 101.

This course features a series of teachings I recorded on the concept of thriving, and how America has created the best environment in world history for people to thrive. This e-course is designed to call our nation back to our God-given heritage of liberties -- perfect for the July 4th weekend!

Trump DOUBLES DOWN on Citizenship question

Yesterday, President Trump DOUBLED DOWN on his commitment to having a question on citizenship be part of the 2020 Census. Despite conflicting reports from the Commerce Department, Trump tweeted:

"The News Reports about the Department of Commerce dropping its quest to put the Citizenship Question on the Census is incorrect or, to state it differently, FAKE! We are absolutely moving forward, as we must, because of the importance of the answer to this question." 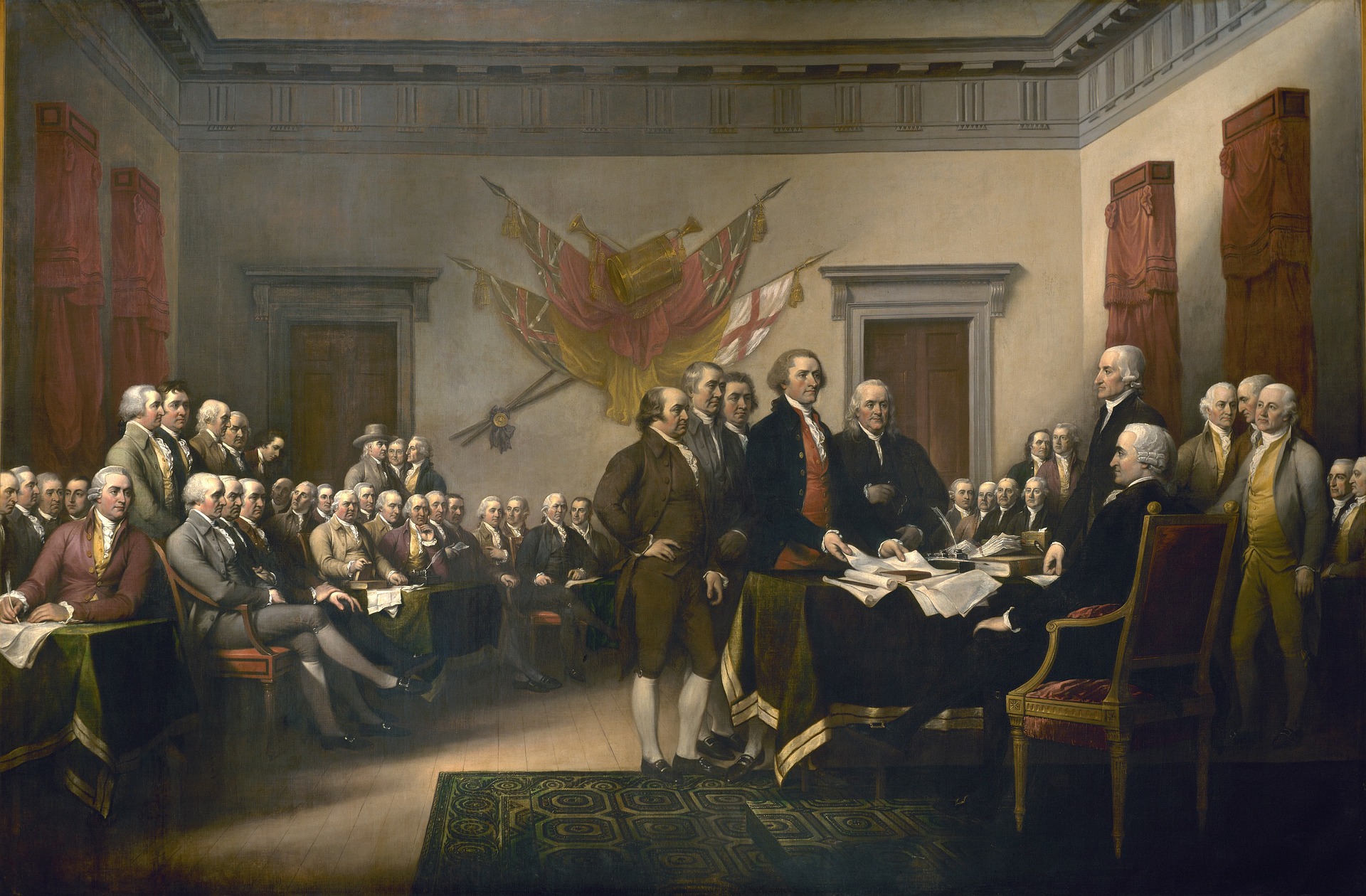 Two hundred and forty three years ago today, the founders of our nation gathered and agreed to a document that began with these immortal words...

"When in the course of human events….”

And thus, the grand American experiment in liberty formally began with a bold Declaration rooted in our understanding of God-given rights, a firm rejection of man-driven tyranny and a profound confession of mutual reliance on Providence and our fellow man.

It was an experiment that would cost many their lives and put everything at risk. Yet at the heart of this Declaration and the very essence of this land we call America is a constant recognition that the future of our nation is perpetually in the balance — determined by each generation’s willingness to stand and sacrifice.

NIKE says "NO" to American flag?

After a complaint from Colin Kaepernick, NIKE withdrew a sneaker that featured an image of the 13-star Betsy Ross flag. Kaepernick and others are claiming that the iconic flag -- considered by many to be the first official flag of the United States -- is somehow racist.

It took just hours for NIKE to bow to Kaepernick, and the shoes were pulled from the market.

Yesterday, Chief Justice John Roberts sided with the four liberal justices in rejecting President Trump's efforts to include a question about citizenship on the U.S. Census. Essentially, the justices ruled that the Trump administration did not show valid justification for adding the question and sent the case back to the lower courts.

This is coming down to RAW PARTISAN POLITICS. Yesterday the Senate overwhelmingly approved President Trump's emergency border funding request. But Pelosi and the House Democrats are refusing to let President Trump win on anything -- even the necessary are reasonable request to help with the crisis at the border.

Grassfire just updated our "SUPPORT TRUMP'S BORDER FUNDING" FAXFIRE to reach key GOP Senators -- including RINOs like Sen. Romney who have resisted the President at just about every turn. If GOP Senators stand firm, Pelosi will not be able to block another win for President Trump.

The Senate is expected to vote in the next 24-48 hours on a $4.5 billion emergency funding package to help The Department of Health and Human Services (HHS) and Immigration and Customs Enforcement (ICE) deal with the massive humanitarian crisis unfolding on our southern border.

Many Democrats are vowing to derail any bill that gives President Trump a perceived "win" regarding his administration's border and immigration policies.

The Department of Health and Human Services (HHS) has warned that the Office of Refugee Resettlement, operated by HHS, could run out of funds in weeks unless Congress approves the emergency funding they need to deal with the massive humanitarian crisis unfolding on our southern border. Last month, President Trump requested $4.5 billion in emergency funding to help fund HHS and ICE in dealing with the crisis.

Democrats are refusing to give President Trump a "win" on anything border related.