7 words from my dad

I was up early yesterday on Father's Day and I couldn't help but think about my dad.

Earl Louis Elliott. Hard to believe he passed away to his heavenly reward 24 years ago, yet on this day, my thoughts flood to him. It's amazing how long a shadow dad casts, but maybe that's the way it's supposed to be.

I want to share one memory and seven words from my dad with you. First the seven words...

+ + Seven words from my dad

The seven words came in a birthday card that arrived at my college mailbox during my sophomore year. I know the card well because it stays in my office. I turn to it often. The card itself is unspectacular. It pictures bicycle with the words, "On your birthday, SON." It's actually a card I would expect one would give to a younger son. Here's the printed greeting:

But that's not what struck me about that card on that birthday over three decades ago. It was the seven words my dad wrote in his unique and unmistakable penmanship that will stay for me forever...

I'm proud of WHO you are Son.

I can't even describe for you what those words did to me on that day, and what re-hearing them in my heart today is doing for me once again. My dad, at that moment, knew precisely what seven words to deliver straight to his son's heart. He knew that his son needed to know that his dad was proud of WHO he was. Not what I would become. Not what I would accomplish. Just WHO I was as his Son.

No matter how much we try, our lives can be restless. We strive to accomplish... to become... to succeed. I wish I could say, three decades later, that I've resolved all my strivings. But to know that I know that I know that my dad is proud of WHO I am still brings tears to my eyes. And to know that my earthly father at best was a dim reflection of my heavenly Father brings even greater comfort to my soul. I can almost hear Him saying...

I promised you one vivid memory from my dad...

It was during high school and our baseball team was playing an afternoon game -- a very inconvenient time for my dad who owned a business and had to leave work early to make the game. That meant he often couldn't get to the games for the start. It was about the third inning and from my vantage point in the dugout, I had a clear view of the parking lot which was far down the left field line.

With his "Granby Bears" hat perched high on his head...

running from the parking lot...

If you're a dad, don't let today pass without letting your kids know that you are well pleased. Run in their direction!

And to all the sons and daughters, I pray that you can see your Father coming in from that left field parking lot.

He's running in your direction!

P.S.  I'm thinking again about those pre-printed words in that birthday card from my dad that at the time seemed a bit juvenile. Thirty years later, I'm sure my dad still wants me to be so resting in my Father's love that I will have a "very happy heart." I developed my thoughts on the importance of Fathers into a special presentation. For more on that, go here. 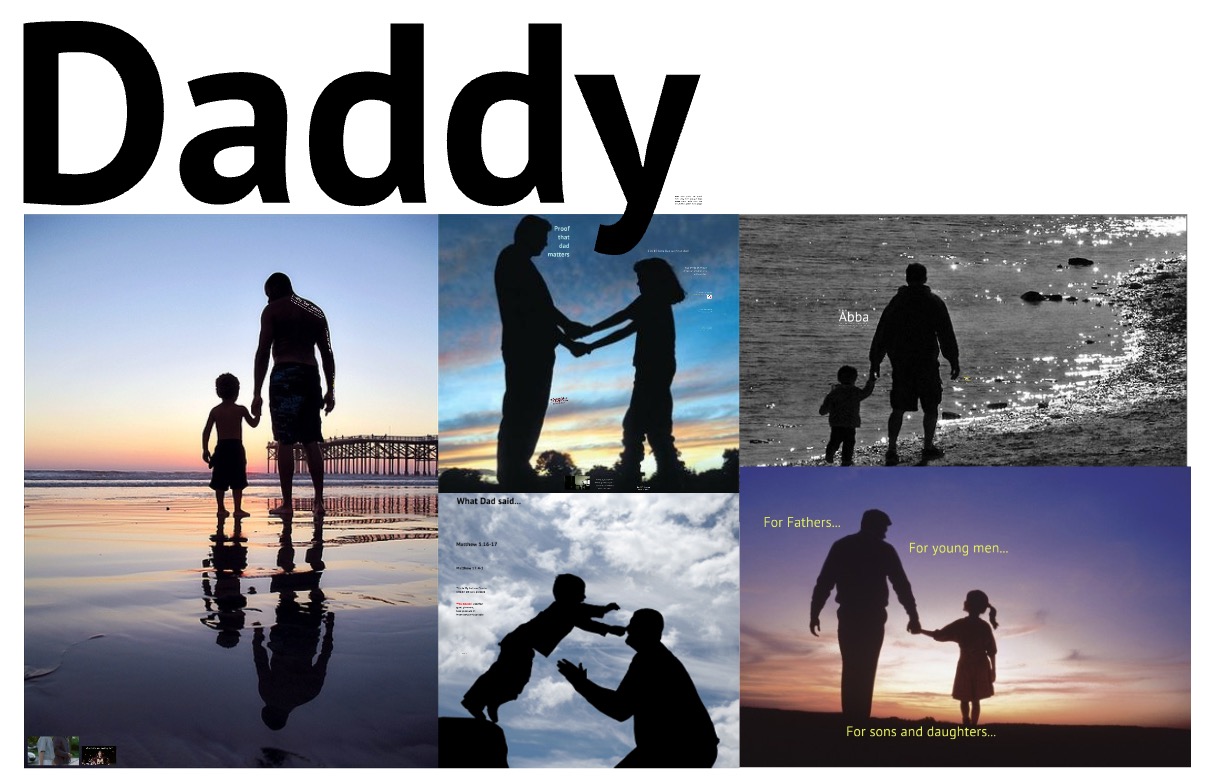