What is it with CNN? 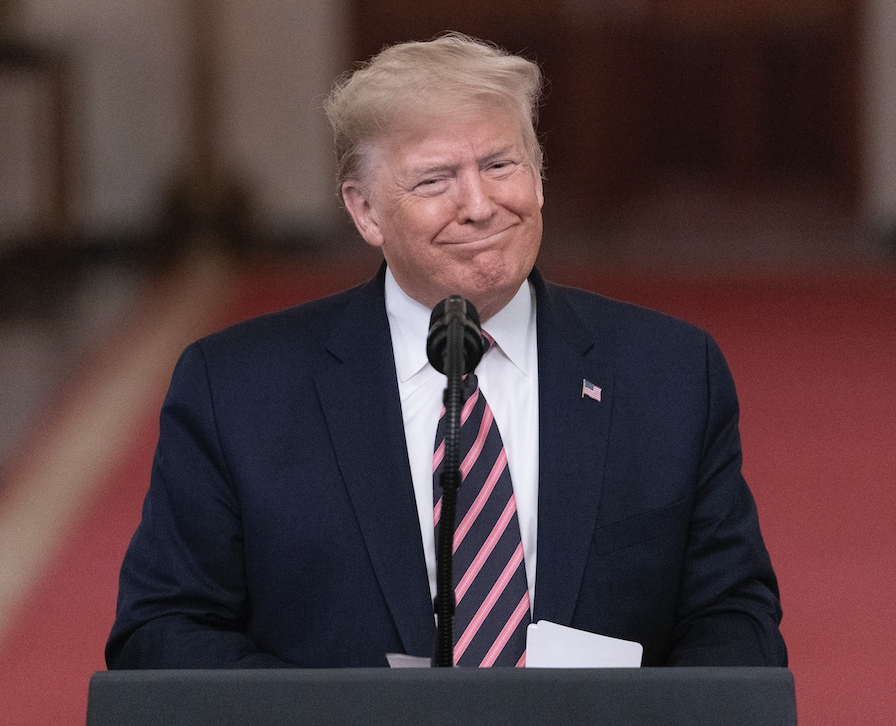 Sometimes you have to wonder what "Fake News" CNN sees that the rest of the world doesn't. After the Trump campaign postponed its New Hampshire event due to bad weather on Saturday, the far-Left news network published an article on Monday about "the fallout from Tulsa" -- a rally that took place 23 days earlier:

Three weeks after the poorly attended Tulsa event, the hangover is still being felt inside the campaign, aides and advisers tell CNN. And safety concerns over bad weather caused the campaign to postpone a rally scheduled for Saturday in New Hampshire, even as skies were expected to be clear by the time Trump took the stage.

Attendance in Tulsa fell well short of what officials had publicly touted, and the event was widely seen as a disastrous attempt to reset the campaign in the midst of the President's falling poll numbers.

Admittedly, Saturday night's postponement even caught Grassfire by surprise. CNN hinted -- and the anti-Trump New York Times proclaimed -- that the event was called off over fears of low attendance. But if just two dozen people had shown up in New Hampshire this past weekend, the rally STILL would have outnumbered a Joe Biden event on June 17, which drew only about 20 supporters. On Twitter, President Trump mocked that event as having "ZERO enthusiasm!" 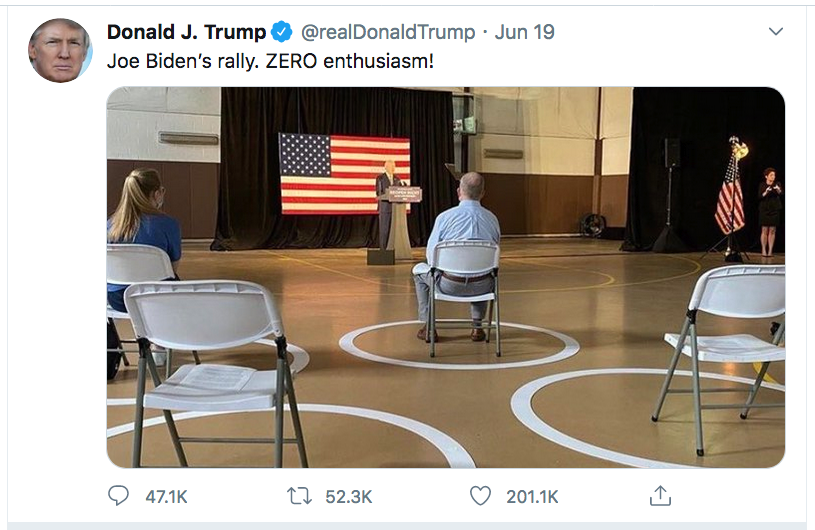 Less than 7,000 people attended the Tulsa rally -- about a third of what the Trump campaign expected. But that's still a lot more than 20! Also, cable-TV viewership of the June 20 event broke a Saturday-night ratings record for FOX News.

Key indicators suggest there's much more election enthusiasm among Republicans than Democrats. Biden seems perfectly content to stay in his basement. He said two weeks ago, "I won't be holding rallies." But the President thrives on them.

That's why Grassfire is giving our team members the opportunity to capture some of the excitement and inspiration from a Trump campaign rally. In Tulsa, the Commander-in-Chief outlined a key difference between Republicans and Democrats: "We believe that faith and family, not government and bureaucracy, are the true American Way!" 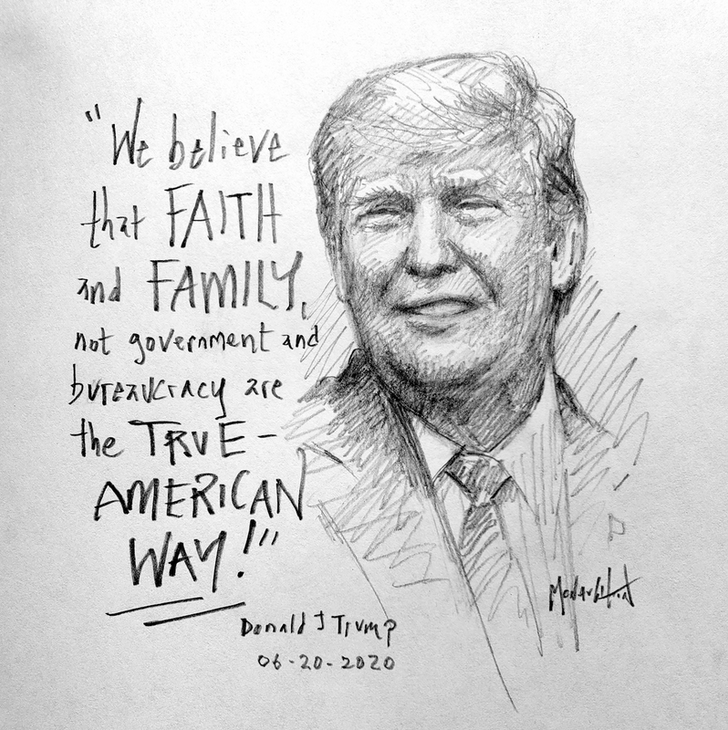 "America's Artist" Jon McNaughton took that powerful quote and created another stunning and inspiring sketch of the President. "Faith And Family" features the quote and a hand-drawn image of Mr. Trump. By special arrangement, McNaughton's office is making these 9" x 9" prints available EXCLUSIVELY to our team members!

Click here or on the banner below now to receive one of McNaughton's "Faith And Family" sketches in appreciation for your contribution of $30 or more. Contribute $50 or more to help Grassfire build, and we'll send you two sketches -- one to keep and another to share. Shipping is absolutely FREE:

Again, McNaughton's 9" x 9" version of his "Faith And Family" sketch is available ONLY to Grassfire team members. But we've acquired only a very limited supply of these presidential keepsakes. So if you want one (or more), we MUST hear from you ASAP!

In appreciation of your contribution of $30 or more to help Grassfire build, you'll receive one of McNaughton's "Faith And Family" sketches. When you contribute $50 or more, we'll send you two. Plus, we'll cover the shipping. Click here.

This new sketch is the perfect companion to the "National Day Of Prayer" and "One Nation Under God" sketches we offered team members earlier this year. Your contribution today will help Grassfire continue amplifying YOUR VOICE in the fight to protect and advance America's founding principles of life, liberty and limited government.

P.S. Please note, this is a limited-edition print. There won't be a second order of these stunning, 9" x 9" hand-drawn sketches. So, if you want to make sure to receive one, we MUST hear from you ASAP. Grassfire simply can't afford to hold a lot of excess inventory at this challenging time in our nation's history, so our supply is extremely limited. Don't wait. Act now! Click here or on the banner below to receive one "Faith And Family" sketch by Jon McNaughton in appreciation of your contribution of $30 or more. Contribute $50 or more to help Grassfire build, and we'll send you two prints. Shipping is absolutely FREE: