What Biden's doing is WORSE than lying... 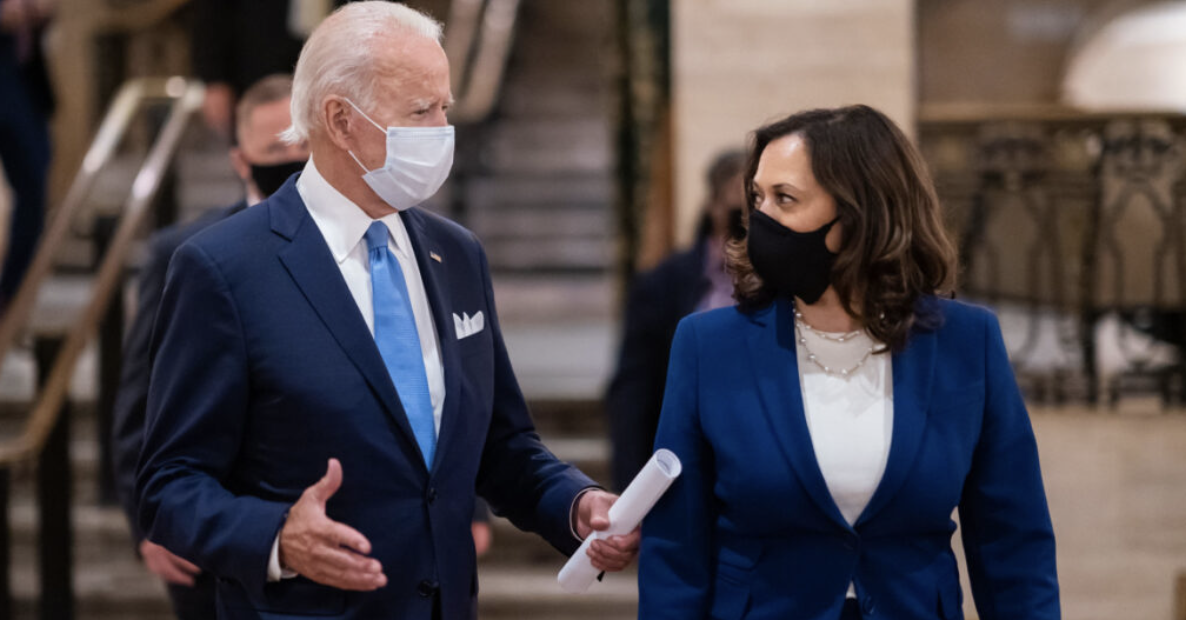 The Anti-Trump, Pro-Biden CABAL is openly lying about the election, and they don't care.

It's actually WORSE than lying...

Since TEAM BIDEN has the liberal media and all of Silicon Valley in their back pocket, the former vice president doesn't even have to lie. He just LAUGHS at anyone who dares to even ask a question about the Biden Crime Family scandal that the New York Post blew open last week.

It happened the other day. A member of the media tried to ask Democrat presidential candidate about his son Hunter's emails, and Biden broke out into full "belly" laughter as he walked away!

The media plays along. They actually joined in the laughter and won't stop calling the mountains of evidence linking Joe to the Biden Crime Family syndicate "just another Russian conspiracy" despite the fact that the Director of National Intelligence dismissed any Russia connection.

And note that Biden has not denied the reality of the evidence taken from Hunter's laptop. They don't need to. ALL THEY NEED TO DO IS "GASLIGHT" THE ENTIRE NATION for 13 more days and they win!

"Gaslighting" is a psychological technique in which a person in power uses manipulation to cause others to question their own fundamental grasp of reality. In this case, despite the mountains of evidence from Hunter Biden's laptop, his signature on the work order, and corroboration from third-party sources, TEAM BIDEN and the media simply "gaslight" the entire episode as if the evidence doesn't even exist!

+ + THIS IS HOW TYRANNY IS BORN

Gaslighting is always dangerous, but right now the stakes couldn't be higher...

THE FATE OF OUR NATION WILL BE DECIDED IN LESS THAN TWO WEEKS AND, AS A RESULT OF NON-STOP GASLIGHTING, TEAM BIDEN'S DECEPTION STRATEGY is on the verge of winning the day! If they prevail, radical Marxists will control the government AND the media AND social media -- giving them unrestrained power over our lives.

That's why I'm coming to you today.

Grassfire has been reporting the TRUTH on all the Left's "gaslighting" for months. We've produced more content in the past several months than at any time in our history. Our team has been ON TOP of all the key issues, with at least daily updates and action items. Plus, I personally have been producing an almost-daily VIDEO BRIEFINGS for our VIPs, as well a daily digest report with dozens of news links the liberal media is ignoring. (Go here to see my most recent VIP Video Briefing as a sample.)

+ + Grassfire was CREATED for this fight!

We have one of the largest email networks in the entire conservative movement, and this is especially important right now because EMAIL IS ONE OF THE FEW AVENUES OF ONLINE COMMUNICATION the Silicon Valley Overlords cannot easily censor and silence! Grassfire's influence and impact has never been more vital. In all, we've been getting the message out to about a MILLION people every day.

YET, I FEEL WE MUST DO MORE -- especially during this final countdown to November 3!

I want to reach hundreds of thousands of liberty-loving citizens -- especially in the key battleground states -- with the TRUTH that will break through the gaslighting and lies and deceptions.

Because we have such a large "footprint" in email, web and social media, Grassfire is in a unique position to EXPAND that footprint -- if we had the resources to make it happen.

We run a remarkably lean "ship" here. My team is MAXED right now in getting the truth out through our existing channels. To do more before Election Day, I NEED HELP RIGHT NOW -- in the next 48 hours.

Specifically, I want to get the TRUTH out to ONE MILLION additional conservative citizens before Election Day. But we need support OVER AND ABOVE our normal operating budget to do that.

If just 300 Grassfire friends could step forward right now, it could make all the difference as we work alongside other liberty-based organizations to break through the Left's lies and gaslighting!

Can I count on your help?

If you believe in the mission and work of Grassfire, we're asking you to prayerfully consider helping us break through the Left's lies and the high-tech censorship between now and Election Day to reach millions of citizens with the TRUTH. Will you contribute $30, $50, $75, $100 or more today to help Grassfire fight back? If so, please go here:

+ + Gifts for you: our MOST IMPORTANT Trump resource and VIP access!

If you can help Grassfire fight back with a contribution of $30 or more right now, I want you to have two critical resources...

First, we have just a few hundred copies of our special COLLECTOR'S PUBLICATION called "Defending America's Greatness" that features President Trump's watershed speech at Mt. Rushmore earlier this year. That speech encapsulates precisely what this election is about: Will we DEFEND AMERICA, or will we DESTROY AMERICA? I'll rush you a copy of "Defending America's Greatness" if you can help Grassfire THIS WEEK.

Second, if you can help with $30 or more, we'll also grant you VIP access from now through the end of the year.

As I noted, I have been producing exclusive reports for our VIPs most every weekday -- and will continue this through the election. I want you to have access to these updates in appreciation of your support right now.

Will you stand shoulder-to-shoulder with Grassfire today? Go here to HELP GRASSFIRE FIGHT and receive these two critical resources:

I believe TRUTH will prevail, but we must get the truth into the hands of as many people as possible.

Grassfire is in a unique position to do just that BECAUSE OF OUR MASSIVE DIGITAL FOOTPRINT that is beyond the control of the Silicon Valley elites.

But to make this happen right now, I need your help.

Thanks in advance, and God bless you!

P.S. We need about 300 friends to go the "extra mile" with Grassfire right now. You can help us provide the resources beyond our normal budget so we can expand our efforts in this fight. Few organizations in the country can inform and equip hundreds of thousands of citizens like Grassfire can. But we need your support to continue fighting until Election Day and beyond. If you can support us with a contribution of $30 or more today, we'll send you "Defending America's Greatness" and grant you VIP status through the end of the year. Go here to request your resources when you help Grassfire fight: