Yesterday, the House voted to pass the DIRTY DEFICIT DEAL that ADDS $2 TRILLION in NEW DEBT (on top of the trillions already in the budget) and creates annual TRILLION DOLLAR deficits well into the future.

The good news is, a majority of Republicans voted against the dirty deal. The BAD NEWS is, this dirty deal doesn't get done without GOP support... and a good, warm embrace on the House floor.

...between GOP Rep. Womack and his Democrat counterpart, shortly after they sealed their collusion to get this monstrosity passed. We pulled off the video for you so you can see Womack walk across the House floor to give a firm handshake AND A HUG to his Democrat counterpart. If a picture is worth a thousand words, this video is worth about TWO TRILLION DOLLARS IN ADDITIONAL DEBT THAT OUR CHILDREN AND GRANDCHILDREN WILL BE SADDLED WITH: 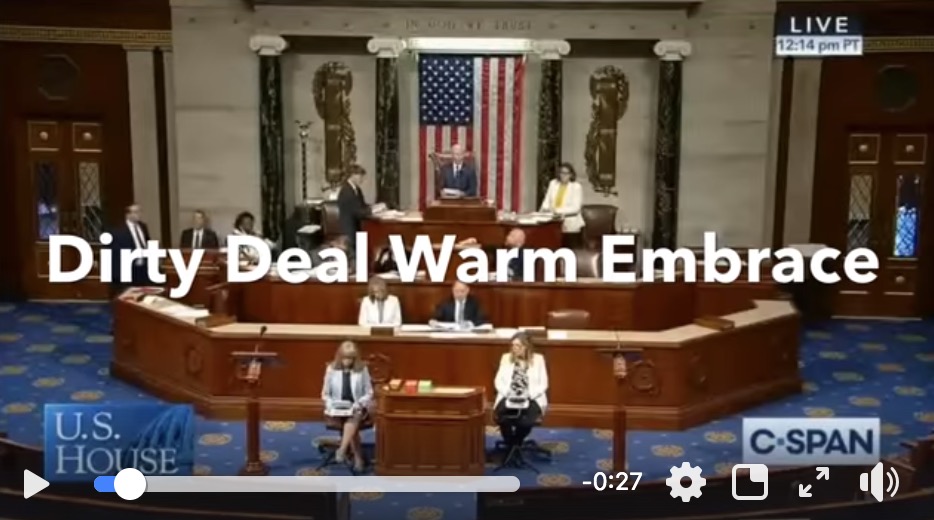 So what do we do now?

We keep standing for liberty and limited government.

And we demand the REPUBLICAN CONTROLLED SENATE to do the right thing and STOP THIS DIRTY DEAL.

This weekend, we have a simple goal: connect 10,000 citizens to stand for this fight. Grassfire's "DIRTY DEFICIT DEAL" petition is designed as a rallying point for grassroots conservatives who are fed up with the federal government's ongoing spending addiction.

If you are outraged, go here to add your name to the STOP THE DIRTY DEFICIT DEAL" petition:

After you sign, we'll ask you to rally your friends.

That's all. If/when we get 10,000 signers, we'll HAND DELIVER the petitions to Majority Leader McConnell.