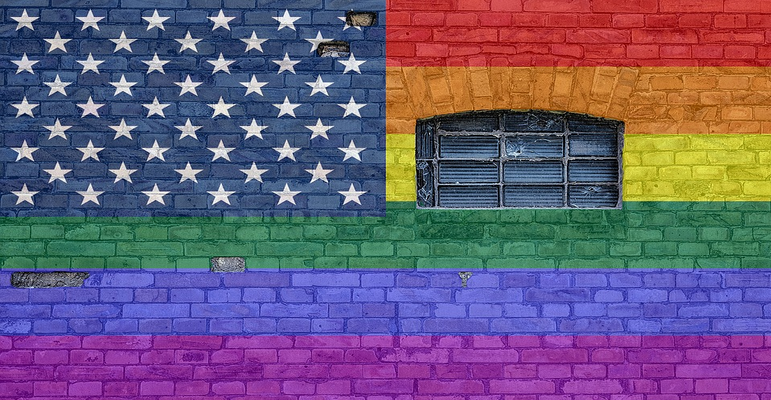 Grassfire has learned that at least three Republican Senators are working on an Equality Act "compromise." That's simply unacceptable due to the threat that the extreme, pro-LGBTQ bill poses to religious freedom and people of faith. Please read tonight's urgent update, or click here to fax Senators now.

Reportedly, Concerned Women for America, the Family Research Council, the U.S. Conference of Catholic Bishops and American Principles Project "were asked to come up with 'guiding principles' for a bill that would include the discrimination protections of the Equality Act while including guardrails to protect religious groups." RINO Senators are said to be seeking "a suitable alternative" to the radical, pro-homosexual and pro-transgender legislation. According to the blockbuster report released this weekend:

The senators’ respective offices did not respond to repeated requests for comment from Fox News, but one source familiar with the meeting told Fox that it could lead to what they saw as a "nightmare" situation where a bill with religious compromises gets enough Republican votes to pass the Senate -- before the religious protections are killed by courts.

"Squishy Republicans"? They're the worst kind! For too long, conservative Americans have put up with spineless GOP lawmakers and their horrible "Play Fight And Surrender" strategy. The misnamed Equality Act is the GREATEST THREAT TO RELIGIOUS LIBERTY our nation has ever seen. If you oppose this anti-faith, pro-LGBTQ bill, embolden GOP lawmakers to fight it now!

Click here or on the banner below to instantly send "Stop The 'Equality' Act!" faxes to all 50 Republican Senators (and moderate Democrat Joe Manchin of West Virginia) for only $30. Or reach EVERY member of the U.S. Senate (100 faxes) for just $50:

Just days ago, we told you how National Review insists that the so-called Equality Act "must never become law" because the anti-faith, pro-LGBTQ bill would "gut" current protections offered by 1993's Religious Freedom Restoration Act (RFRA).

"The left intends to eviscerate the RFRA to obliterate the existing right to medical conscience and force full societal compliance with their cultural agendas," the conservative magazine warns. "Republicans in the Senate must hold the line."

A GOP compromise -- any compromise -- is NOT "holding the line." Instead, it opens the door for installing a radical, pro-transgender, pro-homosexual agenda through the courts. If you agree, take immediate action to demand Republican Senators "Stop The 'Equality' Act!" from becoming law.

Radical Democrats in Congress tried to rush the bill to Joe Biden's desk during his "First 100 Days" in office. They failed. Still, Senate Majority Leader Chuck Schumer (D-NY) has positioned the "Equality" Act so he can call a vote on it at any time!

Democrats need 10 Republicans to "break ranks" and vote "Yes" to pass H.R.5. For just $30, you can instantly fax every GOP Senator and Sen. Manchin. Urge them to stand firm and stay united, so the anti-faith, pro-LGBTQ bill doesn't reach Joe Biden's desk. Or reach every member of the U.S. Senate (100 faxes) for only $50. Click here to instantly send your "Stop The 'Equality' Act!" faxes to Senators now.

Don't let GOP Senators negotiate a "compromise" that sacrifices religious freedom at the "altar" of political correctness. Click here to fax Republicans in the Upper Chamber now. Demand they "Stop The 'Equality' Act!" from reaching Joe Biden's desk. To send your own faxes, click here for a list of FaxFire targets and their contact information. Thanks, in advance, for taking action.

P.S. H.R.5 is the greatest threat to religious liberty that America has ever seen. Page 25 of the bill specifically invalidates legal protections provided by the Religious Freedom Restoration Act of 1993. But you can take immediate action to defend religious freedom; ensure a level playing field for women's and girls' sports; protect born and unborn children; and validate the scientific difference between sex at birth and chosen gender. Click here or on the banner below to instantly send your "Stop The 'Equality' Act!" faxes to Senators now: