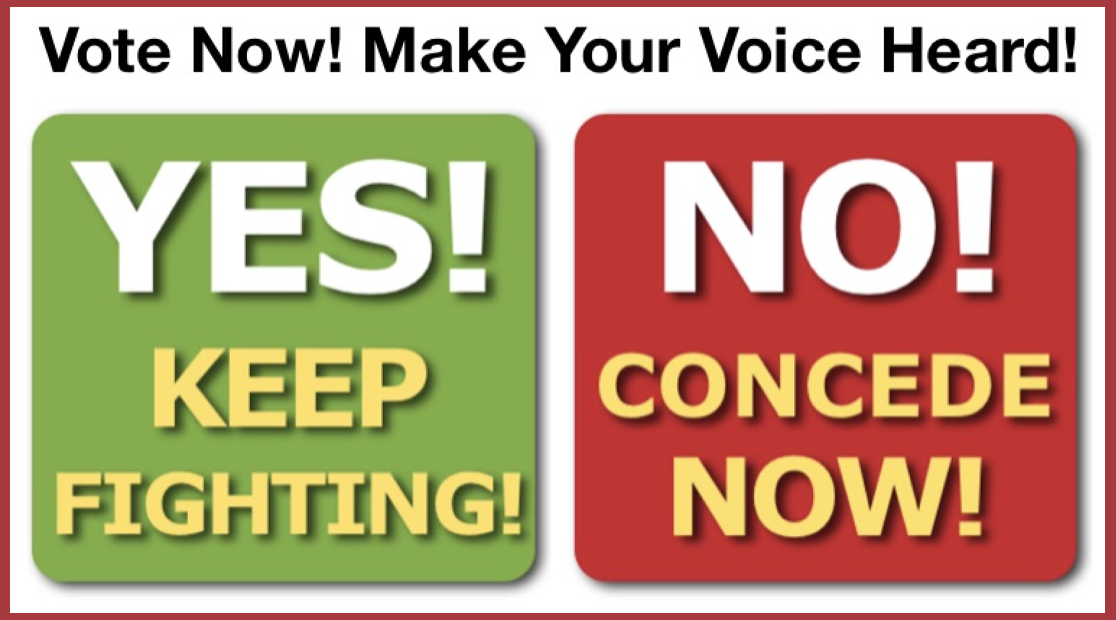 Members of the Electoral College met across the country yesterday to cast their vote for president. As expected, Joe Biden crossed the critical 270 vote threshold, so FAKE NEWS is saying he's "officially" the president-elect.

But yesterday was only a precursor for when Congress votes to certify those results on January 6, 2021, and the presidential inauguration isn't until two weeks later. So, nothing is really "official" until next year, which means there's still time to STOP THE STEAL!

President Trump is still fighting. Early this morning, he tweeted: "This Fake Election can no longer stand. Get moving Republicans." Do you agree?

Should America's Commander-in-Chief keep pushing the GOP to expose the voter fraud and violations of election law in several states? Or should he finally give up and concede?

Grassfire wants to know what you think. Please make your voice heard now in our "Keep Fighting?" QuickPoll. We've been asking our team members to vote since Saturday, and the response has been overwhelming!

But with President Trump's call for Republicans to "get moving," we want to rush the results of the "Keep Fighting?" QuickPoll to the offices of House and Senate leaders TODAY! Grassfire is, literally, in the FINAL HOURS of this poll. You only have until close of business today to cast your vote.

Your response today will help shape Grassfire's future messaging on this important issue. So thanks, in advance, for taking action via our "Keep Fighting?" QuickPoll today. We'll share final results tomorrow.