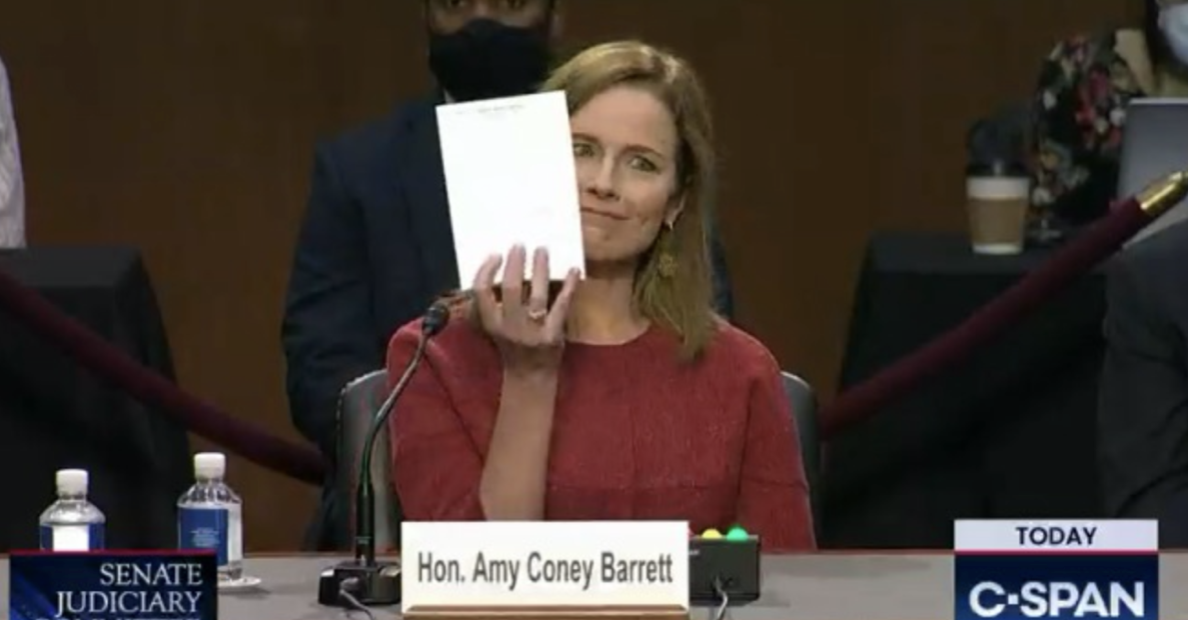 But the fight to seat this highly qualified nominee is still raging. Democrats are trying to prevent or stall upcoming votes to seat Barrett before Election Day. You can help by contacting Senators TODAY to demand they "Confirm Amy Now!"

Amplify the impact of Grassfire's petition delivery by faxing key lawmakers and calling on them to support President Trump's Supreme Court nominee. By utilizing our unique FaxFire system, you can instantly reach into congressional offices in Washington, D.C. to demand they "Confirm Amy Now!"

Click here or on the banner below to immediately fax your Representative, your two Senators and other EVERY Republican Senator on the Judiciary Committee for ONLY $15:

The ABA Journal reports that Judge Barrett "received a 'well-qualified' rating, the committee’s highest rating, from a substantial majority" of the American Bar Association Standing Committee on the Federal Judiciary. The journal also says lawyers and judges offer "high praise" for the President's nominee:

There's absolutely NO REASON why Judge Barrett should not be seated on the United States Supreme Court by next week. Pushing her nomination over the finish line may require some hard work and unflinching unity by Senate Republicans in the coming days. But you can demand they get it done! Click here to fax now.

You only have about 24 hours left to send your personalized "Confirm Amy Now!" faxes, if you want them to reach key Senators BEFORE tomorrow's vote. To see a full list of fax targets and their contact information, click here. Thanks, in advance, for taking action today.

P.S. Again, the Senate Judiciary Committee will vote TOMORROW (Thursday) to move Amy Coney Barrett's nomination to the Senate floor for a full vote by members of the "Upper Chamber" next week. You can increase the impact of yesterday's petition delivery by faxing key Senators now. Reach EVERY Republican member of the Senate Judiciary Committee for just $15, or utilize the "Level Two" option of the "Confirm Amy Now!" FaxFire to reach every Republican Senator at a 37% DISCOUNT. Choose "Level Three" and urge EVERY member of the U.S. Senate to confirm Judge Amy Coney Barrett at 50% OFF our regular price. Click here or on the banner below to fax now: