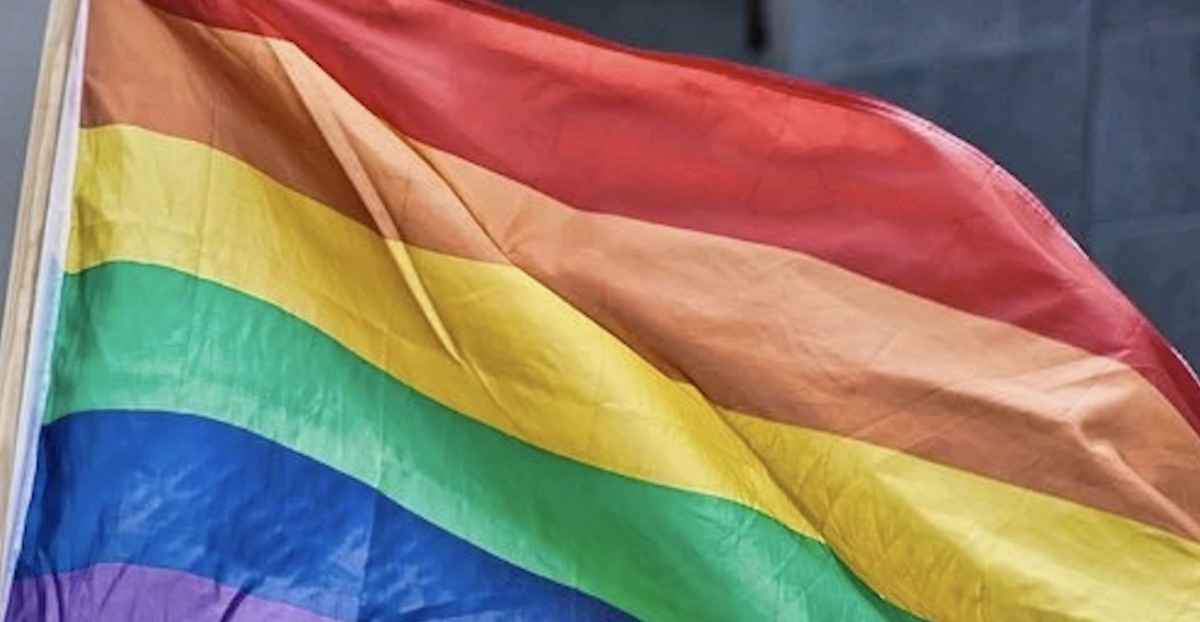 Grassfire wants to share more about the Decision magazine article we featured in this morning's "Equality" Act update. (See below.) There's some important information from Family Research Council's Tony Perkins and David Closson that we simply didn't have space to include earlier. In their piece, "Equality Act Assails Religious Freedom," the authors warn:

The Equality Act’s consequences would be precedent-setting. Individuals with religious or moral views disfavored by this legislation would lose their most robust legal defense against a violation of their rights. And medical personnel exercising their best medical judgment risk discrimination litigation if they do not adhere to the gender identity ideology of the Equality Act.

If the bill becomes law, those who are already seeking to dictate what happens in our homes and what our children are exposed to will use the Equality Act as a legal cudgel and attempt to force us to acquiesce to the demands of their anti-Biblical worldview. ...

Isaiah 5:20 [NIV] warns us, "Woe to those who call evil good and good evil, who put darkness for light and light for darkness." We are blind if we do not see that this is exactly what our government is doing through the Equality Act. And we cannot tolerate discrimination masquerading as equality.

This anti-faith, pro-LGBTQ bill is an attempt by radical Democrats, the Unhinged Left and the "woke mob" to force people of faith to accept their extreme, pro-transgender, pro-homosexual agenda. That's why Grassfire is empowering our team members to take a bold stand to DEFEND religious liberty and FIGHT the so-called Equality Act.

Click here or on the banner below to instantly fax your personalized "Stop The 'Equality' Act!" message to all 50 Senate Republicans and moderate Sen. Joe Manchin (D-WV) for just $30, or reach EVERY member of the Senate (100 faxes) for only $50:

The "Equality" Act passed the House in February, but needs 60 votes to advance in the Senate. That means, 10 GOP Senators will need to side with Democrats and vote "YES" for H.R.5 to become law. If you oppose this anti-faith, anti-woman, anti-child and anti-science bill, make your voice heard! Use our unique FaxFire system to contact Senators now. Thanks, in advance, for taking action today.

P.S. In case you missed this morning's "Equality" Act update, we've included it below. Find out what else the Decision magazine article revealed about the far-left's plan to "unleash an unprecedented assault on religious freedom and Biblical values." To take immediate action in defense of faith and liberty, click here or on the banner below now. Send your personalized "Stop The 'Equality' Act!" faxes to all 50 GOP Senators and moderate Sen. Joe Manchin (D-WV) for only $30:

This month’s Decision magazine, published by the Billy Graham Evangelistic Association, calls the misnamed Equality Act "one of the most anti-life, anti-family, and anti-faith bills in American history." In the April issue's cover story, Tony Perkins and David Closson of the Family Research Council explain how the "deceptively named bill" is an all-out attack on religious freedom and people who hold a biblical worldview: 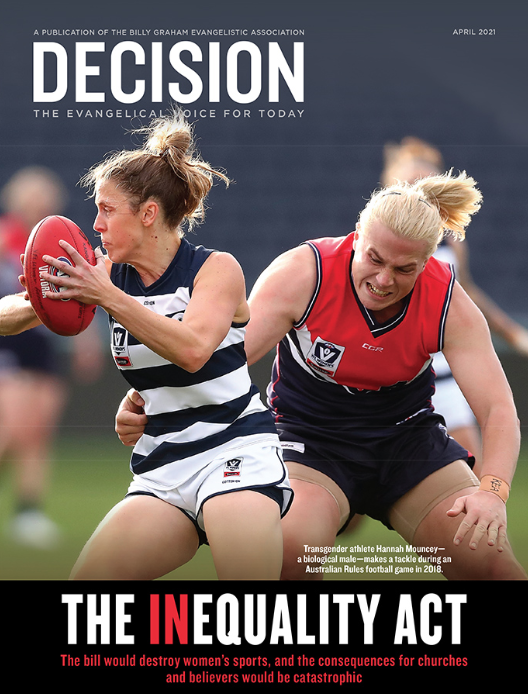 The irony is that the Equality Act’s supporters claim that it would help eradicate discrimination in our society. This sounds nice. God’s Word teaches that everyone is created in the image of God; therefore, Bible-believing Christians believe everyone deserves to be treated with dignity and respect. But the Equality Act does nothing to end discrimination. In fact, if 60 U.S. senators vote in favor of the bill, the new law would unleash an unprecedented assault on religious freedom and Biblical values, accelerating discrimination against tens of millions of Christians and people of faith.

The article, published online on April 1, confirms much of Grassfire's reporting on the Equality Act. It explains how the bill "is radically pro abortion"; "would be detrimental to women’s equity, privacy and safety"; and "expressly exempts itself from the Religious Freedom Restoration Act." The writers' conclusion is a strong warning to people of faith:

The Equality Act demands conformity to a worldview antithetical to Christianity. It forces all Americans to go along with a lie about the innateness of biological sex. It opens the floodgates to abortion and tramples the religious liberty of anyone who disagrees with the ideology of the "moral revolution." Therefore, it must be vigorously opposed.

If you agree, Grassfire is empowering our team members to "vigorously oppose" this anti-faith, anti-woman, anti-child legislation. Send your personalized "Stop The 'Equality' Act!" message to Senators now. Click here or on the banner below to immediately fax all 50 GOP Senators -- and Senate moderate Joe Manchin (D-WV) -- for just $30. Or you can reach EVERY member of the U.S. Senate (100 faxes) for only $50:

+ + Take Action To Stop The "Equality" Act By Faxing Now!

Approved by the House in late February, radical Democrats are trying to PUSH the bill through Congress as quickly as possible. Senate Majority Leader Chuck Schumer (D-NY) has positioned the bill so he can call a vote on H.R.5 at ANY TIME. With the Upper Chamber back in session this week, grassroots patriots must make their voices heard!

The "Equality" Act needs 60 votes to pass the Senate. That means, 10 GOP Senators will need to side with Democrats and vote "YES" for H.R.5 to become law. So, Grassfire is empowering our team members to instantly send personalized faxes to Senators on Capitol Hill. You can take immediate action against the anti-faith, pro-LGBTQ bill by signing the national "Stop The 'Equality' Act!" petition now.

If you oppose this anti-faith, anti-woman, anti-child and anti-science legislation, make your voice heard! Click here or on the banner below to fax Senators now:

H.R.5 insists that pro-faith Americans CANNOT disagree with an extreme, far-left, pro-LGBTQ agenda without severe personal and financial implications. As Decision magazine noted, it threatens to invalidate "The Religious Freedom Restoration Act of 1993" -- a crucial law passed to guarantee and protect the sincerely held beliefs of Christians and other people of faith.

If signed into law, the so-called Equality Act would impact Christian schools and universities, churches, faith-based organizations (including adoption and foster-care providers) and Christian businesses. Medical professionals could be forced to choose between breaking the law or violating their faith. Also, the bill would harm women and girls by erasing significant safety, privacy and equality rights, while defending abortion as "sex discrimination."

The "Equality" Act threatens to put Christians and other people of faith on the wrong side of the law. Radical Democrats, the Unhinged Left and the woke mob want to punish anyone who refuses to bow to their anti-faith, pro-LGBTQ agenda. That makes this far-left bill one of the GREATEST THREATS to religious liberty that America has ever faced.

P.S. The number of people who could be harmed by the so-called Equality Act (H.R.5) is staggering. For months, Grassfire has been warning that the dangerous, pro-LGBTQ bill is a threat to the constitutional rights of women, girls, medical professionals, foster children, orphans, the unborn and people of faith. The "Equality" Act sacrifices religious liberty on the "altar" of political correctness. Click here or on the banner below now to instantly fax Senators and demand they vote "NO!" on this dangerous, anti-faith legislation: