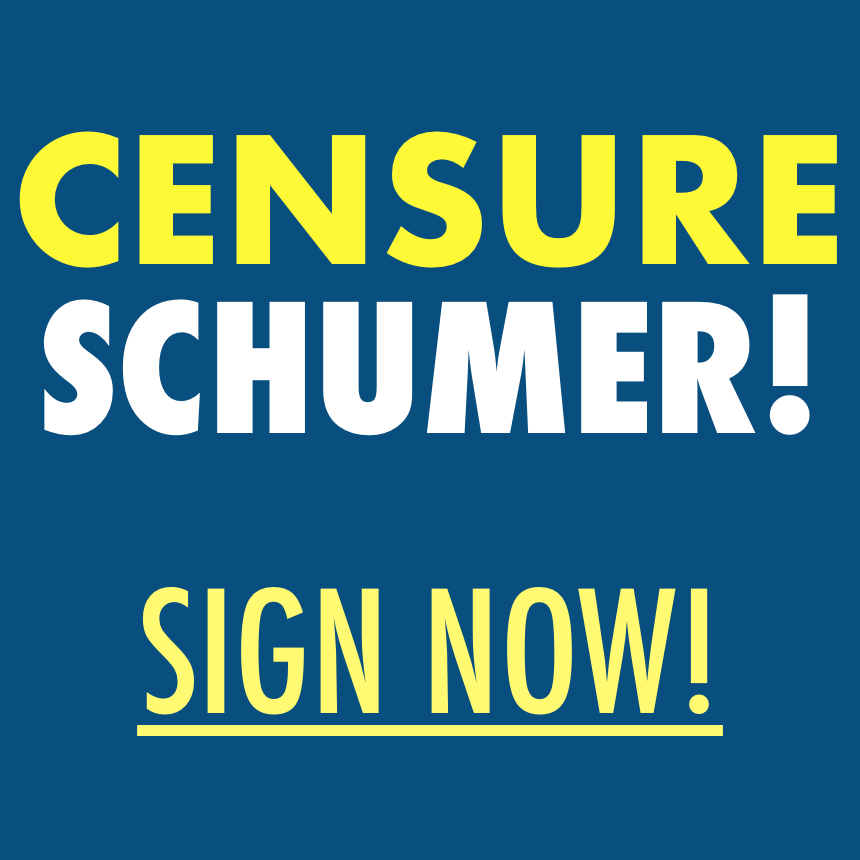 The top-ranking Senate Democrat may have thought he simply was delivering an "applause line" in front of a "friendly" crowd of abortion supporters. But his comments were a reprehensible and purely partisan verbal assault against two excellent and esteemed jurists.

As a direct response to Schumer's hateful rhetoric, Grassfire is empowering our team members to call on Congress for the immediate censure of the Senior Senator from New York. His threats against the judicial branch, which exists to protect the rights of EVERY AMERICAN, should result in an official reprimand from his colleagues in the "Upper Chamber."

"Contrary to what the Democratic Leader has since tried to claim, he very clearly was not addressing Republican lawmakers or anybody else. He literally directed the statement to the Justices, by name. And he said, quote, 'if you go forward with these awful decisions,' which could only apply to the Court itself. The Minority Leader of the United States Senate threatened two Associate Justices of the U.S. Supreme Court. Period. There’s no other way to interpret that."

Later, Schumer apologized for yesterday's tirade saying, "I shouldn’t have used the words I did, but in no way was I making a threat. I would never do such a thing."

He blamed Republicans for a "gross distortion" of his words. Schumer also claimed that Republicans "try to accomplish through the courts what they would never accomplish in the court of public opinion."

But the law he was protesting yesterday was passed by the duly elected Louisiana legislature in 2014. Abortion rights supporters are challenging that law in an attempt "to accomplish through the courts what they would never accomplish in the court of public opinion." So, Schumer was wrong yesterday, and he's wrong again today.

If you think the Senior Senator from New York should be officially reprimanded for his threats against Justice Gorsuch and Justice Kavanaugh, join other grassroots patriots who are making their voices heard. Click here to sign the "Censure Schumer!" national petition now.

P.S. Schumer also said his "strong language" is a result of being from Brooklyn, New York. If he was just "some guy from the neighborhood," that lame excuse might fly. But he's the top-ranking Democrat in the United States Senate. He needs to be held to a higher standard than what he displayed yesterday. Click here or on the banner below now to add your name to the national "Censure Schumer!" Petition: