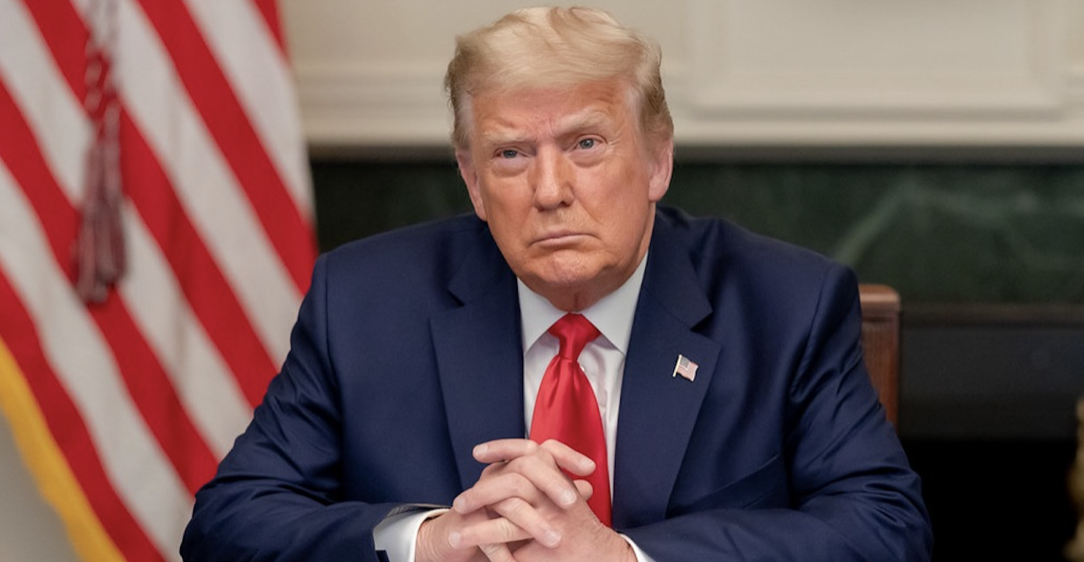 President Trump issued two official statements yesterday blasting Joe Biden and the Democrats' SPENDING SCAM. Both were emailed to Grassfire after being published on the 45th president's personal website. The first one warned GOP Senators to stand strong and NOT pass an infrastructure package this year:

Senate Republicans are being absolutely savaged by Democrats on the so-called "bipartisan" infrastructure bill. Mitch McConnell and his small group of RINOs wants nothing more than to get a deal done at any cost to prove that he can work with the Radical Left Democrats. It is so important to him that he is agreeing to almost anything. Don't do the infrastructure deal, wait until after we get proper election results in 2022 or otherwise, and regain a strong negotiating stance. Republicans, don't let the Radical Left play you for weak fools and losers!

President Trump's second statement a short time later wondered why RINOs "are so dedicated to giving the Radical Left Democrats a big and beautiful win on Infrastructure?" Once again, Mr. Trump is right. A handful of so-called Republicans in the Senate continue working with Democrats and Majority Leader Chuck Schumer (D-NY) to cut a deal that would spend $1.2 trillion of taxpayer money on "infrastructure."

Dirty, backroom deals are being discussed, right now, on Capitol Hill. A handful of RINOs are aligning with Democrats to fund progressive, far-left wish-lists under the guise of building and repairing roads, bridges, ports, the U.S. energy grid, etc. Reportedly, LESS THAN HALF of the $1.2 trillion will be spent on actual infrastructure. The New York Post says $621 billion will be "redirected" -- most likely to Democrat pet projects.

Our sources and analysis of recent news from Washington, D.C. tell us the next 48 hours will likely determine if Mr. Biden's SPENDING SCAM passes the Senate. Democrat arm-twisting and RINO capitulating continues. There's never been a more important time to let GOP Senators know where you stand. If you agree with President Trump, take immediate action to make your voice heard!

Click here or on the banner below to fax all 50 Senate Republicans and moderate Democrat Senators Joe Manchin (WV), Kyrsten Sinema (AZ) and Jon Tester (MT) for just $30. Or reach all 100 U.S. Senators for only $50 to demand they "Stop The Spending Scam!" now:

Schumer needs 60 votes for the Senate to move forward on Joe Biden and the Democrats' $1.2-trillion SPENDING SCAM. Ten of the 50 GOP Senators will have to vote "Yes" for the bill to survive. But if patriots, like you, want to "Stop The Spending Scam," Senate Republicans and moderates MUST continue to hear from you.

Just because Schumer's first procedural vote on July 21 failed, that doesn't mean the fight is over. Republicans won the first battle but could still lose the war. Make your voice heard and tell Senators to "Stop The Spending Scam!" Click here to fax now.

If Senate Republicans eventually cave, U.S. taxpayers could be on the hook for $3.5-trillion in FUTURE SPENDING on more far-left, progressive wish-lists. Democrats want to use this $1.2-trillion bill as leverage for a massive bill that will push America toward full-blown socialism. Click here to fax Senators now!

To send your own faxes to Senators on Capitol Hill, click here. You'll find Grassfire's list of "Stop The Spending Scam!" targets and their contact information. Thanks, in advance, for taking action today.

P.S. Again, the next 48 hours are crucial to determining whether or not a dirty, backroom deal will get the SPENDING SCAM passed by the Senate and become law. A "compromise" deal between RINOs and Democrats could happen at any time. Before it does, you can demand Senators "Stop The Spending Scam!" Go here to fax now: