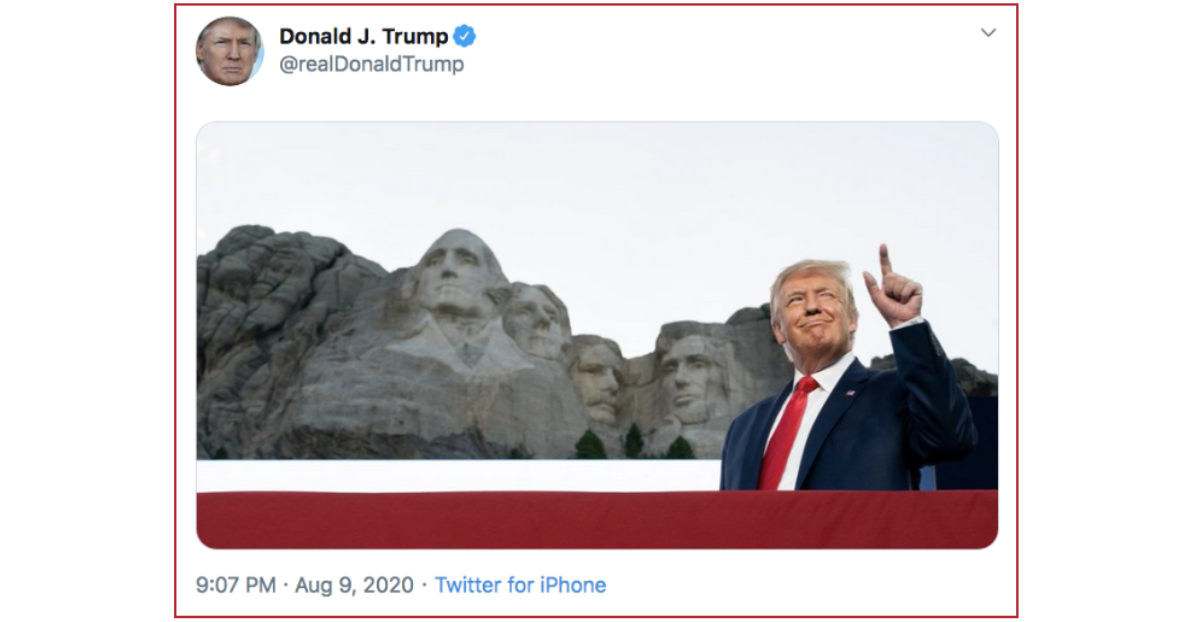 President Trump criticized The New York Times and CNN on Sunday for publishing a story that he insists isn't true. Here's what he tweeted: 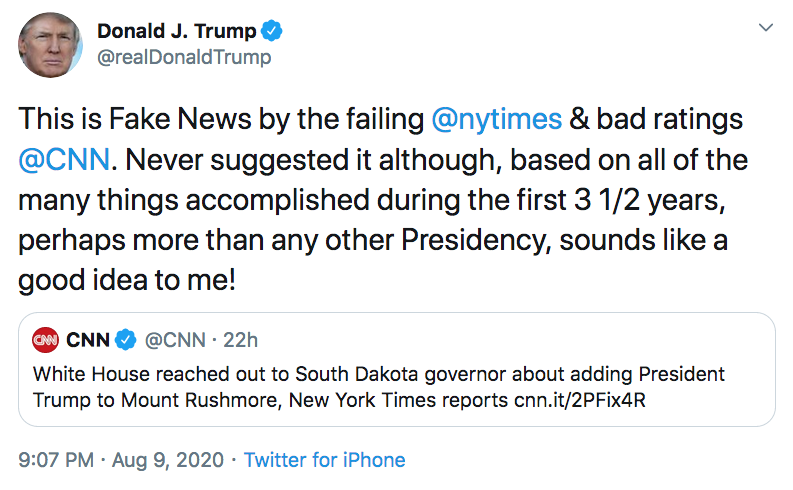 But that wasn't all the President did to "troll" the FAKE NEWS media. He also tweeted this: 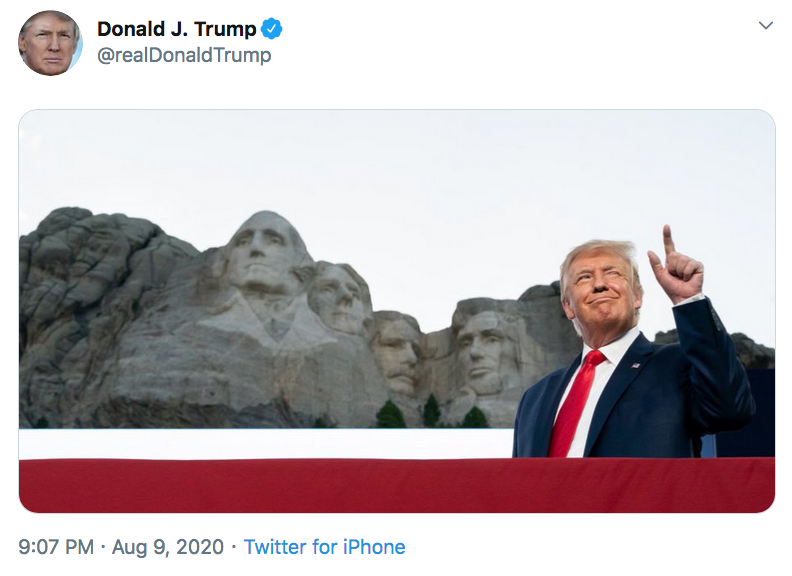 Ironically, that photograph is the same one Grassfire used for the cover of our new resource Defending America's Greatness! We created this oversized, full-color, magazine-style publication exclusively for our team members to commemorate Mr. Trump's historic Mt. Rushmore speech on July 3. This presidential keepsake also includes important speeches and writings from the four American presidents carved into the national monument.

In his Mt. Rushmore address, our Commander-in-Chief boldly and unashamedly celebrated American exceptionalism. He did it in the face of radical opposition from far-left Democrats who are actively and openly trying to undermine our laws, our government and our way of life.

Click here or on the banner below now to request Defending America's Greatness in appreciation for your contribution of $30 or more to help Grassfire build. Contribute $40 or more and we'll send you two copies. That's one to keep and another to share. We'll cover the shipping:

The 2020 election has turned into a battle to define (or re-define) America. That's why Grassfire published  Defending America's Greatness, which may be our most important resource ever. You can fight back by arming yourself with the truth found inside the pages of this commemorative booklet. Click here to receive your copy (or copies) of Defending America's Greatness. Thanks, in advance, for your support.

P.S. These are critical times. Grassroots patriots are facing a tidal wave of lies, attacks and distortions from the radical Left. Grassfire wants to help amplify your voice so you can defend your faith, your values and the American way of life. Grassfire is fully engaged in the battle to protect and promote our nation's founding principles of life, liberty and limited government. Please click here or on the banner below now to help us build in this critical election year and receive Defending America's Greatness in appreciation for your contribution of $30, $40 or more: