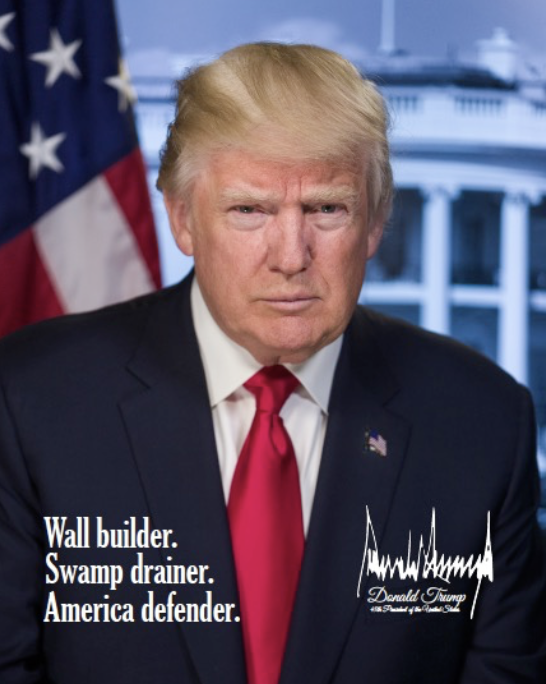 When they attack, he fights back. When they try to destroy him, he exposes their hypocrisy. And he's the first modern president to actually take a stand defending YOUR voice. He took a look at the social-media landscape and saw that Google, YouTube, Twitter, Facebook and others were censoring and/or "muting" conservative speech.

Today, he's signing an executive order aimed at limiting legal protections for social-media companies that do not provide a level playing field for ALL users. Conservatives appear to be silenced on the internet much more than "progressives" or leftists. Mr. Trump's order comes after Twitter added "fact-checking labels" to two of the President's tweets this week.

The Wall Street Journal reports that the order "would seek to limit the broad legal protection that federal law currently provides social-media and other online platforms. ... The draft order would make it easier for federal regulators to hold companies such as Twitter and Facebook liable for curbing users' speech, for example by suspending their accounts or deleting their posts."

Sure, his tactics and techniques are tough. Sometimes, his tweets make Grassfire staff cringe. But our Commander-in-Chief knows he's in a fight for the soul of our nation. And quite often, it appears he's fighting alone -- against the Establishment, against the Swamp, against the media. Yet he stands.

We think it's because Trump is the first truly independent president. The first real political outsider. The first who is not beholden to special interest groups, or political party, or the money machine that makes most politicians cower. And he's the first politician we can recall who, when facing pressure, actually pushes back harder!

Grassroots Americans have watched in horror as seemingly principled conservatives caught "Potomac Fever" when they went to Washington and soon forsook their principles. Yet with Trump, we have a one-time New York liberal who becomes more and more fiercely principled and conservative the harder they push!

Why is Grassfire telling you this? Because we need your help. Grassfire is one of the few online, grassroots-citizen networks that has both the strength in numbers and the independent-minded commitment to life, liberty and limited government to make a difference in this fight. And let's be clear -- we are in a fight for the very soul of our nation.

Over the past five months, Grassfire has been at the forefront of the conservative movement. We have helped our team members push back against the Democrats' baseless and partisan impeachment scam with our "Fight The Coup!" website. More recently, we've exposed the truth about the COVID-19 pandemic that the FEAR MEDIA refuse to report. Our CORONAVIRUS COUNTERDRUDGE page is a go-to source for the facts, stories and headlines even Drudge won't report.

But for us to continue providing an online alternative of "conservative-friendly" news and information, Grassfire urgently needs an influx of $5,000 in the final days of May. Can we count on your help to avoid a significant budget shortfall this month? This critical time in our nation's history is when we should be fighting back, not pulling back.

Will you stand with us, as we fight to amplify YOUR voice to help make our nation great again? With your support, Grassfire can continue serving as a conservative, online alternative to promote life, liberty and limited government. Go here to help now:

If you can help with a contribution of $30 or more, we'll send you an exclusive Grassfire print featuring President Trump's first official portrait. It's unlike any other recent presidential portrait and in a real way quite prophetic of how Trump has served. It's stern. It's bold. And it sends a strong message: "Don't mess with the U.S.!" Contribute $50 or more, and we'll send you two of these patriotic prints. Shipping is ABSOLUTELY FREE. 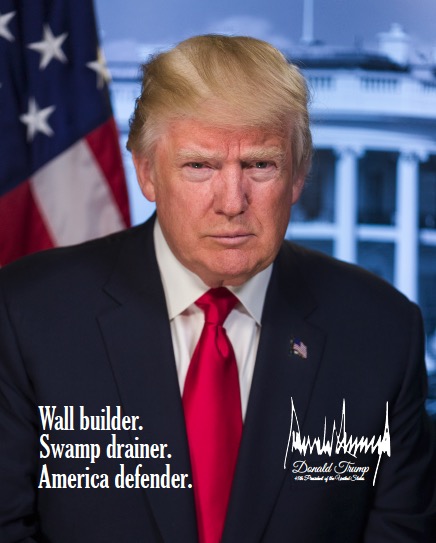 Click here to request our exclusive version of President Trump's first official portrait when helping Grassfire with a contribution of $30, $50 or more.

We're doing everything in our power to put more tools in your hands and to expand your voice. Grassfire has taken massive risks to continue pushing back against the FEAR MEDIA, the Establishment, the D.C. Swamp, the Deep State and NeverTrump RINOs.

Why? Because we believe this is the most critical point in our lifetimes to stand for liberty. And it's working! We take great pride in providing an answer to social-media censoring through our many online platforms and initiatives.

In that same spirit, Grassfire supports President Trump. Not because he's perfect, far from it, but because he is bold and committed to defending America. So are we! Go here to help us fight, and God bless this great land!

P.S. Our staff loves the President's first official portrait. It is the perfect picture of the posture he has taken in his defense of our nation. We want you to have this exclusive print when you support Grassfire at this critical time. Go here to help and request your "Don't Mess With The U.S.!" print: