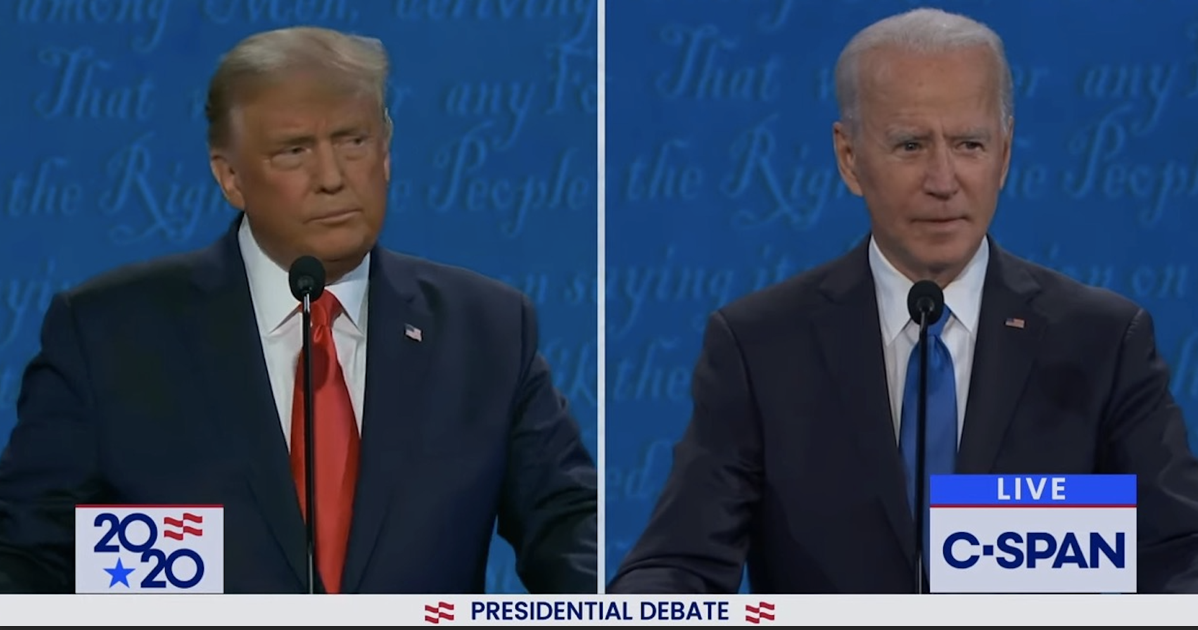 For the first time in 12 years, former President Barack Obama is NOT "the most admired man in America." That designation, according to a new Gallup poll, now belongs to President Donald Trump. After a tie in last year's survey, America's current Commander-in-Chief pulled ahead of his predecessor in 2020 with 18% to 15% of the vote.

"President-elect" Joe Biden finished a distant third with only 6% of respondents naming him "most admired." That's surprisingly low, considering the former vice president supposedly received 7 million more votes than Donald Trump on November 3 and nearly 12 million more than the historic candidacy of Barack Obama in 2008.

The current president was quick to tweet about crushing Biden in the new poll. At 7:29 a.m. ET this morning, after posting a quote that "No incoming president has ever done as badly in this annual survey," Mr. Trump added: "That’s because he got millions of Fake Votes in the 2020 Election, which was RIGGED!"

Of course, the survey isn't the only thing America's Commander-in-Chief has been tweeting about. Yesterday, he called out Republicans (again) over coronavirus relief and the 2020 election:

Unless Republicans have a death wish, and it is also the right thing to do, they must approve the $2000 payments ASAP. $600 IS NOT ENOUGH! Also, get rid of Section 230 - Don’t let Big Tech steal our Country, and don’t let the Democrats steal the Presidential Election. Get tough!

If you agree with America's Commander-in-Chief and want to see GOP lawmakers "Get tough!", you can take immediate action to "Stop The Steal!" Make your voice heard NOW with Grassfire's unique FaxFire tool. Instantly tell Senate Majority "Leader" Mitch McConnell (R-KY) and 52 other Republican Senators to stop radical Democrats and the Unhinged Left from hijacking the 2020 election!

Click here or on the banner below now to fax your personalized message to all 53 GOP Senators, SEVEN governors in key battleground states and 16 elected officials in Georgia, Pennsylvania, Michigan and Wisconsin -- for just $30:

Your LEVEL ONE "Stop The Steal!" faxes specifically target EVERY Republican Senator, including Senate Majority "Leader" Mitch McConnell (R-KY) — the chief architect of the GOP's failed "Play Fight & Surrender" strategy in Congress. His "go along to get along" approach with Democrats over the past several years has brought disastrous consequences, including ObamaCare, ObamaGate, out-of-control spending and the "rigged" election!

If so, click here to immediately send your personalized, pro-Trump, "Stop the Steal!" messages to the Senate Majority "Leader" and 52 other GOP Senators for just $30 -- less than $.40 each. To send your own faxes, click here for our complete list of targets and their contact info. Thanks, in advance, for supporting President Trump today.

P.S. The COVID-inspired, vote-by-mail scams that Democrats insisted on months ago have brought America to where it is now -- on the brink of a stolen election! Liberty-loving Americans can't let radical Democrats and the Unhinged Left get away with robbing Donald Trump of his second term! The Republican-controlled Senate, GOP leaders in the House, the 16 state legislators, and seven governors targeted in our "Stop The Steal!" MUST take immediate action! Click here or on the banner below now to fax your personalized message to 76 lawmakers for just $30 or 115 legislators for only $50: