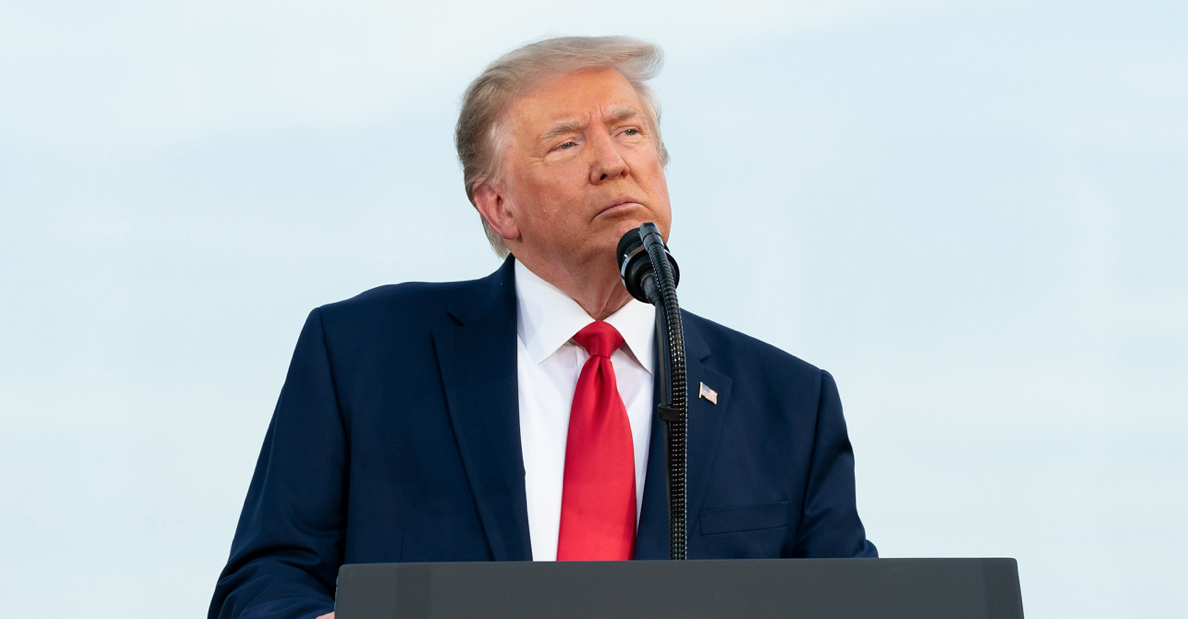 "Gas prices are spiking; inflation is skyrocketing; and China, Russia, and Iran are humiliating our country. Joe Biden is destroying our nation right before our very own eyes. ... He puts America last. We put America first. It’s very, very simple."

The above comments are among the many President Trump said about the Biden regime at an Ohio rally on Saturday. With an estimated 35,000 to 40,000 supporters in attendance, America's 45th Commander-in-Chief also criticized the current occupant of the Oval Office for canceling the Keystone pipeline and thousands of American jobs, while lifting sanctions against Russia so Vladimir Putin can build a natural-gas pipeline to Germany.

If you think Donald J. Trump won the "rigged" 2020 presidential election, we have the perfect item to make your voice heard. Our "TRUMP WON" ReStickers can be applied and re-applied to virtually any smooth surface. Display them on your car, truck, van, SUV or anywhere else you want to share a bold, pro-Trump, "Help Save America!" message.

But the best part is... YOU decide how much to pay! In appreciation for your contribution of ANY AMOUNT to help Grassfire build, we'll send you two "TRUMP WON" ReStickers. Contribute $30 or more and receive FOUR of these state-of-the-art bumper stickers. Click here or on the banner below to order now.

Shipping is absolutely FREE! Tell everyone in your community where you stand with our exclusive "TRUMP WON" ReStickers. To find out what else Mr. Trump said about "Clueless Joe," see below. Thanks, in advance, for supporting Grassfire with your contribution of any amount.

"MAGA" rallies are back! President Trump held his first, post-White House, campaign-style event outside Cleveland, Ohio, on Saturday. While railing against the results of the "rigged" 2020 presidential election, our nation's 45th Commander-in-Chief also let loose on the Biden regime. Mr. Trump insisted that the current occupant of the Oval Office "is going to drive our economy and our country into ruin."

"After just five months, the Biden administration is already a complete and total catastrophe," he said. "Crime is surging. Murders are soaring. Police departments are being gutted. Illegal aliens are overrunning their borders. Nobody's ever seen anything like it." 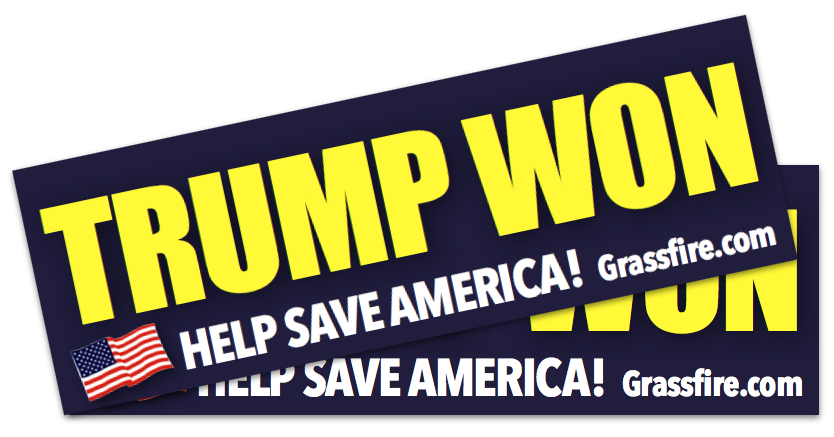 During Saturday night's rally, thousands of pro-Trump Americans often chanted "Trump won!" and "Four more years!" If you're one of the millions of voters who don't believe the ENGINEERED results of the 2020 presidential election, Grassfire wants to empower you to make your voice heard.

Our "TRUMP WON" ReStickers will empower you to let your family, friends and neighbors know exactly where you stand. These state-of-the-art bumper stickers can be applied and re-applied to virtually any smooth surface. Post them on your car, truck, van or SUV to share a bold, pro-Trump, "Make America Great Again" message in your community.

For your contribution of ANY AMOUNT to help Grassfire build, we'll send you two "TRUMP WON" ReStickers. Contribute $30 or more and receive FOUR of these patriotic emblems. Tell everyone in your community where you stand. Shipping is absolutely FREE! Click here or on the banner below to order yours now: 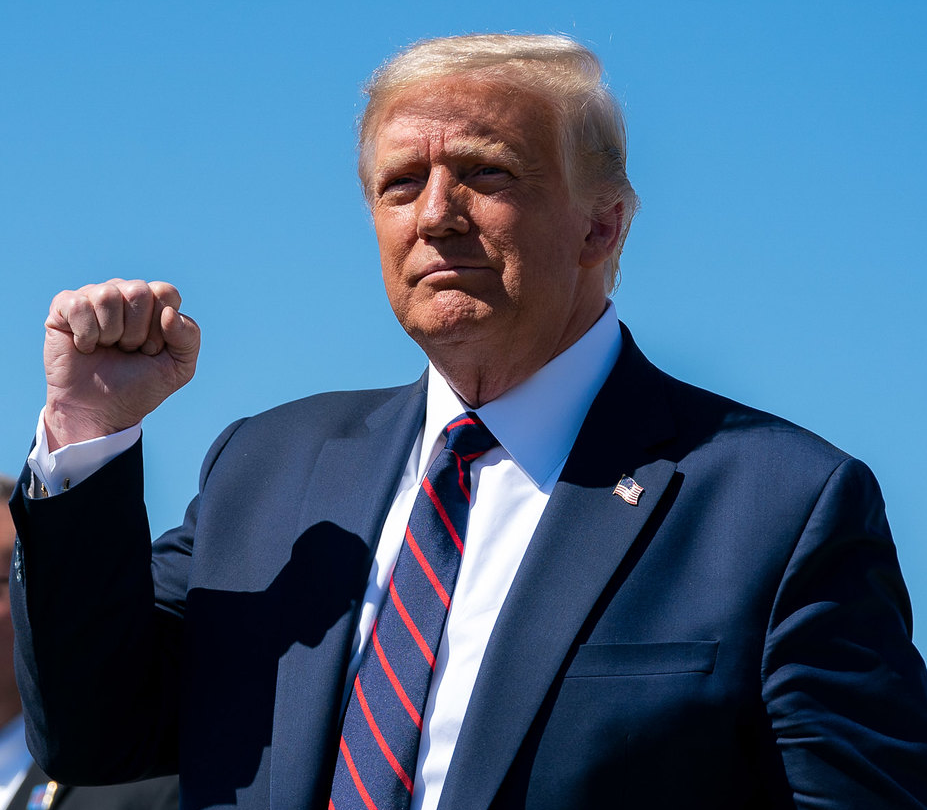 If you still stand with President Trump, we want to empower you to keep fighting for his "America First" agenda! Click here to help us do that and you'll receive two "TRUMP WON" ReStickers in appreciation for your contribution of ANY AMOUNT. Contribute $30 or more, and we'll send you FOUR of these bold, pro-Trump bumper stickers.

Who do you think really received more legal votes in the 2020 presidential election, {{recipient.first_name_or_friend}}? Be part of the movement that's telling family, friends and neighbors what must be done to "Help Save America!" Click here to receive your "TRUMP WON" ReStickers for ANY AMOUNT. Thanks, in advance, for your support.

P.S. Perhaps the best thing about these patriotic, pro-Trump bumper stickers is that YOU decide how much to pay for them! That's right. For a limited time, you can receive two "TRUMP WON" ReStickers when you support Grassfire's grassroots efforts with a contribution of ANY AMOUNT. Shipping is FREE! Click here or on the banner below to order now:

HUGE! Loudest Cheer of the Night is "TRUMP WON!" at First Rally of the Year in Wellington, Ohio (The Gateway Pundit)

Trump: Biden regime "a complete and total catastrophe"
Trump: "Joe Biden is destroying our nation"
Read the blog at Grassfire