SHOCK: $3.5-trillion SPENDING SCAM not enough for some Dems! 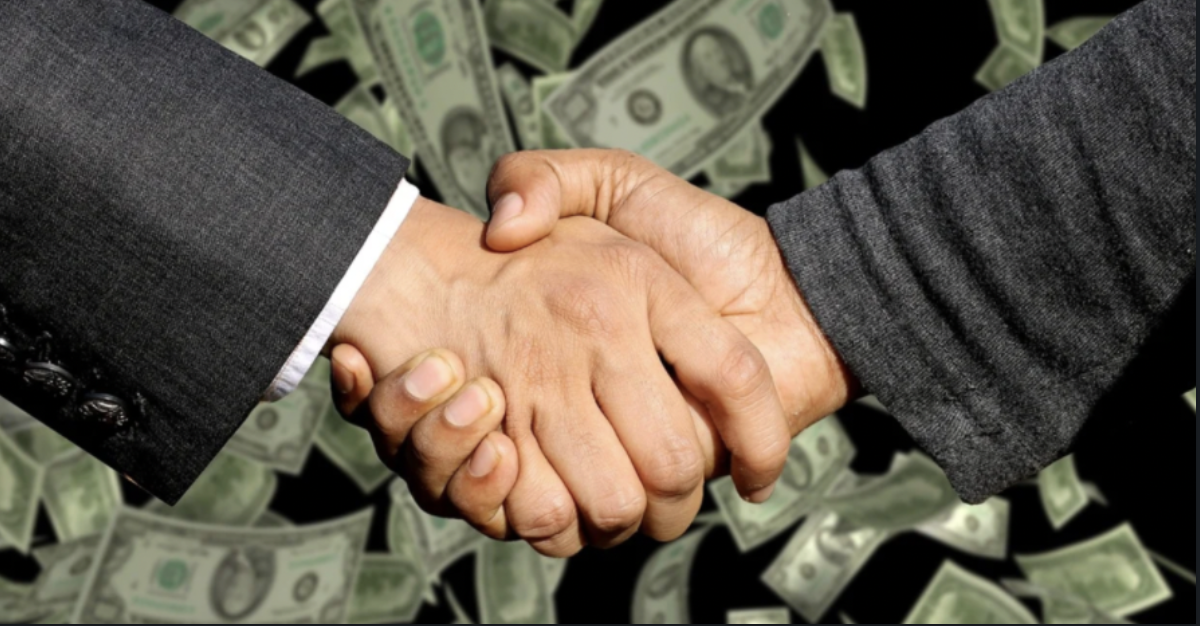 With Senators returning to our nation's capital today, the rhetoric, positioning and posturing over Joe Biden's and the Democrats' SPENDING SCAM has resumed in earnest. The Unhinged Left wants to rush the $3.5-trillion, "human infrastructure" bill through through the Upper Chamber, using a legislative tactic known as "budget reconciliation." That way, it could pass the Senate with a simple majority vote and push America into full-blown socialism -- without a single Republican vote!

Sen. Joe Manchin (D-WV) is a HUGE "swing vote" Democrats need to pass Mr. Biden's massive SPENDING SCAM. Yesterday on NBC News' "Meet the Press," Manchin repeated what he's been saying for weeks about the price tag of the legislation being too high:

"No. I cannot support $3.5-trillion... It's gonna be a lot more than $3.5 (trillion) over eight or ten years." Manchin continued, "We don't have the need to rush into this and get it done within one week."

Some Democrats (insanely) believe that the government needs to spend MORE than $3.5 trillion on their radical and extreme wish-list of progressive, pork spending. Even though ultra-far-left Sen. Bernie Sanders (I-VT) wants an obscene $16 trillion for his New Green Deal, he's apparently prepared to "compromise" and support the SPENDING SCAM. But Breitbart News reports that one prominent, leftist Democrat is wavering:

+ + An Unacceptable And Unsustainable Tax Burden

This bill would push America's national debt well over $30 trillion. If a taxpayer paid one dollar every second, it would take more than 950,000 years to pay it off. That's simply unacceptable AND unsustainable as a nation!

Don't let Democrats pass the biggest expansion of the federal government in our nation's history without making your voice heard! The radical, leftist push to create "America The Socialist" is a threat to YOUR constitutional liberties, personal freedom and way of life.

Grassfire is empowering our team members to send thousands of "Stop The Spending Scam!" faxes to key Democrat Senators and EVERY Republican in the Upper Chamber THIS WEEK. Take immediate action and send your personalized message to Senators on Capitol Hill now!

Click here or on the banner below and immediately fax Sen. Joe Manchin (D-WV), Sen. Kyrsten Sinema (D-AZ) and ALL 50 Republican Senators for only $30. Or you can reach every U.S. Senator (100 "Stop The Spending Scam!" faxes) for just $50:

Grassfire fears that, in the "third act" of this political theater, Manchin and/or Sinema will get what they want from their Democrat colleagues and cave on the $3.5 trillion. Then, the radical, unhinged Left would announce some grand "compromise" and celebrate all the money they "saved," while ushering in a dark era of "America The Socialist."

{{recipient.first_name_or_friend}}, Grassfire team members MUST take a stand this week. We want to empower you to send THOUSANDS of "Stop The Spending Scam!" faxes to Sen. Joe Manchin (D-WV), Sen. Kyrsten Sinema (D-AZ) and Republican leadership in the Upper Chamber. Make your voice heard in the halls of Congress with just a few clicks!

The Unhinged Left is trying to use trillions of taxpayer dollars to build a super highway to socialism, and there's almost nothing Republicans can do to stop it! Click here to fax Manchin, Sinema and GOP Senators now. Urge them to stand united and "Stop The Spending Scam!" To send your own faxes, click here for Grassfire's list of Senate targets and their contact information. Thanks, in advance, for making your voice heard tonight.

P.S. Again, unlike the recent $1.2-trillion SPENDING SCAM legislation that needed 60 votes to pass, the $3.5-trillion bill can be passed through "budget reconciliation" and would require only a simple majority vote to become law. Don't let America get pushed off the cliff into full-blown socialism with ZERO REPUBLICAN SUPPORT! Click here or on the banner below now to fax Senators and demand they "Stop The Spending Scam!"