This disturbed me as much as anything I've seen 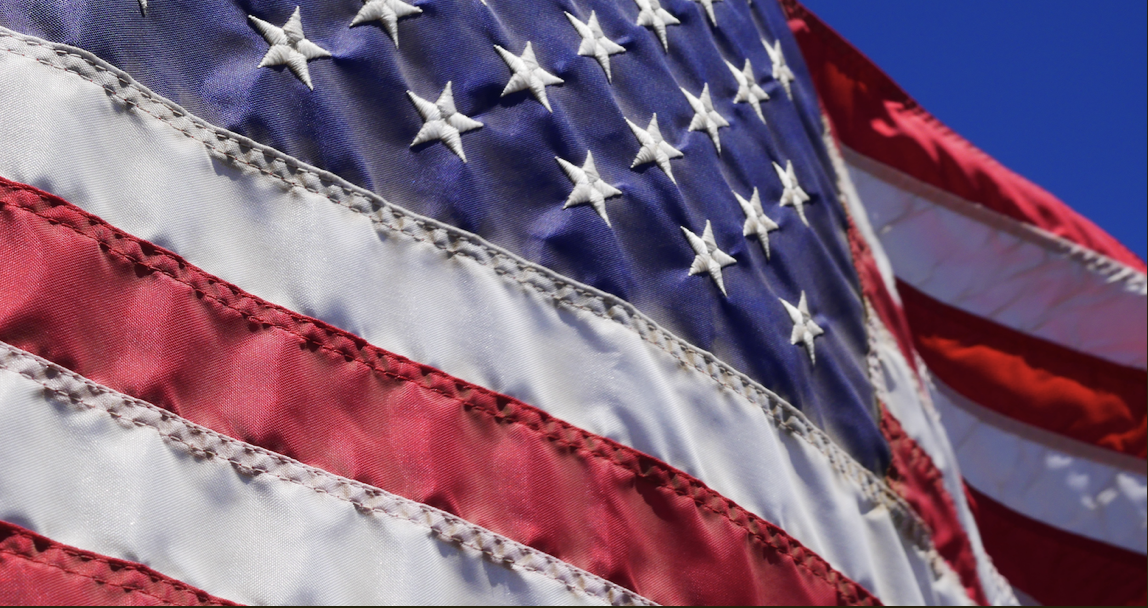 I couldn't believe this happened. Was our State Department actually pushing our embassies and consulates to fly the BLM flag? We must fight to SAVE AMERICA! See below. --Steve

A leaked memo revealed that the Biden State Department is encouraging U.S. embassies and diplomatic missions to support the Black Lives Matter (BLM) movement and to FLY THE BLM FLAG over our embassies and consulates. Quoting from the leaked memo:

"This cable constitutes a blanket written authorization for calendar year 2021 from the Under Secretary for Management to display the BLM flag on the external-facing flagpole to any Chiefs of Mission who determine such a display is appropriate in light of local conditions."

BLM is a neo-Marxist organization that frames all of life around racial injustice, promotes radical "critical race theory" indoctrination, and wants to defund the police and abolish prisons. It's a disgrace to all Americans that Joe Biden's State Department is using our government's overseas outposts to promote and push this radical agenda!

+ + Their "Hate America" agenda is destroying our country

But doesn't this news precisely describe where we are today? Right now, there are "two" Americas -- one consists of those who HATE this country, DESPISE our founding principles, and want to transform America into the "woke" image of the Global Reset crowd.

The other America consists of patriots like you who LOVE America, BELIEVE in our founding principles, and are getting back to work to SAVE AMERICA in this time of crisis.

Every day here at Grassfire and LibertyNEWS, we chronicle this struggle for the soul of our nation. Our Grassfire staff continues to REPORT TRUTH and give our team members the best action items to expand your impact.

We recently launched a new version of our FaxFire service, and we'll roll out a newer, more user friendly version of our Grassfire website next month. Also this year, we re-launched our LibertyNEWS service, which has quickly become the best and most informative aggregator of news for patriotic Americans.

+ + Grassfire is fighting, but we need your help!

To keep up this pace -- and to expand as we must to counter the lies of the Woke Leftists -- I need your help.

Specifically, we're coming to the end of May about $10,000 short of our budgeted need. This is critical. In order to keep up our pace and grow, we can't afford to end this month short.

If you believe in the work of Grassfire... if you want to help us multiply the grassroots army that can SAVE AMERICA at this critical time... would you consider making a special contribution right now to help us meet this month-end need so we can fight for America? Go here to make your contribution:

If you can help Grassfire fight for America with a gift of $30 or more, we want you to have two of our newest ReStickers. They both express the battle we're in right now: "SAVE AMERICA" and "1776." 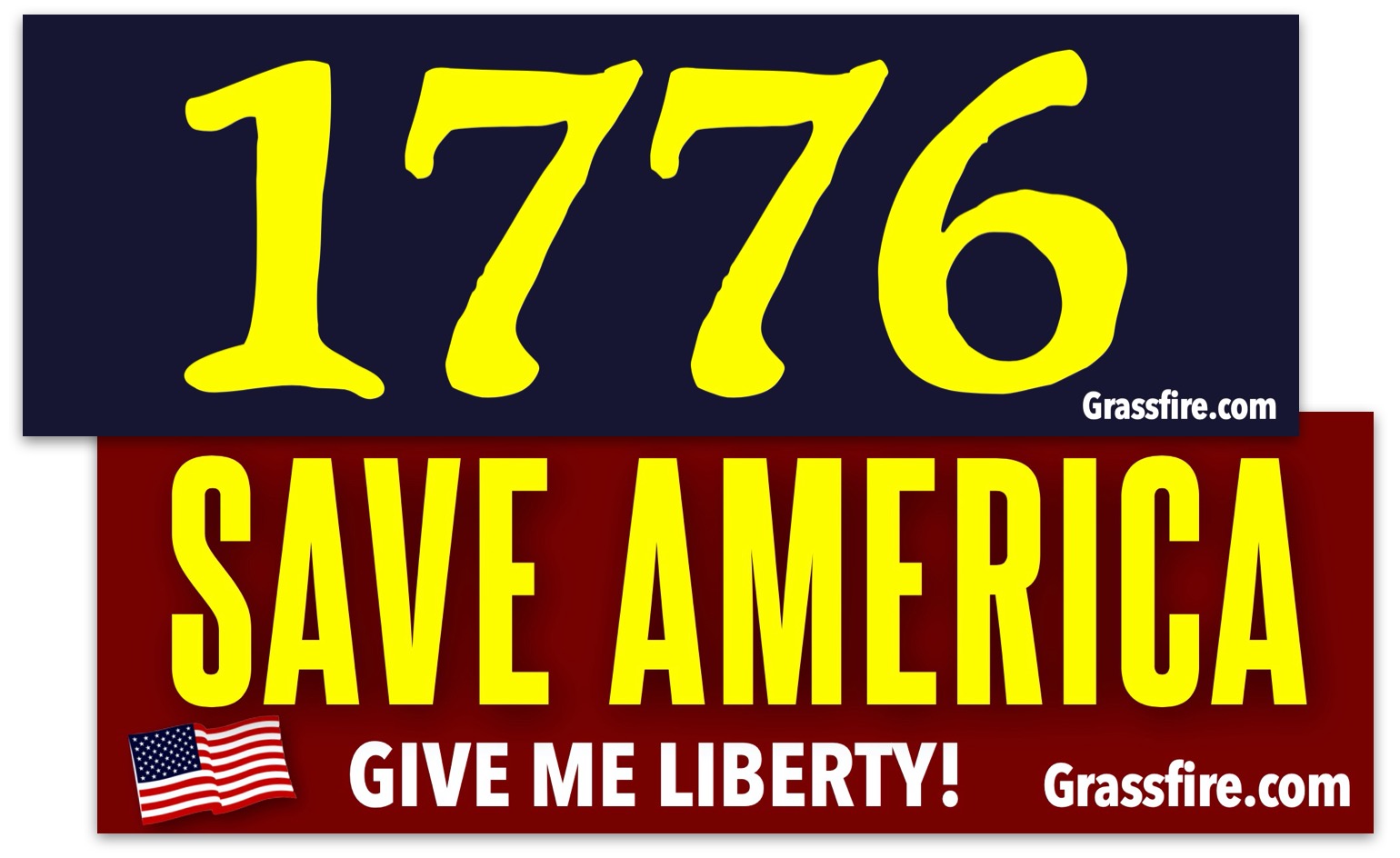 Because the Radical Leftist Resetters HATE 1776 because it represents our nation's founding, which they say is tragically flawed. Instead, they want to cast all of American history around the year 1619 -- when the first slaves were brought to this land. They reject 1776 and the ideals of liberty and limited government as the organizing principles that founded our nation.

+ + America is worth fighting for!

Every day, our team at Grassfire goes to battle for America. We fight to get the truth out to you. We stand against the rising tide that wants to destroy this great country. But we urgently need your help!

Grassfire doesn't have deep-pocketed donors, wealthy "benefactors" or "angel investors" underwriting our grassroots efforts. That's why the generosity of our team members is so crucial to fulfilling our God-inspired mission: REPORT TRUTH that empowers you to TAKE ACTION!

With just a few days left in the month, we're still more than $10,000 short of our budgeted goal for May. We need your help to meet this goal, so we can fight for America.

Go here to help. And thanks in advance.

P.S. Our goal is to keep you on the forefront of the issues of our day -- 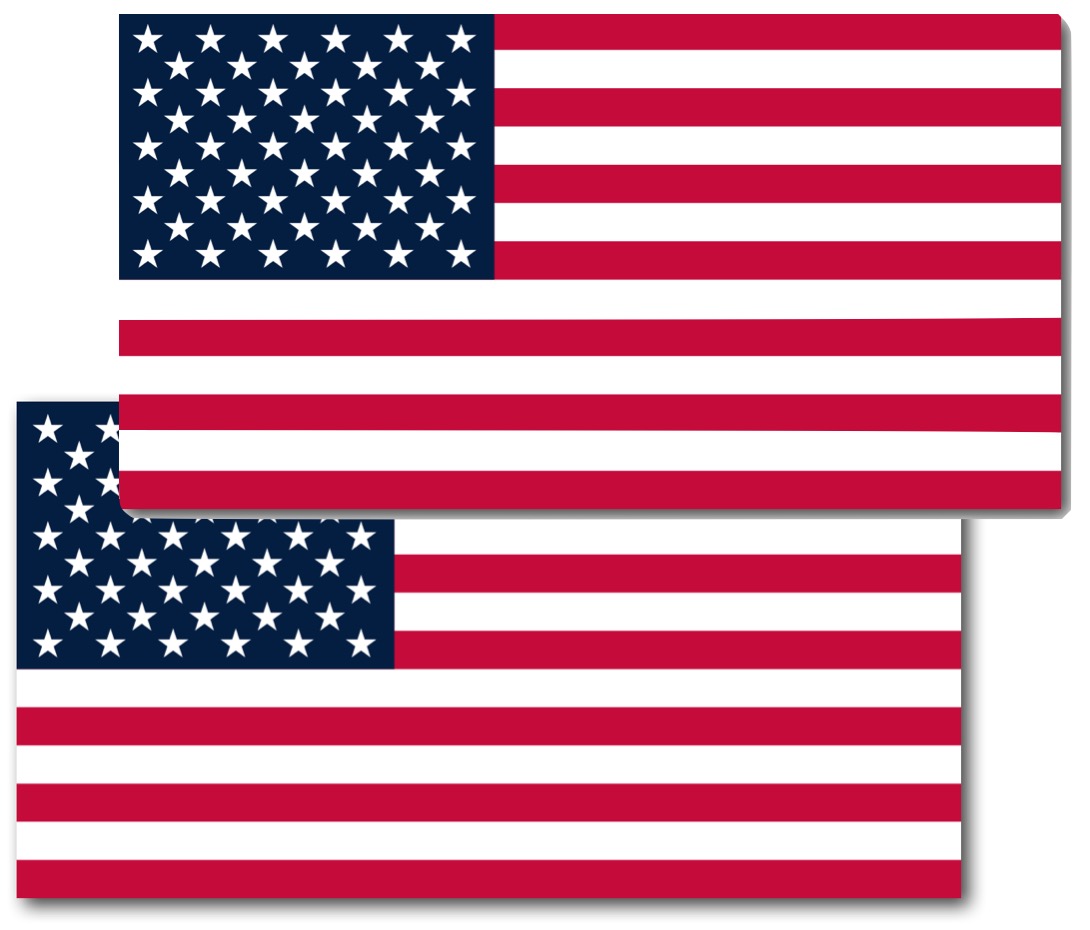 give you the inside scoop on issues long before others will report. It happened again this week when the LameStream media finally gave credence to the mounting evidence to the COVID lab-origin theory -- a topic Grassfire was addressing more than a YEAR AGO! But to keep up this work and to keep fighting for America, we need your help! Go here to help Grassfire fight for America.

SPECIAL BONUS: In addition to the two new ReStickers, we'll also include two U.S. Flag ReStickers when you can help with a gift of $30 or more. Go here:

P.P.S. If you can go the "extra mile" and help us with a monthly, recurring gift, we'll include you as a GRASSFIRE VIP which gives you discounts on all our FaxFire programs. Plus, you'll be the first to receive our VIP News Briefings most every weekday morning. Go here to become a Grassfire VIP: