The anarchists would probably burn this book, too! 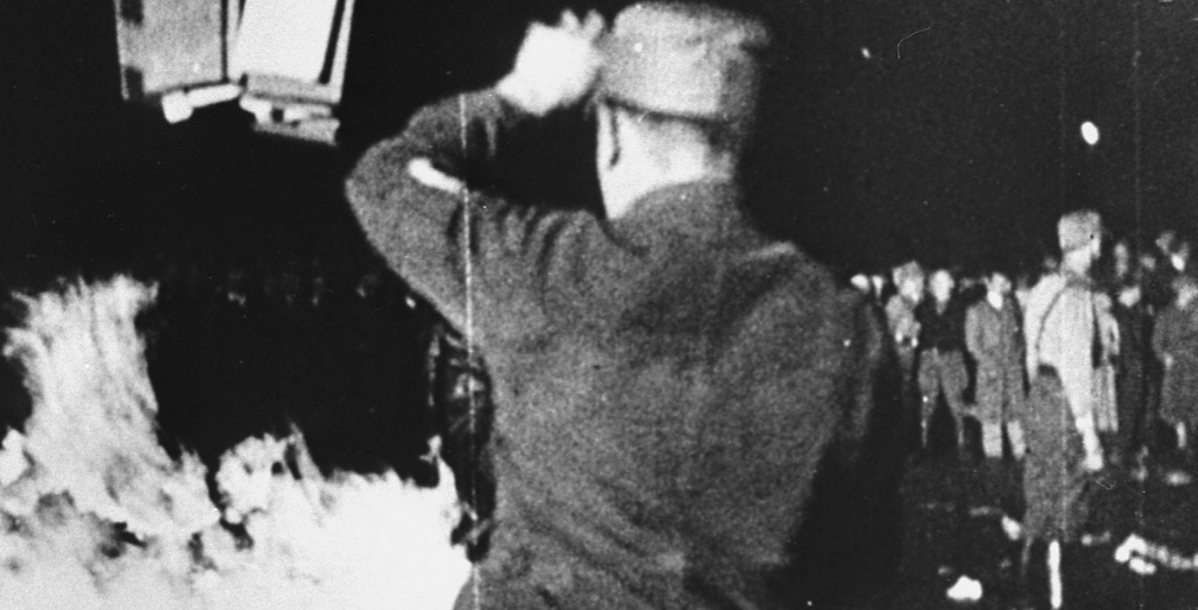 Earlier this week, rioters burned a stack of Bibles outside the Mike O. Hatfield Federal Courthouse in Portland, Oregon. Much of the unrest in that Democrat-run city reportedly has been fueled by the radical group Antifa, which ironically is short for "anti-fascists."

Over the past hundred years, book burnings have been carried out mostly by Nazis, dictators, communists, terrorists, and -- you guessed it -- fascists. In the old days, burning Bibles would be front-page news. (It certainly would be if someone burned Qurans.) But left-wing activists destroying copies of God's Word was widely ignored by the "mainstream" media.

Can you imagine what the Portland rioters would have done with Grassfire's new booklet Defending America's Greatness? Consider the reaction if anarchists outside the courthouse got their hands on copies of our pro-Trump, pro-U.S. resource. They would probably burn this book, too!

+ + Push Back Against Lies, Attacks And Censorship By The Left!

The 2020 election has turned into a battle to define (or re-define) America. That's why Grassfire published what may be our most important resource ever -- Defending America's Greatness.

We created this oversized, full-color, magazine-style publication exclusively for our team members to commemorate President Trump's historic Mt. Rushmore speech on July 3. In that address, our Commander-in-Chief made a profound case for America's greatness. He did it in the face of radical opposition that is actively and openly trying to undermine our laws, our government and our way of life. This historic resource also includes important speeches and writings from the four American presidents carved into the national monument.

In appreciation for your contribution of $30 or more to help Grassfire build, we'll send you one copy of this commemorative booklet. Contribute $40 or more and receive two copies of Defending America's Greatness: one for you and another to share. We'll cover shipping and handling.

Click here or on the banner below to request Defending America's Greatness when you help Grassfire build with your contribution of $30, $40 or more:

These are critical times. Grassroots Americans are facing a tidal wave of lies, attacks and distortions from the radical Left. Their allies in Silicon Valley are outright BANNING and CENSORING conservative thought. WE MUST STAND TOGETHER, DEFEND OUR FAITH, AND AMPLIFY VOICES OF TRUTH.

Grassfire is fully engaged in the battles to protect and promote our nation's founding principles of life, liberty and limited government. Few organizations in the country can inform and equip hundreds of thousands of citizens like we can. But we urgently need your support to continue reporting truth so you can take action through Election Day and beyond. Go here to help.

You can push back by arming yourself with the truth found inside the pages of Defending America's Greatness. Click here to receive your copy (or copies) now. Thanks, in advance, for your support.

P.S. Like never before, grassroots Americans are being bombarded by leftist attacks on our faith, our values and our way of life. It's why we must BAND TOGETHER and support the few sources of conservative truth that are left. Grassfire wants to RALLY an army of patriots to take back our nation. But to do that, we urgently need your help. Receive a special, limited-edition publication as our gift when you support our efforts. Please click here or on the banner below now to help Grassfire build and receive Defending America's Greatness in appreciation for your contribution of $30, $40 or more: