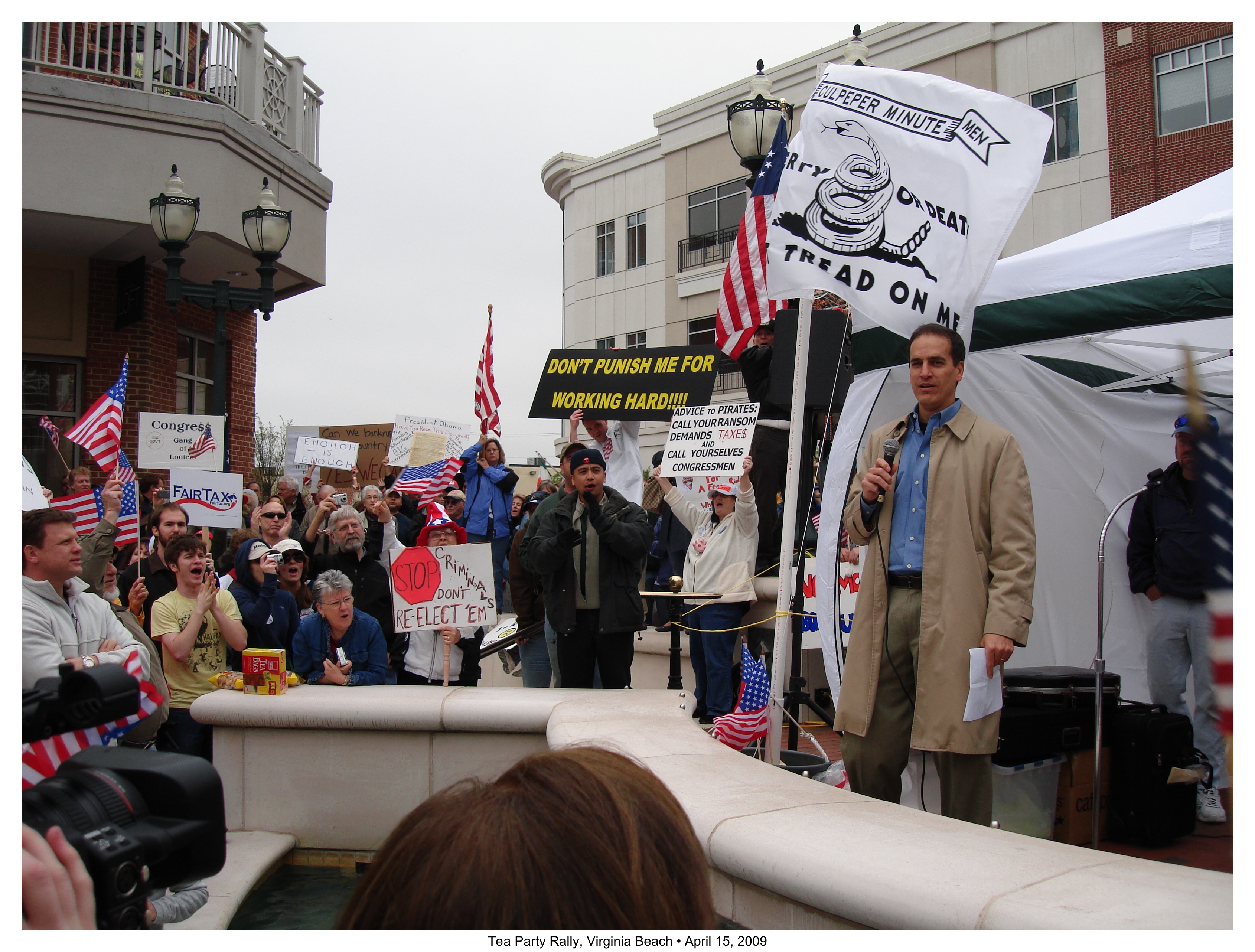 CNBC's Rick Santelli probably didn't know he was starting a revolutionary movement when he called for a modern-day "tea party" from the floor of the Chicago exchange on live television. But he did. And we did. And it happened...

In winter of 2009 a few brave souls, including Eric Odom (who would later join the Grassfire team), would take to the streets of Chicago in a small demonstration called "Taxed Enough Already." and so it began. By April 15, Tea Party rallies had sprung up across the country, including one near Grassfire's creative headquarters in Virginia Beach, Virginia.

It was my privilege to be one of the featured speakers on this historic day as the world began a shift away from statism and government control and back to the American people. The video isn't the best of quality, but you will notice that, for the record, I was calling for a "resistance" about a decade before the Anti-Trump contingent began their cries in 2017 (you'll hear the "We Resist" chants throughout my address). Of course, our resistance was different: peaceful, still respectful. Yes, we opposed President Obama with everything in our power, but we didn't threaten anarchy, nor did we reject the office of the presidency.

Enjoy this little piece of an important part of our recent history!