Stand with Trump to "Stop The Steal"! 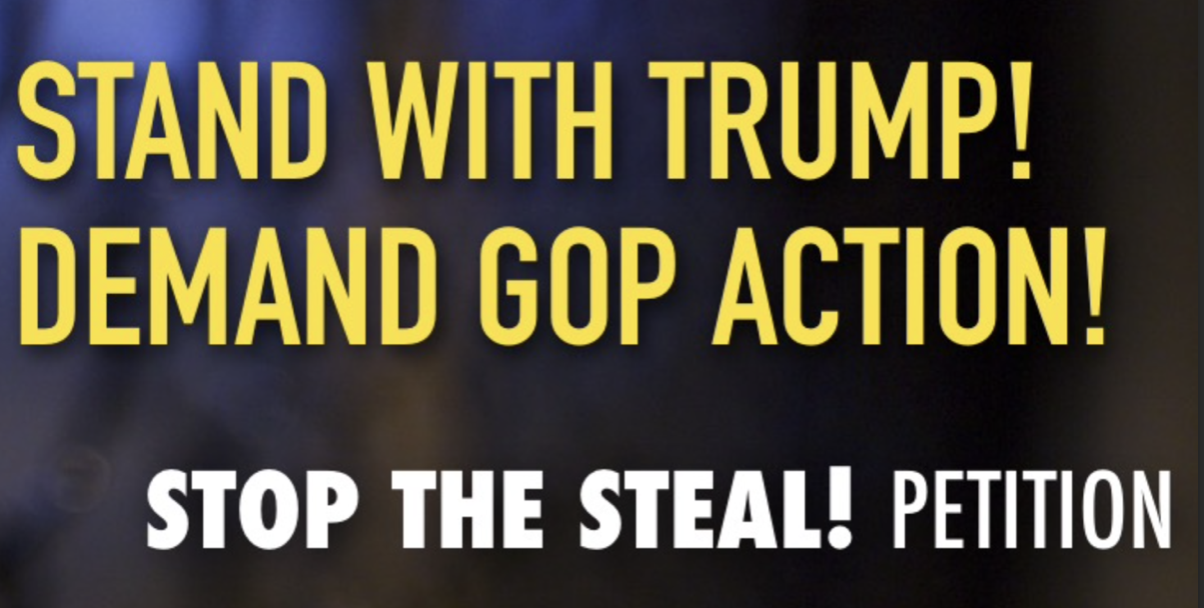 The results of Grassfire's "Stop The Steal?" QuickPoll are in. With their vote, more than 15,000 team members overwhelmingly declared that Democrats are trying to steal the 2020 election. It wasn't even close, with 97.7% of Grassfire Nation saying "the fix is in" against President Trump.

So far, America's Commander-in-Chief has received almost 70 million votes in the 2020 election. That's seven million (10%) more than in 2016. Yet every hour of every day since November 3, supporters of our Commander-in-Chief have watched his lead dwindle and evaporate in key battleground states.

That's why Grassfire is empowering team members to demand GOP lawmakers take immediate action to "STOP THE STEAL!" Click here or on the banner below now sign the national "Stop The Steal!" petition:

This was the Democrats plan since they began their COVID-inspired, vote-by-mail scams months ago! The Republican-controlled Senate and GOP members in the House MUST take immediate action to "Stop the Steal!"

Grassfire's special, EMERGENCY PETITION will be hand-delivered to key GOP leaders in the House and Senate as soon as we reach 20,000 signatures. We had almost that many votes in our "Stop The Steal?" QuickPoll!

Click here to take action now, so we can present your signature NEXT WEEK. Thanks, in advance, for the stand you're taking.

P.S. The Democrats' "Stop The Steal!" efforts aren't just limited to the White House. Now, GOP control of the Senate is also at risk! Take action now! Click here or on the banner below to sign the national "Stop The Steal!" petition: