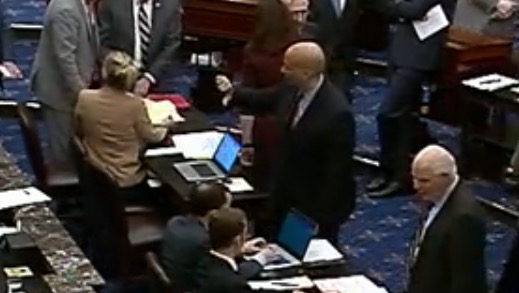 I sat and watched the "cloture" votes on the two bills before the Senate yesterday to stop infanticide. I'm still a bit sick to my stomach.

First, none of the Democrats even bothered to be in the chamber for any of the debate preceding the votes. So when it came time to be counted, I watched as Democrat after Democrat strolled to the "well" of the Senate to announce their votes...

Either by a bold "thumbs down" sign or with a verbal "NO."

What were they giving the "thumbs down" to?

First, to a bill that would protect the lives of babies in the womb who can feel pain. At about 20 weeks -- about the time that medical science will begin performing heroic measures to save a baby's life. Only a handful of countries in the world are so barbaric to allow abortions after 20 weeks.

But there they came, one by one... THUMBS DOWN! 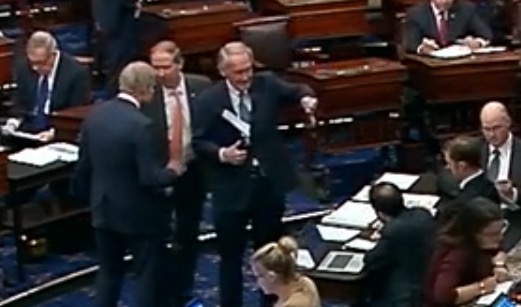 It was sickening. The pro-death Democrats once again defeated the "cloture" call that required a super-majority of 60 votes to keep the bill alive.

Then they repeated their "THUMBS DOWN" disgusting display on the second infanticide bill -- this one to guarantee that babies who survive an abortion receive medical care and aren't discarded as waste.

It's not a difficult bill to support -- We won't kill babies that survive an abortion.

But there they were, voting NO on a bill to stop infanticide. Once again, some Democrats insisted on walking down to the front of the Senate and showing their THUMBS DOWN gesture, as if to emphasize their disgust that Republicans dared to bring the vote. 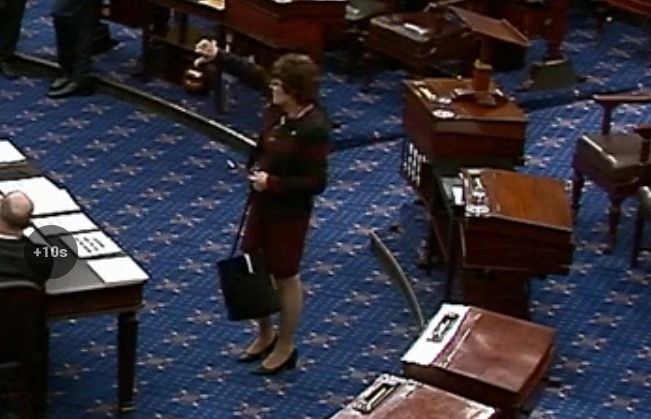 We don't usually do this, but the THUMBS DOWN display on the Senate floor -- against bills to stop infanticide and to protect the lives of babies at the point of viability -- was so appalling that we want to give YOU an opportunity to express your disgust.

We just re-worked our PRO-LIFE FaxFire to exclusively target any and all Senators who voted NO on the bill to stop infanticide -- plus the three Democrat Senator presidential candidates who missed this vote but voted NO on the same bill one year ago. With just a few clicks, YOU CAN FAX EVERY "PRO-DEATH" SENATOR who bowed to BIG ABORTION yesterday AT A SPECIAL 55% DISCOUNT. Go here to personalize your faxes and send them a message:

It took 20 years from the British Parliament to outlaw slavery. 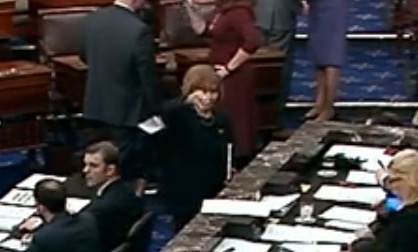 John Quincy Adams worked for nearly two decades to get rid of the "gag rule" in the House of Representatives that automatically blocked anti-slavery laws in the U.S. Many years passed before the Civil War finally settled the issue.

Despite yesterday's votes, I believe the tide is turning -- in large part because of concerned citizens like you. Tens of thousands of Grassfire team members took action to send faxes, call Congress, share messages through social media, and rally their friends. YOU are the best hope for the unborn in our nation!

The tide could turn this year, or next. The Supreme Court is taking up an abortion case in the next few weeks. Georgia's strong pro-life law is working its way through the appeal process.

We must keep fighting.

Thanks for standing for life!

P.S. I found it telling just over the BARE MINIMUM of Senators went on record to defeat the Abortion Survivors bill to stop infanticide. It was almost a tacit admission that they knew what they were doing was wrong. But they are beholden to BIG ABORTION and the radical fringe of the Democrat party. Take a moment to let the PRO-DEATH SENATORS know what you think. Go here to fax them all!

P.P.S. We even saw some Pro-Death Senators HIGH-FIVING their votes in favor of infanticide. Disgusting. 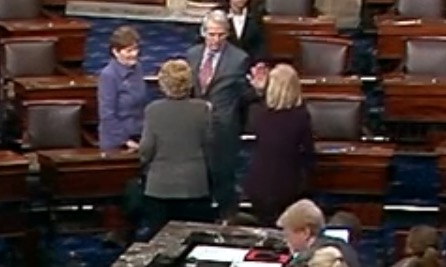