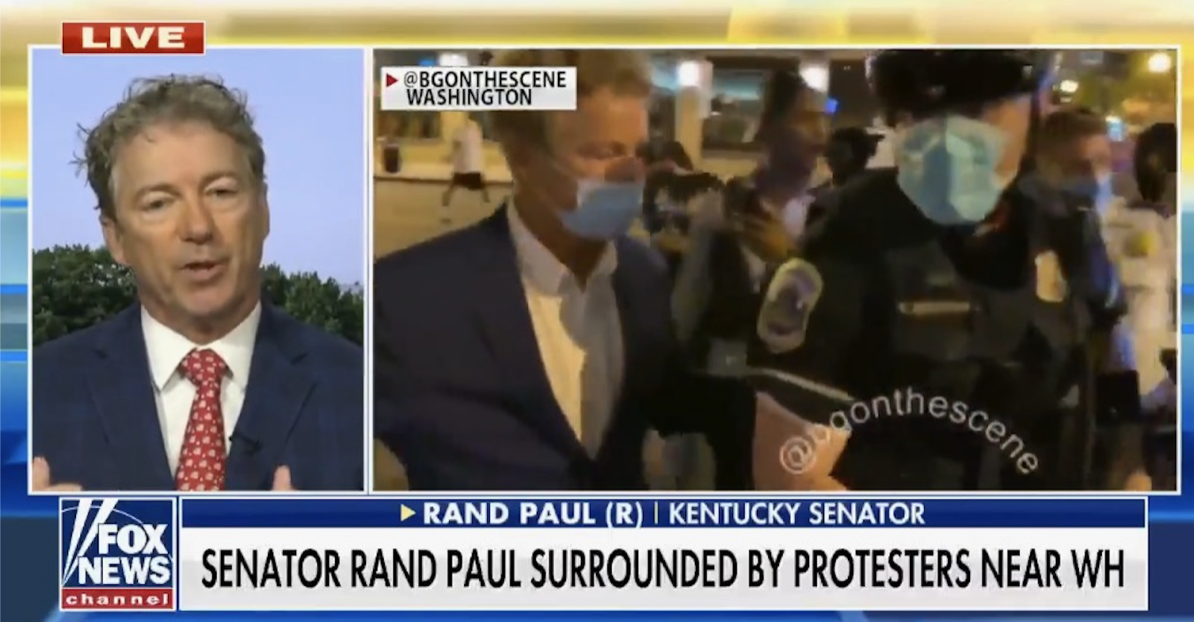 In this afternoon's message, I expected to highlight the President's exceptional and empowering acceptance speech that closed out the convention and made a clear, compelling case for his second term. But unfortunately, an even bigger story erupted as a result of what happened AFTER last night’s address.

Protestors followed, harassed, threatened and assaulted President Trump supporters outside the White House, as they exited the South Lawn onto the streets of our nation's capital. It was mayhem.

Even Sen. Rand Paul (R-KY) and his wife got caught up in it. The video of what they experienced at the hands of the mob is disturbing and simply unacceptable. Sen. Paul told FOX News it was "horrific" and that he thinks the "unhinged" protestors were "trying to kill" him.

Go here to watch what happened and hear Paul's interview.

Fortunately, about a half dozen law-enforcement personnel come to the aid of the Pauls and their two friends. One of the officers was nearly pushed to the ground and had to be steadied by the Senator so he wouldn’t fall and get separated from the group. It was an ugly scene that played out several times in different areas of our nation’s capital.

Honestly, I can't believe what I saw last night. The radical Left truly is unhinged. They apparently have no shame and no limits. These anarchists and Marxists are even willing to physically attack a sitting United States Senator simply because his politics and worldview doesn't align with theirs. (Ironically, Sen. Paul is the author of a an important police-reform law to end no-knock raids by law enforcement.) It's alarming and MUST STOP NOW.

+ + Help Grassfire Fight To Reach MILLIONS With The Truth!

From now until Election Day, conservatives are in for the fight of our lives. The next 67 days will be a non-stop attack against the President and his supporters. It will be a battle for the very heart and soul of America.

Don't be fooled! Their goal is to DEFEAT DONALD TRUMP so they can complete their RADICAL TAKEOVER OF OUR GREAT NATION! That's why I'm writing to you again today.

But as of this afternoon, Grassfire is facing a critical budget shortfall for August of more than $15,000! We are fighting the good fight here. We're doing everything we can to push back against the radical Left. BUT TO REALIZE THE IMPACT WE CAN AND MUST HAVE BETWEEN NOW AND THE ELECTION, I NEED TO MAKE UP THIS SHORTFALL IMMEDIATELY!

If you believe in the mission and work of Grassfire, I'm asking you to prayerfully consider helping us with this critical shortfall, so we can be a VOICE FOR TRUTH amidst the tidal wave of left-wing violence and vitriol in our nation right now! Will you make a contribution today of $30, $50, $75, $100 or more to help Grassfire reach millions before Election Day? Go here to make your contribution: 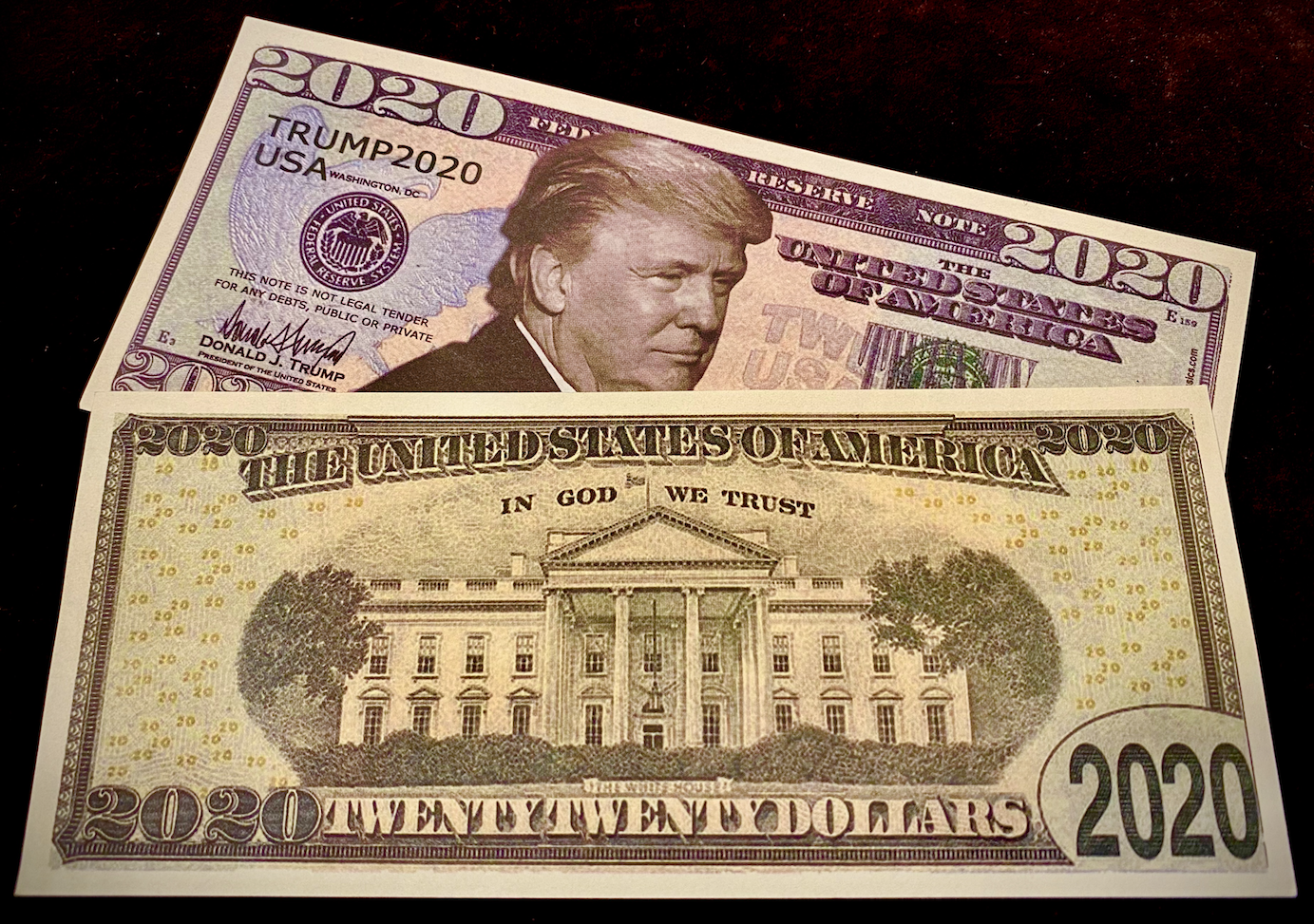 The violent attacks by anarchists, Marxists and Antifa thugs are being minimized or ignored by America's FAKE NEWS media. That's why Grassfire's continued efforts to EXPOSE the radical Left are so critical. I want to do even more between now and Election Day.

I want to REACH and RALLY an army of patriots to take back our nation. But I urgently need your help right now. Please help us make up our $15,000 August shortfall and be sure to request your "TRUMP BUCKS" when you support our work.

P.S. Every day we see more BLATANT EXAMPLES OF ANTI-TRUMP AND ANTI-CONSERVATIVE ATTACKS. That's why Grassfire's independent voice and independent channel of communication is so vital. We are fully engaged in the battles to protect and promote our nation's founding principles of life, liberty and limited government. Few organizations in the country can inform and equip hundreds of thousands of citizens like we can. But we urgently need your help to continue fighting until Election Day and beyond. Receive special, commemorative "TRUMP 2020" Bills as our gift when you support our grassroots efforts this month. Please click here or on the banner below now to help Grassfire fight back and receive 25 "TRUMP BUCKS" in appreciation for your contribution of $30 or more:

GO THE EXTRA MILE WITH GRASSFIRE AND RECEIVE 50 "TRUMP BUCKS" AS A FREE BONUS!

We urgently need help THIS MONTH AND EVERY MONTH TO THE ELECTION! We just launched our GRASSFIRE VIP program -- with the discounts, benefits, resources, and access to our team. Would you consider becoming a VIP today? Everyone who becomes a VIP at $15 or more monthly between now and the end of August will receive 50 "TRUMP BUCKS" in addition to 80% off our FaxFire campaigns, our breakthrough VIP news digest and our exclusive VIP VIDEO BRIEFINGS. Go here to find out more and become a VIP: