Another day, another Biden gaffe 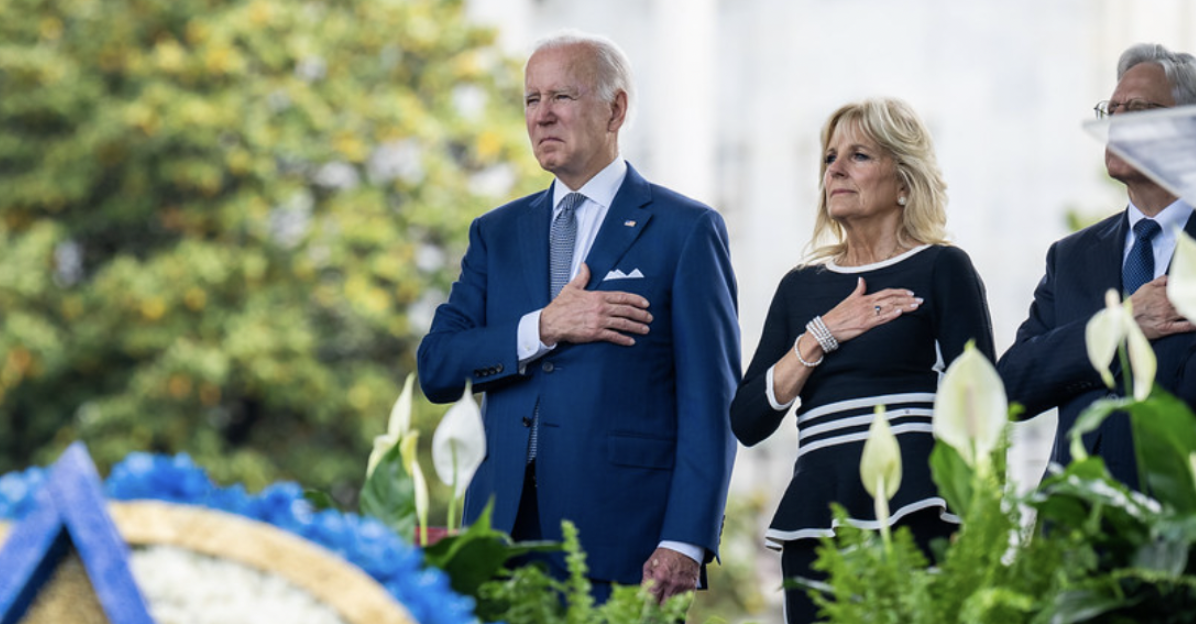 Another day, another gaffe. After landing in Israel yesterday, far from the reality of his failing economy's 9.1% inflation rate, Joe Biden tried to deliver a speech without a TelePrompTer. Big mistake.

He looked and sounded more like a high-school student, delivering an oral report in civics class, than the "Leader of the Free World." As Mr. Biden stumbled through his remarks, he unleashed this doozy in the Jewish state:

"Honor of the Holocaust"? Ouch. Do you think it's time for the "Commander-in-Chief" to resign, be impeached or removed from office? If so, see our previous message below to make your voice heard by signing the "Joe Must Go!" national petition. Or click here to add your name now.

The U.S. Labor Department announced this morning that, in June, inflation surged to 9.1% over last year. It's a 40-year high, and worse than last month's inflation rate of 8.6%. It's more proof that Joe Biden's economy is in a tailspin, and the American people are suffering for it.

Adding insult to injury is the news yesterday that the Biden regime is giving Ukraine ANOTHER $1.7 BILLION in aid to fight the United States' proxy war against Russia. ABC News reports the money will be used to pay Ukrainian's "beleaguered health care workers and provide other essential services."

But what about the millions of Americans trying to pay for food, afford gas and find baby formula? Joe Biden, radical Democrats and Establishment RINOs are driving the U.S. economy straight into a recession with runaway spending and horrible financial policies. Today's inflation report all but confirms it.

So, where is Mr. Biden? In Washington, D.C. to answer questions about this horrible economic news and offer a plan to fix it? No, of course not. He's 6,000 miles away in Israel today. Knowing the inflation report was imminent, his handlers scheduled a four-day trip to the Middle East this week.

But, before he left the country, cameras captured yet another embarrassing public appearance by the "Commander-in-Chief." At the White House Congressional Picnic yesterday, Mr. Biden admitted:

The American people would like to know, too. More than 74 million voters might say the "President" currently lives in Florida. Those surrounding Joe Biden are trying harder and harder to hide the "Commander-in-Chief's" obvious mental decline. But the American people aren't fools. They can see and hear it.

In a recent Harvard CAPS-Harris poll, 60% of those surveyed said Joe Biden is not "mentally fit" for the presidency. An even higher number (64%) think he's "too old" to be "Commander-in-Chief," while 71% don't want him to run again. If you think it's time for GOP lawmakers to pressure Joe Biden to end his failed "presidency," we're empowering you to take action now.

Sign the "Joe Must Go!" national petition to tell Republican leaders to demand Mr. Biden's immediate resignation, removal or impeachment. Click here or on the banner below to make your voice heard by adding your name now:

The Biden presidency continues to be a train wreck of missteps, mistakes and failures. It's no wonder his regime has no answer to the real challenges facing our great nation when the "Commander-in-Chief" continues to be stumped by a TelePrompTer. Have Americans seen enough? Maybe that's why there are renewed calls for Joe Biden's resignation, impeachment or removal from office.

Ukraine gets $1.7B in fresh aid to pay health care workers (ABC News)