Senate may vote on anti-faith "Equality" Act "at any time"! 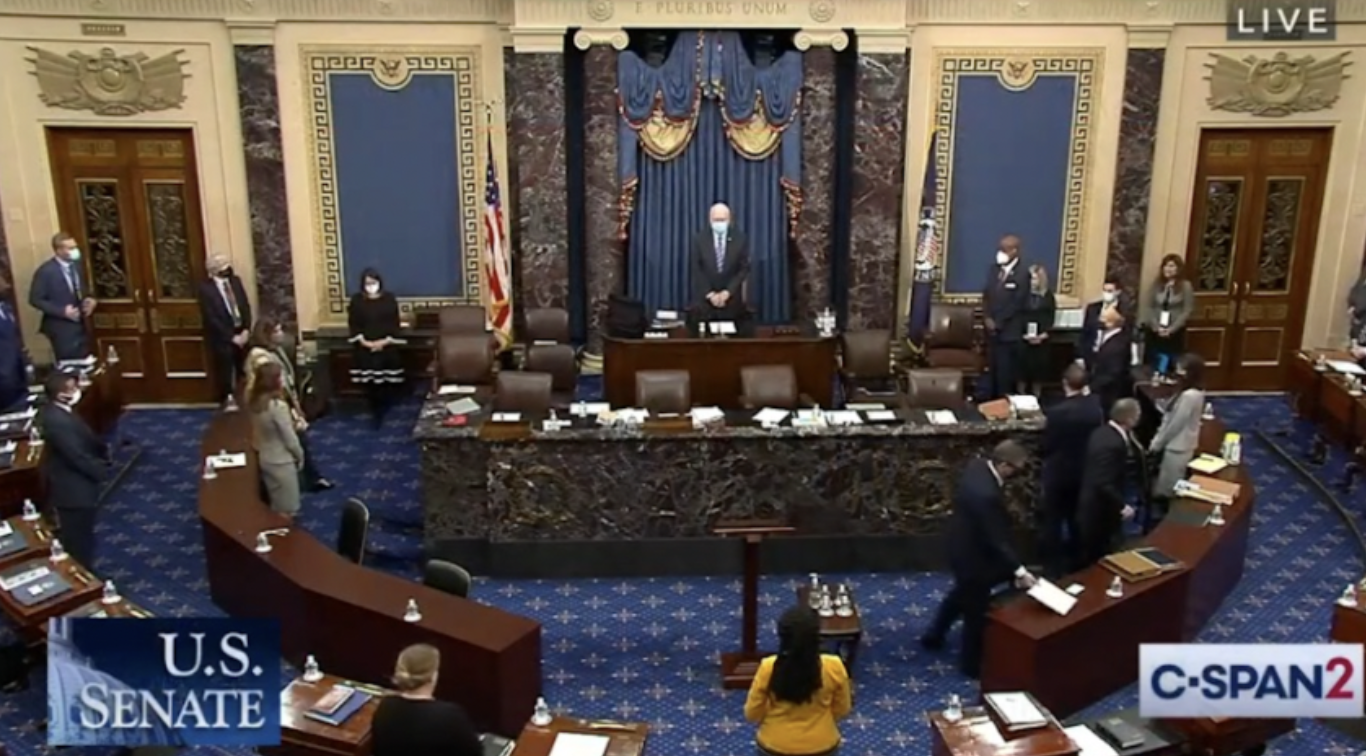 Now that Democrats have passed their $1.9 trillion COVID boondoggle, they'll move on to their next piece of radical, extreme and anti-American legislation. Grassfire has learned that Senate Majority Leader Chuck Schumer (D-NY) hopes to bypass the committee process to pass the grossly misnamed "Equality" Act in the Upper Chamber "at any time"!

The House passed the anti-faith, anti-woman bill on February 25. By invoking the Senate's "Rule 14,"  Schumer could push for a "surprise" voice vote on the "Equality" Act to avoid the 60-vote threshold usually required for passage. The New American reports:

The so-called Equality Act, H.R. 5, could be voted on by the U.S. Senate at any moment as Senate Majority Leader Chuck Schumer (D-N.Y.) has utilized a special legislative provision to push it to the floor, forgoing its referral to any committees, as is customary with most bills. On March 2, 2021, H.R. 5 was read for the first and second time in the U.S. Senate and placed on the Senate calendar, bringing it closer to a vote at any time.

This radical, pro-LGBTQ bill seeks to give legal protection to an extreme homosexual and transgender agenda at the expense of women and people of faith. H.R.5 blurs the lines between birth sex and chosen gender, forcing biological females to compete against and share bathrooms and locker rooms with biological men.

Also, the "Equality" Act renders current religious-liberty protection invalid. So, if you're a Christian who doesn't agree with or follow the legislation's newly defined views of sex and sexuality, your sincerely held religious beliefs could put you on the wrong side of the law! This is from page 25 of the bill:

In other words, the so-called "Equality" Act insists that pro-faith Americans CANNOT disagree with the radical Democrats' and Unhinged Left's extreme pro-LGBTQ, pro-transgender agenda. This legislation is one of the greatest threats to religious freedom America has EVER seen by impacting churches, religious organizations, Christian businesses and Christian schools.

Democrats tried to pass this highly controversial legislation in 2019 -- and failed. Last month, H.R.5 already passed the House 224-206 with four Republican Representatives supporting it. But the bill needs 60 votes to "survive" in the Senate. GOP Senators MUST stand firm and stay united to stop the "Equality Act" from becoming law.

If you oppose this anti-women, anti-faith legislation, make your voice heard! Use Grassfire's unique FaxFire system to send your personalized "Stop The 'Equality' Act!" message to Senators now. Click here or on the banner below to immediately fax ALL 50 Senate Republicans for only $30.

Click here to immediately fax every GOP Senator for just $30. Or go the "extra mile" today and fax all 100 U.S. Senators for only $50. That's just 50 cents per fax -- a 50% discount! To send your own faxes, click here for a list of FaxFire targets and their contact information. Thanks, in advance, for taking action!

P.S. Again, the Senate could hold a vote -- AT ANY TIME -- to pass this blatant attack against the rights of American women and people of faith. The bill does NOT exempt churches, religious organizations, Christian businesses or Christian schools and universities. In fact, this hostile legislation specifically forbids religious free-exercise claims as a defense against it! Go here to fax now and demand Senators protect your First Amendment rights: