Sen. Rand Paul: “The fraud happened. The election… was stolen.” 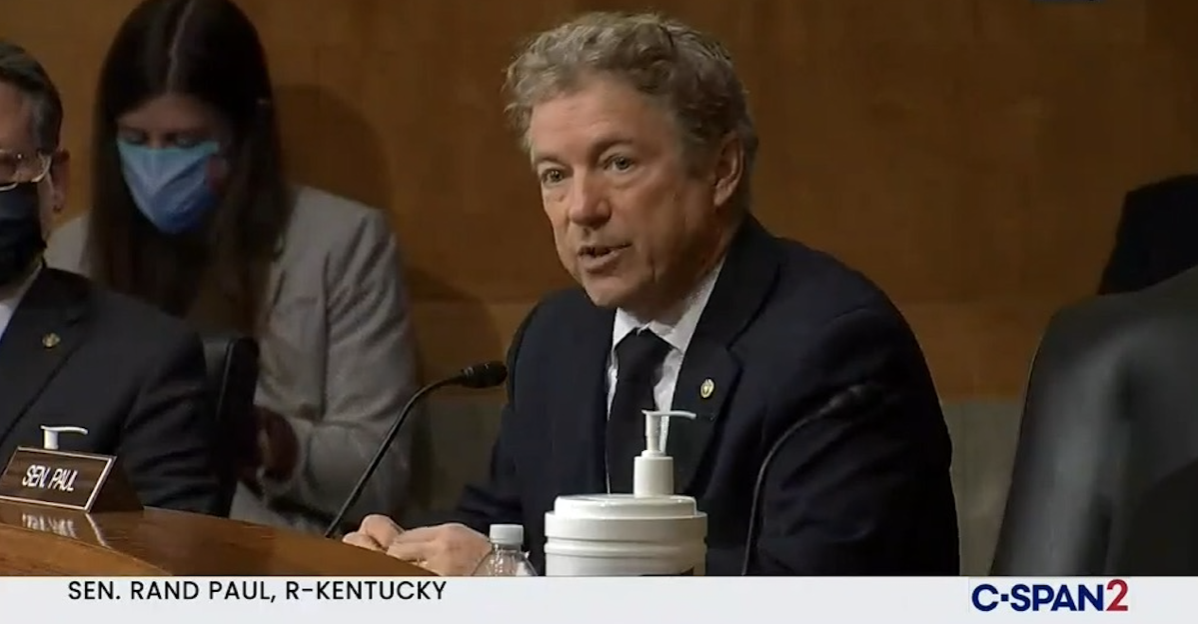 This morning, we told you about former special prosecutor Ken Starr's testimony at yesterday's Senate hearing. When questioned by Sen. Rand Paul (R-KY) about "irregularities" in the 2020 election, Starr told the Homeland Security and Governmental Affairs Committee that the Constitution was "flagrantly violated in Pennsylvania, and perhaps elsewhere as well."

In other compelling testimony, Sen. Paul shared his thoughts on the failures of state legislatures to enforce their own election laws. He also criticized the courts for their refusal to take action, saying:

"We're gonna sweep it under the rug and say, 'Oh, the courts have decided the facts'? The courts have not decided the facts. The courts never looked at the facts. The courts don't like elections, and they stayed out of it by finding an excuse, standing or otherwise, to stay out of it. But the fraud happened. The election, in many ways, was stolen. And the only way it'll be fixed is by, in the future, reinforcing the laws." (Click here to see Paul's comments.)

If you agree with the junior senator from Kentucky, please consider taking immediate action to prevent radical Democrats and the Unhinged Left from hijacking the 2020 election! Make your voice heard using Grassfire's "Stop The Steal!" FaxFire to instantly tell Sen. Paul, Senate Majority "Leader" Mitch McConnell (R-KY) and 51 other Republicans Senators to "Stop The Steal!"

Click here or on the banner below now to fax your personalized message to all 53 GOP Senators, 16 elected officials in Georgia, Pennsylvania, Michigan and Wisconsin, along with SEVEN governors in key battleground states -- for just $30:

The President continues to rightly call the 2020 election "rigged." The evidence of voter fraud and violations of election law is massive and widespread. The Trump campaign is still fighting the results and is committed to seeing every LEGAL vote counted and all ILLEGAL votes tossed.

If you are too, please consider taking action by faxing dozens of key lawmakers now. Click here to immediately send your personalized, pro-Trump, "Stop the Steal!" messages for less than $.40 each.