REPORT: "GOP voters not fired up about" SPENDING SCAM 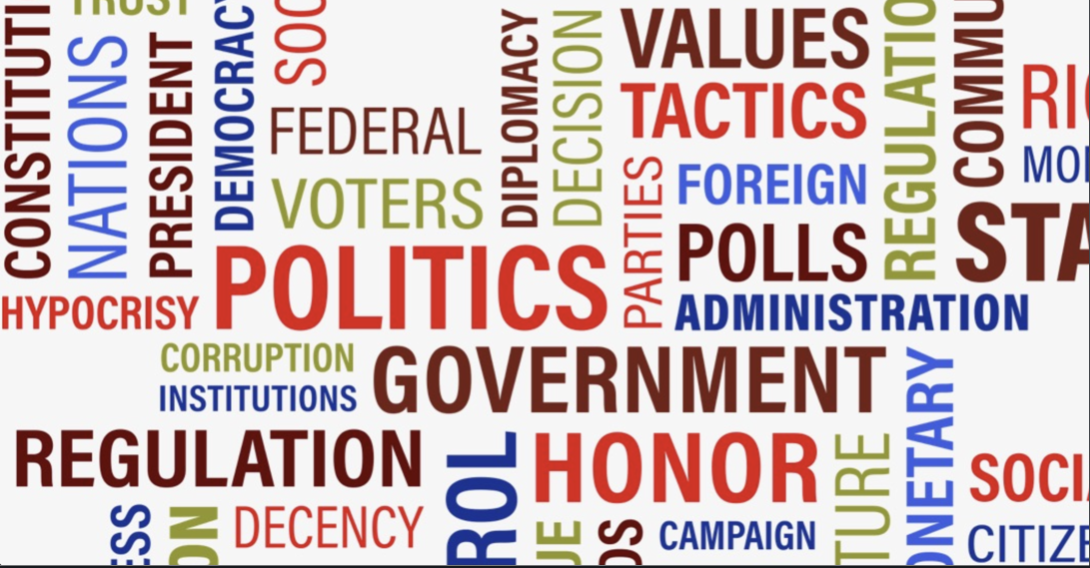 NBC News has a theory about why Senate Minority "Leader" Mitch McConnell (R-KY) and his crash of 16 RINO Senators are willing to pass the Democrats' fake $1-trillion "infrastructure" bill:

GOP voters have so far not been fired up about the issue. ... Infrastructure polls well. It doesn't run into any hot button ideological divides. And conservative media and MAGA world are still more focused on issues like critical race theory, Covid-19 restrictions and relitigating Trump's election loss.

Are they correct? Grassfire thinks NBC is half right. McConnell, RINOs and the radical, unhinged Left ARE using the Biden regime's ramped-up COVID tyranny and other issues as smokescreens. Establishment Republicans, Democrats, FAKE NEWS and Big Tech want to re-direct attention away from the $4.5-trillion push for American socialism.

NBC News is wrong in that many GOP voters, especially our team members, ARE "fired up." We've seen a tremendous response from Grassfire Nation this month to stop the Democrats' SPENDING SCAM. And NBC News reports that Senate Republicans haven't given up the fight:

But the GOP is divided, as Democratic leaders have pledged to pass the infrastructure bill alongside a $3.5 trillion budget plan that would address climate, health care, education, taxes and more. ... Sen. Ted Cruz, R-Texas, who voted against proceeding to the bill, said he saw it as a "down payment" on the Democrats' multitrillion-dollar package.

EVERY REPUBLICAN SENATOR who votes "YES" on this "infrastructure" bill is supporting runaway government spending. Democrats are tying the $1-trillion bill they want signed into law NEXT WEEK to a $3.5-trillion tax-and-spend package they want passed in the fall. Through that SPENDING SCAM, the radical, unhinged Left would fully fund Joe Biden's socialist, "human infrastructure" agenda for years.

Click here or on the banner below to fax EVERY Republican Senator and moderate Democrat Sen. Kyrsten Sinema of Arizona (51 faxes) for only $30. Or reach all 100 U.S. Senators for $50. Go here to demand they "Stop The Spending Scam!" now:

Sen. Sinema is the only Senate Democrat currently opposed to her party's $3.5-trillion "human infrastructure" bill. That legislation could be passed through "budget reconciliation" and require only a simple majority to become law. It could pass without a single GOP vote! So, Sinema is A KEY VOTE in stopping the SPENDING SCAM.

News reports yesterday indicated that votes on the $1-trillion SPENDING SCAM would be held this weekend. But we received an email update directly from McConnell's office just before the Senate convened at 11:00 a.m. ET today. It read, in part:

Little to nothing is expected to occur. There will be some rhetorical volleys thrown about, some complaining - perhaps a bit of staring at each other - with no roll call votes taking place.

Sunday may be more of the same.

Sixteen GOP Senators caved on Friday and voted to move forward on a bill that STILL didn't exist on paper! None of those RINOs seem to care about pushing America another, perilous step closer to full-blown socialism. Why should 74 million Trump supporters fund trillions of dollars in Democrat wish-lists?

Prove NBC News wrong by showing Senators how FIRED UP you are about the SPENDING SCAM! Make your voice heard now! Click here to fax EVERY Senate Republican and Sen. Sinema for only $30!

Late yesterday, we updated our FaxFire targets and fax letters to increase your impact. To send your own faxes, click here for Grassfire's list of "Stop The Spending Scam!" contacts. Our mission is to empower you to make an impact on key issues facing our great nation. So thanks, in advance, for taking action.

P.S. The SPENDING SCAM continues! Don't let Senate RINOs help the radical, far-Left pass fake "infrastructure" legislation. The bill only spends about half of the intended funds ($550 billion) on actual infrastructure (roads, bridges, ports, etc.). The rest will be redirected to a Democrat wish-list of far-left, progressive, pork spending. Stop RINOs from opening the door to American taxpayers paying $4.5-trillion to fund Joe Biden's extreme, socialist agenda. Click here or on the banner below to fax Senators now:

What's in it for McConnell? Why the 'grim reaper' is backing a Biden priority (NBC News)