REPORT: Dems "close to a deal" on Biden's SPENDING SCAM? 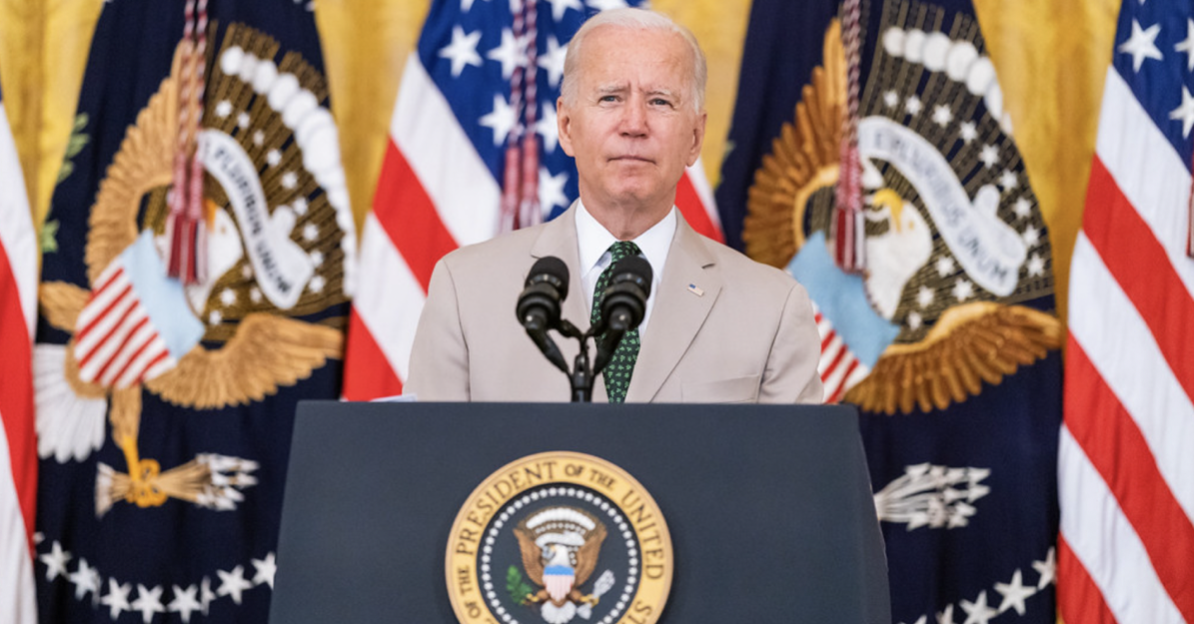 This morning, The POLITICO Playbook has a comprehensive look at the state of Joe Biden's $6-TRILLION SOCIALIST SPENDING SCAM. As Grassfire prepares for another delivery of "Stop The Spending Scam!" petitions on Capitol Hill today, we want to bring you the latest developments. POLITICO reports that Democrats are working to iron out "sticking points" and could be "close to a deal":

"Joe Biden was hoping to announce a deal on his legislative agenda before he heads to Europe on Thursday. But it's Wednesday already, and so far this week, it’s been two baby steps forward, one giant leap backward for Democrats. We're not saying a deal won't materialize; odds are it will — eventually." (Emphasis ours.)

Also, here are excerpts of what POLITICO dubbed "The Leap Backward":

— (W)ith Sen. KYRSTEN SINEMA (D-Ariz.) opposed to raising income tax rates on the wealthy or increasing the corporate tax rate, Democrats have some work to do.

— Unhappy Bernie: Sen. BERNIE SANDERS (I-Vt.) also drew a red line Tuesday, insisting that his Medicare benefits expansion be included in the bill. We don’t know how this gets resolved since (Sen. Joe) Manchin (D-W.V.) has been saying he won't expand a program that's already going bankrupt.

— Manchin vs. IRS. Manchin also insisted Tuesday he won't back any bill that forces banks to report to the IRS how much money flows in and out of individuals’ accounts. (Emphasis theirs.)

"I need (the spending legislation passed) before I go and represent the United States in Glasgow. American prestige is on the line."

Grassfire thinks there's much more than "prestige on the line" over the next few days. This SPENDING SCAM will dictate who we are as a nation moving forward. Will America remain the land of life, liberty and limited government? Or will the Biden regime push the United States off a fiscal cliff into full-blown socialism.

Sens. Sinema and Manchin are on the tip of the spear in this battle to save America. Both Senators are still opposed to the true $6-TRILLION "price tag," which ultra-far-left Sen. Bernie Sanders (an self-proclaimed socialist) reportedly let slip in a closed-door meeting last week.

Pressure on those two Senators from their fellow Democrats is at a fever pitch this week. But they can save America from socialism! Using Grassfire's unique FaxFire system, you can encourage both Sinema and Manchin to stand strong and continue fighting to "Stop The Spending Scam!"

Click here or on the banner below and immediately fax Sen. Sinema, Sen. Manchin and ALL 50 Republican Senators for only $30. Or you can reach every U.S. Senator (100 "Stop The Spending Scam!" faxes) for just $50:

Due to a legislative tactic known as "budget reconciliation," the Biden regime's $6-TRILLION SPENDING SCAM can be passed with a simple majority vote in the Senate. All 50 Republicans in the Upper Chamber are opposed to pushing the U.S. off a fiscal cliff into full-blown socialism. If Sinema or Manchin vote "NO!" Democrats won't have the 50 votes they need to have Kamala Harris cast the tie-breaking vote. Click here to fax Senators on Capitol Hill now.

Again, Grassfire representatives will soon deliver thousands of "Stop The Spending Scam!" petitions to Sinema, Manchin and GOP leadership on Capitol Hill. Let Senators know where you stand. Click here to fax them now. To send your own "Stop The Spending Scam!" faxes, click here for a list of targets and contact information. Thanks, in advance, for making your voice heard.

P.S. Time is running out to "Stop The Spending Scam!" Because Democrats are using "budget reconciliation," Biden's SOCIALIST SPENDING SCAM needs only a simple-majority vote to become law. The radical, unhinged Left could turn our great nation into "The Socialist States of America" with ZERO REPUBLICAN SUPPORT! That's what makes Sinema's and Manchin's votes the key to stopping it! Don't let America get pushed off a fiscal cliff into full-blown socialism. Go here to fax Senators and demand they "Stop The Spending Scam!" now:

Except for every sticking point, Dems are close to a deal (POLITICO)