Priest: "Equality Act is an instrument of the devil" 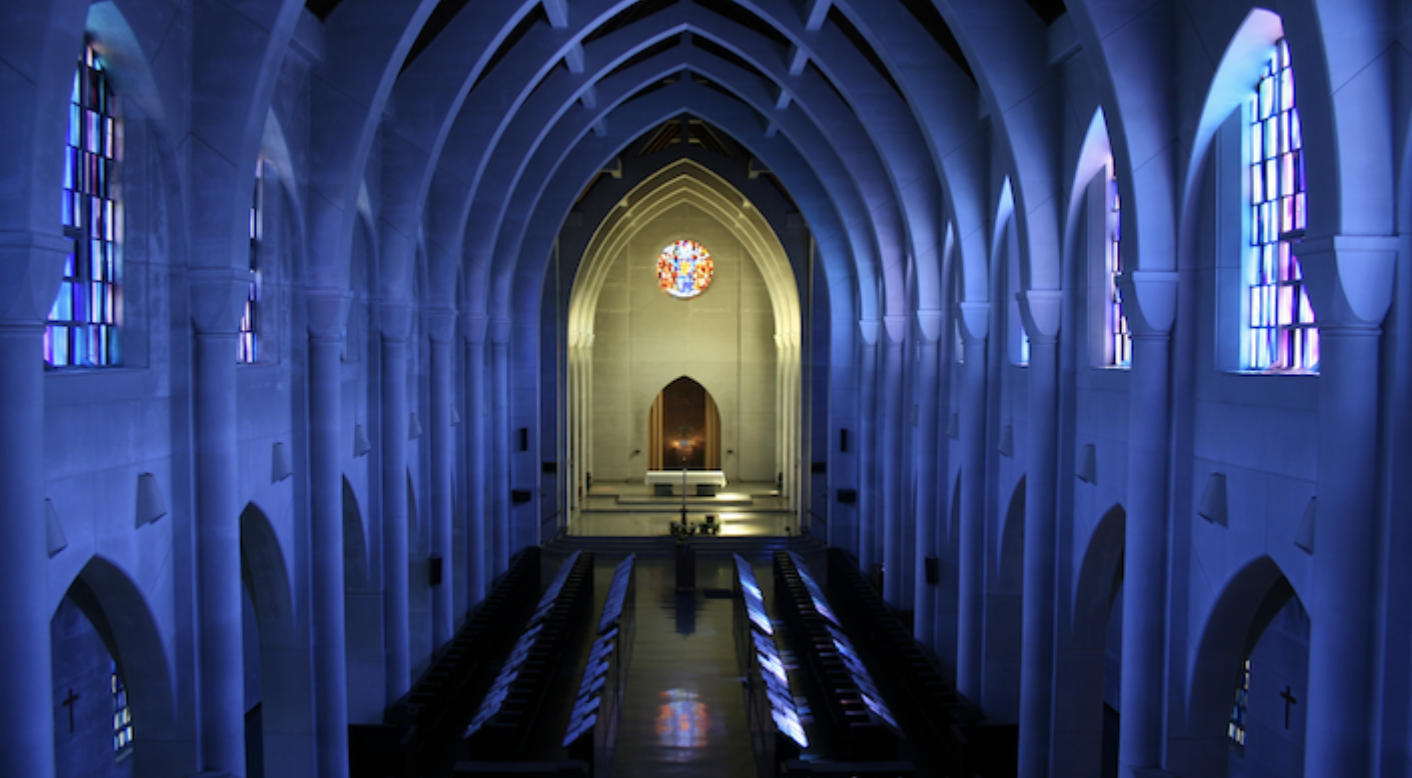 We want to make sure you didn't miss last night's update about a South Carolina priest who is bravely and boldly speaking out against the so-called Equality Act. His message criticizing the pro-LGBTQ and anti-faith legislation as a threat to people of faith has struck a chord with Grassfire team members.

In his homily on Sunday, Father Jeffrey Kirby didn't hold back. (See below.) But the Catholic priest said even more that we want to share with you today. He insisted that people of faith aren't protesting this controversial bill out of hate or bigotry. Instead, their opposition comes from a desire to see Americans live according to sincerely held religious beliefs.

"As Christians, we seek harm to no one," Fr. Kirby explained. "We are people of dignity. We are people of authentic equality. We seek no harm, and we seek only the opportunity to live by our faith and to openly and without persecution or threat to share our faith in the midst of the world. We are simply asking, ironically, for equality [and] to have our status recognized as citizens who acknowledge the existence of God and seek to live by His teachings."

Fr. Kirby also encouraged his congregation to contact their lawmakers and let them know where they stand on H.R.5. But more than that, he challenged people to pray for our great nation:

"Who would have ever imagined that in the United States of America the simple observable fact that a man is not a woman and a woman is not a man would be considered hate speech? Would be considered radical, extreme, discriminatory? Pray for our country. Fast for the United States of America, and pray that we can return to our true birthright. We are the land of the free and the home of the brave. We seek simply to live in that freedom and to be able to exercise that bravery."

Millions of Americans want the Senate to defeat this extreme, pro-LGBTQ bill in defense of religious liberty; to ensure a level playing field for women's and girls' sports; to validate the scientific difference between sex at birth and chosen gender; and to protect born and unborn children.

Click here or on the banner below to instantly send your personalized "Stop The 'Equality' Act!" faxes to all 50 GOP Senators for just $30, or reach EVERY member of the U.S. Senate (100 faxes) for only $50:

The "Equality" Act insists that pro-faith Americans CANNOT disagree with the radical Democrats' and Unhinged Left's extreme pro-LGBTQ agenda. It threatens to invalidate "The Religious Freedom Restoration Act of 1993" -- a crucial law passed to guarantee and protect the sincerely held beliefs of Christians and other people of faith.

This legislation poses one of the greatest threats to religious freedom America has ever seen. If passed, H.R.5 would impact churches, faith-based organizations (including adoption and foster-care providers), and Christian businesses, as well as Christian schools and university. The bill would also harm women and girls by erasing significant safety, privacy and equality rights, while also defending abortion under the guise of "sex discrimination."

H.R.5 has already passed the House, but the bill needs 60 votes to pass the Senate. That means, 10 GOP Senators must side with Democrats and vote "YES" for the "Equality" Act to become law. If you agree with Fr. Kirby and want to defend religious freedom and the rights of women, girls, at-risk children and the unborn, you can take action today.

P.S. If you can, "go the extra mile" this morning and fax all 100 U.S. Senators for only $50. That's just 50 cents per fax -- a 50% discount! To send your own faxes, click here for a list of fax targets and their contact information. Or you can go here to utilize Grassfire's "Stop The 'Equality' Act!" FaxFire now:

To help our team members learn more about America's birthright, Grassfire created a FREE seven-day course that reveals your true heritage as a citizen of "the land of the free and the home of the brave." This true story of our nation's founding documents settles the question of the United States as a "secular" nation and re-establishes the biblical, historical and constitutional grounds of our liberties -- the liberties we must recover today. Click here to sign up for our "America's Birthright" series now.

A Catholic priest in South Carolina "said the quiet part out loud" when he preached against the so-called Equality Act during mass on Sunday. In an online video posted by Alpha News this week, Father Jeffrey Kirby didn't hold anything back in his criticism of the anti-faith, pro-LGBTQ legislation currently before Congress.

"The Equality Act is an instrument of the devil," he insisted. "It comes straight from hell in order to bind the hands and the mouths of good people who seek to speak the truth, to share their faith, and to come in their house of worship and to live a culture according to that faith."

Kirby also warned that the controversial bill "will threaten everyday speech where people can be fined or lose their jobs for using the wrong name or even the wrong pronoun. I can be charged with hate speech by preaching the gospel from this pulpit."

If, like Fr. Kirby, you want to see the "Equality" Act defeated in the Senate, you can instantly contact every GOP Senator to demand they stand against this anti-faith, anti-woman and anti-child legislation. Click here or on the banner below now to immediately send your personalized "Stop The 'Equality' Act!" faxes to all 50 Senate Republicans for just $30:

This "dangerous" legislation does NOT exempt churches, religious organizations, Christian businesses or Christian schools and universities. In fact, the "Equality" Act specifically FORBIDS religious free-exercise claims as a defense against it.

The bill would also rewrite civil-rights law to include "sexual orientation and gender identity" as protected classes. By doing so, it would erase significant safety, privacy and equality rights for women and girls.

It also could harm children by eliminating faith-based adoption and foster-care providers, while also defending abortion under the guise of "sex discrimination." So, if you want Republican Senators to stand against the "Equality" Act, click here to fax them now. Thanks, in advance, for taking action today.

P.S. Click here to watch Fr. Jeffrey Kirby take his brave, bold stand against the "Equality" Act. If you want to see this controversial anti-faith, anti-woman and anti-child legislation defeated, take action now! Click here or on the banner below to instantly fax all 50 Republican Senators for just $30 or EVERY United States Senator for only $50:

Fr. Jeffrey Kirby speaks out against the Equality Act (Alpha News via YouTube)