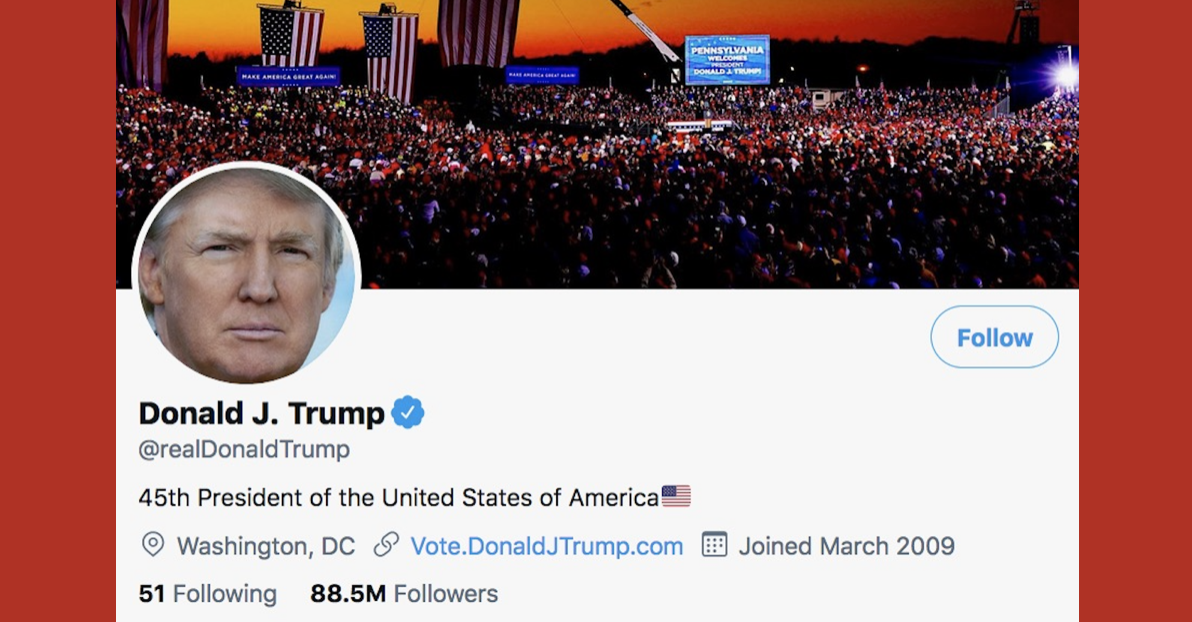 President Trump unleashed a tweet storm over the weekend, blasting Republicans for their failure to fight against voter fraud and election-law violations. His "Twitter Blitz" included more than a dozen posts demanding the GOP take action. Some of the Commander-in-Chief's "greatest hits" from Saturday include: 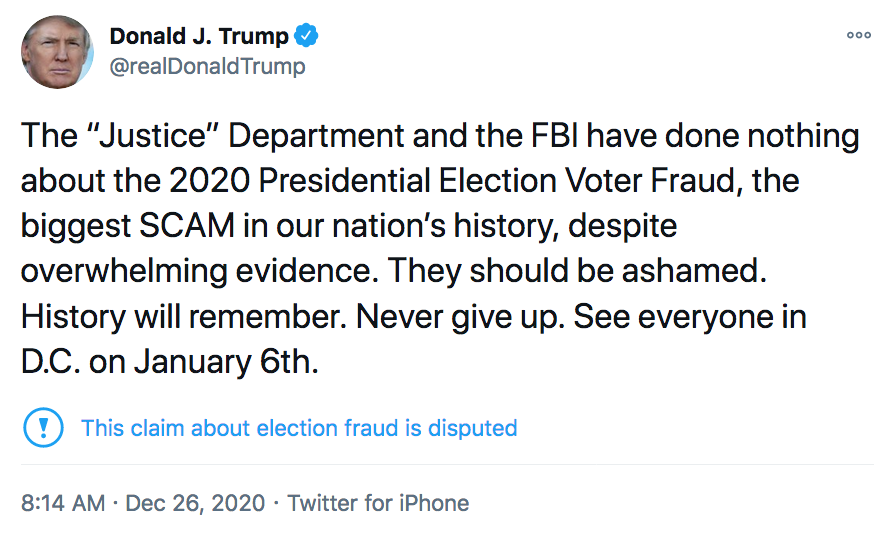 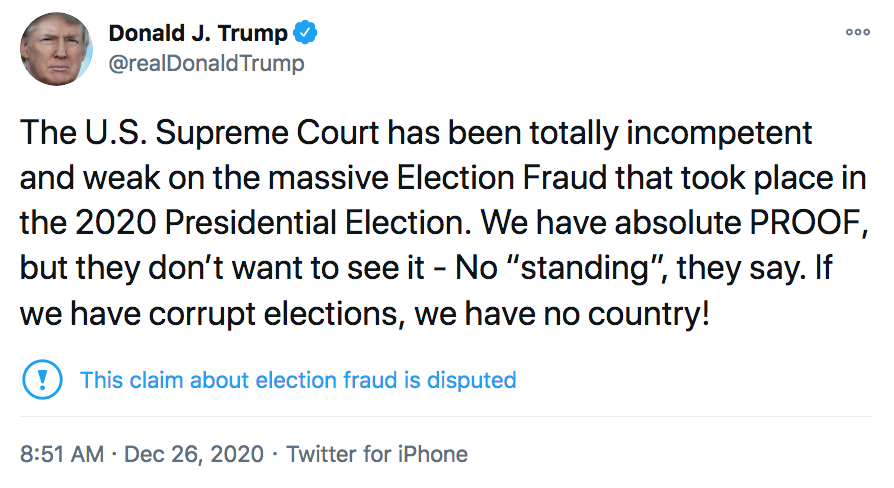 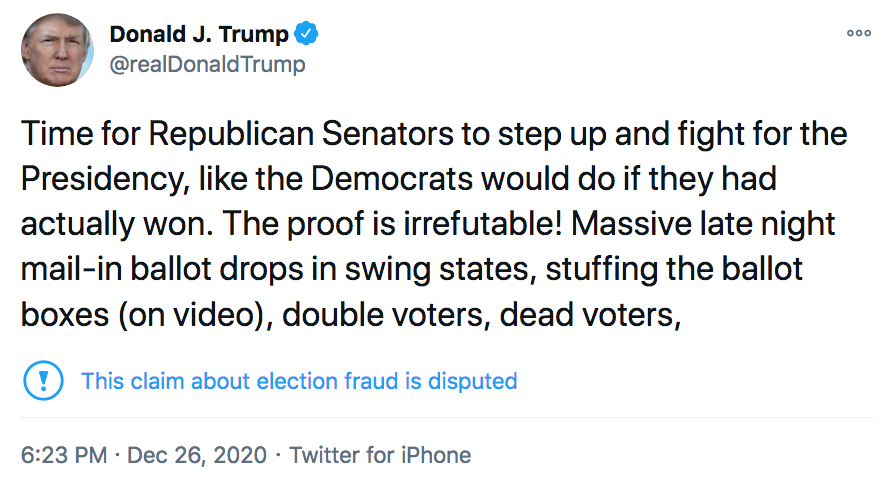 As you can see, NOTHING was off limits. The President took aim at the "Justice" Department, FBI, Supreme Court and Republican Senators -- in just those three tweets! America's Commander-in-Chief continues to rightly call the 2020 election "rigged." The evidence of voter fraud and election-law violations is massive and widespread. The Trump campaign's legal team is still fighting the results on several fronts and is committed to seeing every LEGAL vote counted and all ILLEGAL votes tossed.

If you support the President, call on GOP lawmakers to "Stop The Steal!" Take immediate action to prevent radical Democrats and the Unhinged Left from hijacking the 2020 election by making your voice heard NOW. Use Grassfire's "Stop The Steal!" FaxFire to instantly tell Senate Majority "Leader" Mitch McConnell (R-KY) and 52 other Republicans Senators to "FIGHT!"

Click here or on the banner below now to fax your personalized message to all 53 GOP Senators,  SEVEN governors in key battleground states and 16 elected officials in Georgia, Pennsylvania, Michigan and Wisconsin -- for just $30:

Please consider "going the extra mile" by choosing LEVEL TWO of the "Stop The Steal!" FaxFire and also reach House Minority Leader Kevin McCarthy (R-CA), Minority Whip Steve Scalise (R-LA) and ALL 37 members of the House Freedom Caucus for just $20 more. Click here to send 115 faxes to lawmakers for only $50. (That's less than $.44 each)

Your "Stop The Steal!" faxes specifically target the Senate Majority "Leader" — the chief architect of the GOP's failed "Play Fight & Surrender" strategy in Congress. His "go along to get along" approach with Democrats over the past several years has brought disastrous consequences, including ObamaCare, ObamaGate, out-of-control spending and the "rigged" election!

With that in mind, please consider taking action by faxing McConnell's Capitol Hill office now. Click here to immediately send your personalized, pro-Trump, "Stop the Steal!" messages to the Senate Majority "Leader" and 52 other GOP Senators for just $30 -- less than $.40 each.

The COVID-inspired, vote-by-mail scams that Democrats insisted on months ago have brought America to where it is now -- on the brink of a stolen election! Liberty-loving Americans can't let radical Democrats and the Unhinged Left get away with robbing Donald Trump of his second term! The Republican-controlled Senate, GOP leaders in the House, the 16 state legislators, and seven governors targeted in our "Stop The Steal!" MUST take immediate action! Click here to fax now.

P.S. Again, if you want to make your voice heard by telling the GOP to stand with the President, utilize Grassfire's "Stop The Steal!" FaxFire. Tell Senate Majority "Leader" Mitch McConnell (R-KY) and the other 52 Republicans in the Senate to take immediate action to prevent radical Democrats and the Unhinged Left from stealing the 2020 election! Click here or on the banner below now to fax your personalized message to 76 lawmakers for just $30 or 115 legislators for only $50: