President Trump acquitted, but the fight's NOT over! 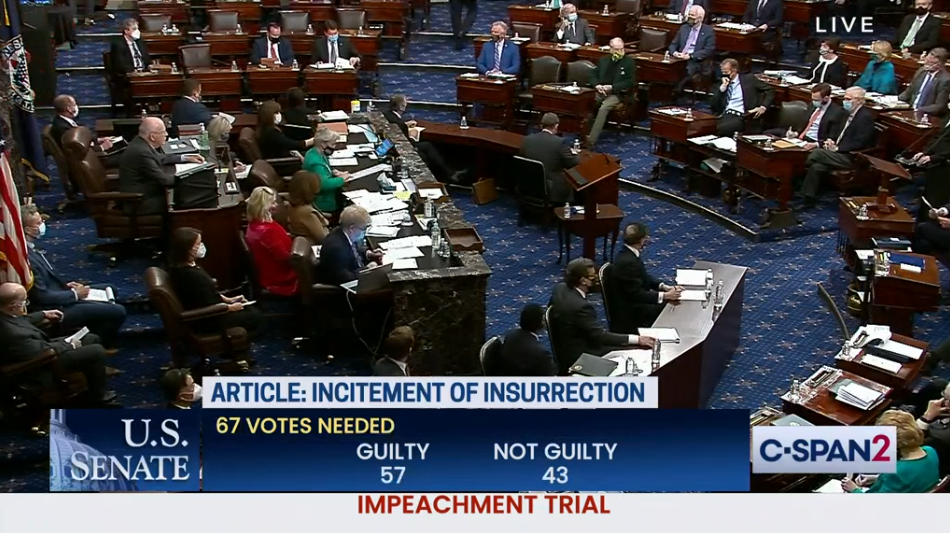 By a vote of 57 to 43, the Senate acquitted President Trump this afternoon. Seven RINO Senators joined with every Democrat to vote guilty on the House's bogus impeachment charge of "incitement of insurrection."

But Grassfire is confident this victory will be short lived, as radical Democrats, the Unhinged Left, the D.C. Swamp, the Deep State, FAKE NEWS, Hollywood's elite and NeverTrump Republicans continue their efforts to destroy this president and the "America First" movement he started more than five years ago.

We wish we could tell you that this fight is over, but Grassfire fully expects that this "War on Trump" is far from over. We expect even more attacks on President Trump and the 74 million Americans who voted for him.

Democrats and anti-Trump Republicans have dragged our great nation through one of the darkest political periods in our nations history. But instead of moving on and focusing on the business of the American people, the fight to destroy America’s 45th president could reignite as soon as Monday morning -- with a push to disqualify President Trump using the 14th Amendment. (We'll have more on that soon.)

Immediately after the vote to acquit President Trump, the Senate Minority Leader, Republican Mitch McConnell, launched one of the most hateful, mean-spirited attacks ever on a former American president. Despite voting to acquit America's 45th president McConnell said the events of January 6 were a "disgraceful dereliction of duty." He also added:

"There’s no question – none – that President Trump is practically and morally responsible for provoking the events of the day."

Based on those comments by a Republican "leader" and others made by members of the majority party in both the House and Senate, Grassfire expects that today’s victory for "America First" agenda won't last long. It likely will be followed soon by attempts to totally discredit, silence, censor, and cancel President Trump and everyone who voted for him.

President Trump responded to today's verdict by releasing a statement that thanked his "team of dedicated lawyers and others for their tireless work upholding justice and defending truth." He also promised:

Our historic, patriotic and beautiful movement to make America great again has only just begun. In the months ahead, I have much to share with you, and I look forward to continuing our incredible journey together to achieve American greatness for all of our people.

We have so much work ahead of us, and soon we will emerge with a vision for a bright, radiant, and limitless American future.

Together there is nothing we cannot accomplish.

We remain one people one family and one glorious nation under God, and it’s our responsibility to preserve this magnificent inheritance for our children and for generations of Americans to come.

In response to the Democrats' and RINOs' second failed impeachment effort, Grassfire wants you to have a symbol of winning this battle over tyranny. In appreciation for your contribution of $30 or more, we'll rush you three "TRUMP 2020" Coins and five "TRUMP 2020" Bills. Shipping is absolutely FREE!

Click here or on the banner below to order your "TRUMP CURRENCY" now and help Grassfire fight back in the days, months and years ahead: 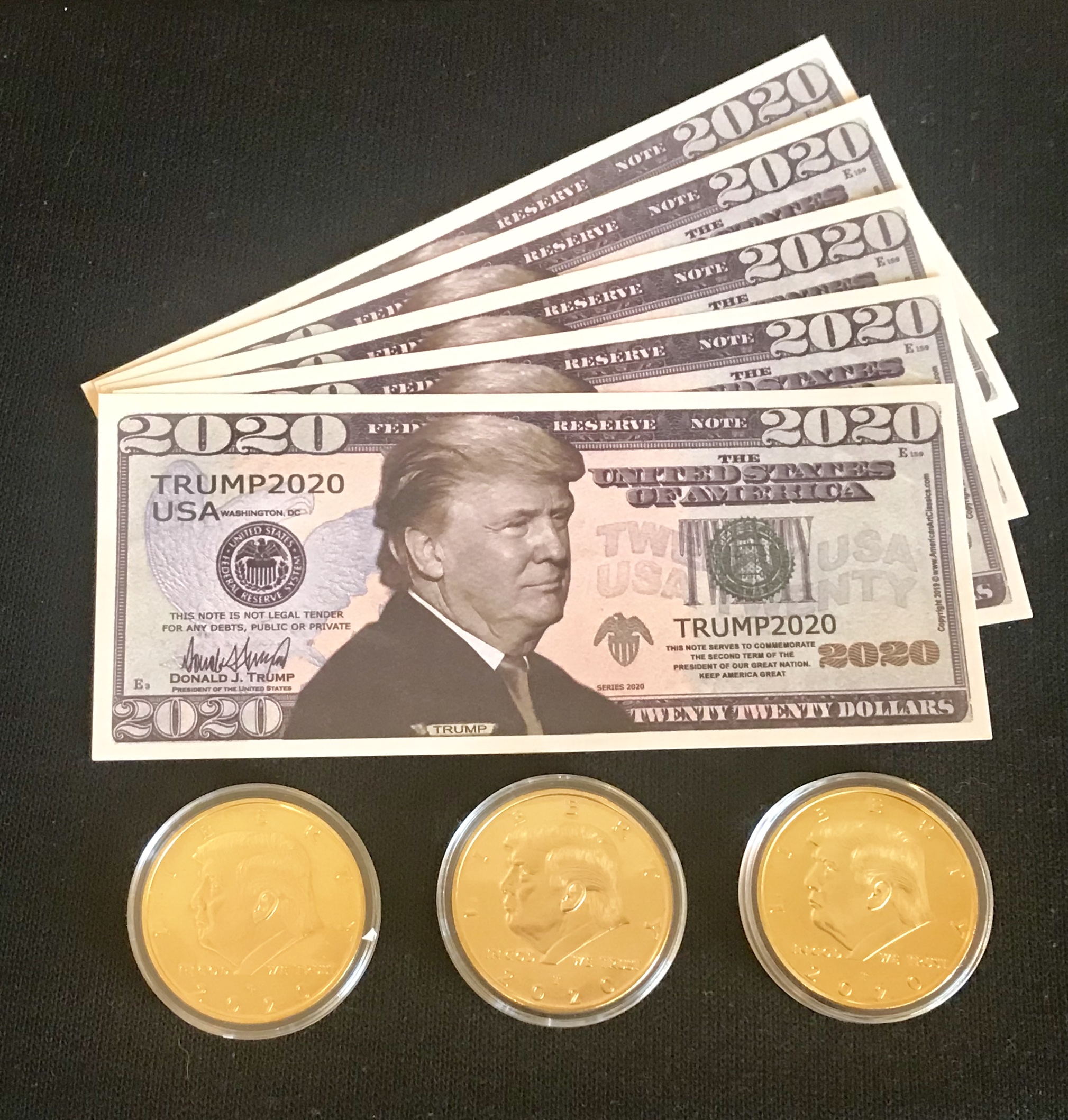 Grassfire's "TRUMP 2020" Coins are nearly 50% larger than a U.S. Silver Dollar, and each one comes in a plastic, protective case. One side has an image of President Trump with the words "Liberty," "In God We Trust" and "2020." The opposite side is emblazoned with the presidential seal and "Donald Trump 45th President of the United States." (Click here for a link to see both sides.)

Our "TRUMP 2020" Bills feature a portrait of President Trump on one side and an image of the White House -- with the words "In God We Trust" -- on the other. (Click here for a link to see both sides.) This collectible currency has no cash value, but we're confident you'll want to hold on to these unique keepsakes for years to come.

Every order of our "TRUMP 2020" Coins and Bills helps us empower you to make your voice heard on Capitol Hill and beyond. But our supply of this "commemorative cash" is limited. So don't wait!

Click here now to receive your "TRUMP 2020" CURRENCY in appreciation for your contribution of $30 or more to help Grassfire build for the fights ahead. Shipping is absolutely FREE. Thanks, in advance, for your support.