POLL: Will "Speaker McCarthy" be good or bad for America? 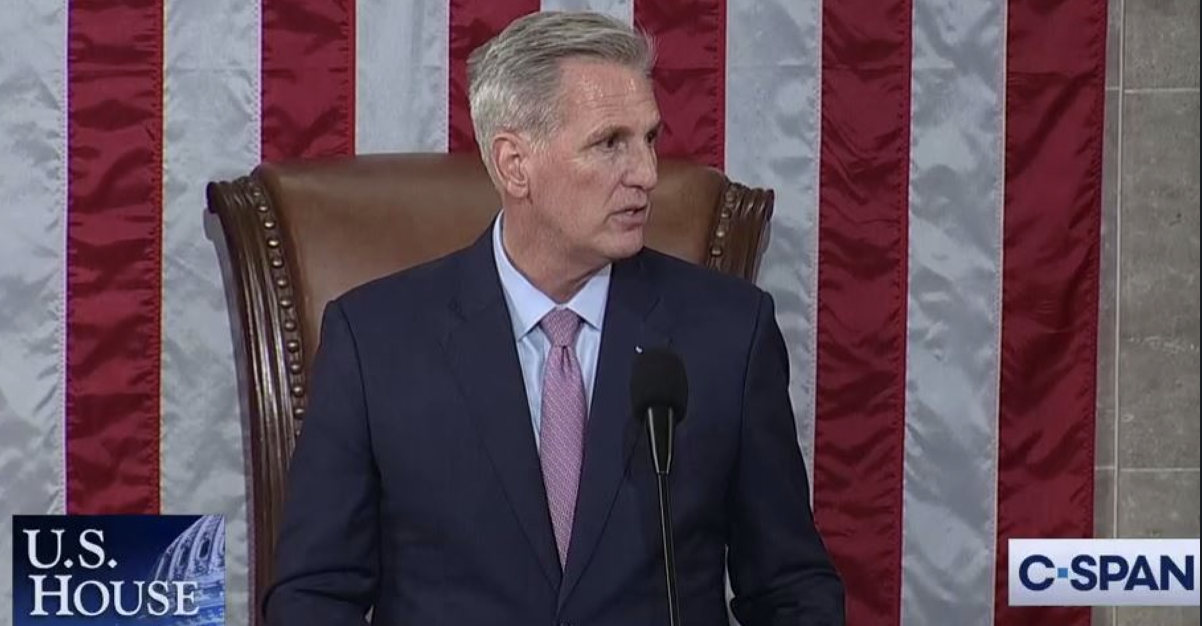 POLL: Will "Speaker McCarthy" Be Good For America? Vote Now...

After lots of late-night wrangling and an early morning vote on Capitol Hill, Kevin McCarthy (R-CA) has finally been elected Speaker of the House of Representatives. It took for days and 15 votes -- the most in 163 years -- to hand McCarthy the gavel, but the prolonged legislative battle ushers in a new era of Republican leadership in the Lower Chamber. Breitbart News reports:

McCarthy received 216 votes, House Democrat Leader Hakeem Jeffries (D-NY) received 212 votes, and six Republican members voted "present." ... The roughly 20 members who had been voting against McCarthy throughout the week — many of whom are in the House Freedom Caucus — sought various structural changes to the House and other commitments from the leader, aiming to shift power away from leadership and to rank-and-file members and Freedom Caucus members specifically.

With the "smoke still clearing" in our nation's capital this morning, Grassfire wants to know what you think. Now that he has the gavel, will "Speaker McCarthy" be good for America? Will it be business as usual by RINOs (Republicans In Name Only) and the GOP Establishment on Capitol Hill? Or will McCarthy return power to "We the People"?

Where do you stand? Please make your voice heard via our "Speaker McCarthy" QuickPoll by voting "Yes!" or "No!" now:

Will "Speaker McCarthy" be good for America? 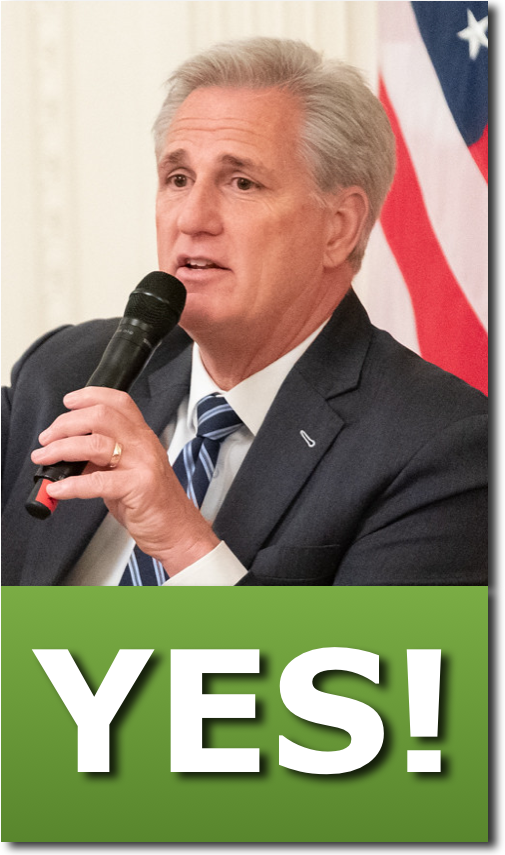 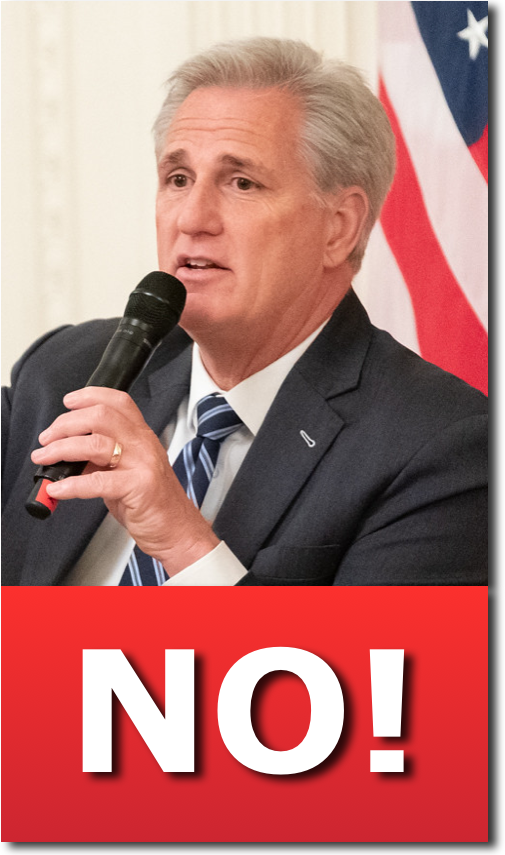 After voting, please forward this message to your family members and friends. We'd like to know what they think too about this new era of Republican leadership. Thanks, in advance, for taking action this morning.