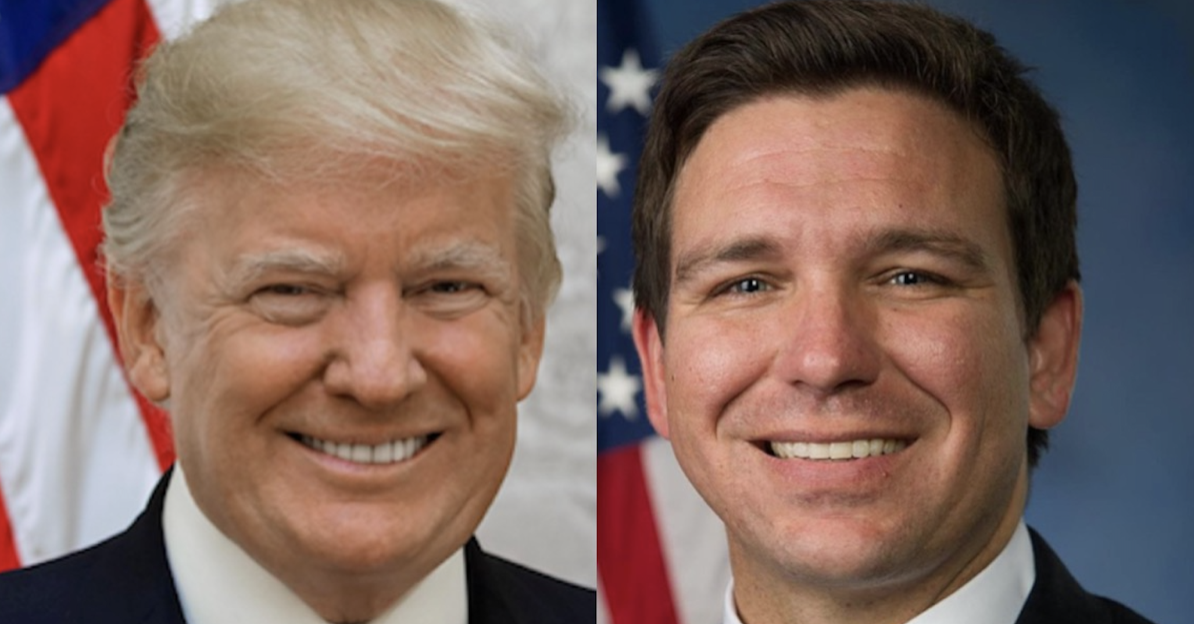 The "red tsunami" that Republicans hoped would sweep across America only went as far as Florida. "The Sunshine State's" election results were among the nation's first to be reported, and they revealed dominant wins at every level of government: federal, state and local. Governor Ron DeSantis (R) won re-election easily. After a 32,000-vote victory (.4%) in 2018, the incumbent beat this year's challenger by nearly 20 percentage points (1.5 million votes).

The rest of America saw more of a "red ripple." While the GOP appears to have won control of the House, the balance of power in the Senate is still up in the air. Two days after the election, several key races remain too close to call, including big-name candidates backed by President Trump. In the Arizona governor's race, Kari Lake insists she has a path to victory, as does Blake Masters, the Republicans' Senate candidate in "The Grand Canyon State."

Georgia's GOP Senate nominee Hershel Walker, a longtime friend of America's 45th "Commander-in-Chief," is headed for a runoff on December 6. Perhaps the most shocking Republican defeat from Tuesday is Trump-endorsed Dr. Mehmet Oz in Pennsylvania. The celebrity doctor lost to Democrat John Fetterman, who lived off his parents until age 50 and appears cognitively impaired after a debilitating stroke in May.

Trump-endorsed candidates have gone 219-16 since Tuesday with more wins expected. But the success of the GOP in Florida and the struggles faced in other states have raised an important, but controversial, question: Who should lead the Republican Party moving forward? We know it's early, but Grassfire wants to know who you want to see as the GOP presidential nominee in 2024. Please vote in our one-question "Trump or DeSantis?" QuickPoll now.

Please share this one-question survey with your family members and friends. We want to know what they think, too. Grassfire will share the results of our "Trump or DeSantis?" QuickPoll after it reaches 10,000 votes. Thanks, in advance, for taking action this morning.

P.S. QuickPolls are not scientific, nor do they endorse a specific candidate or position. These Grassfire surveys are for informational purposes only, but we are confident they accurately reflect the views of "America First" patriots across this great nation.