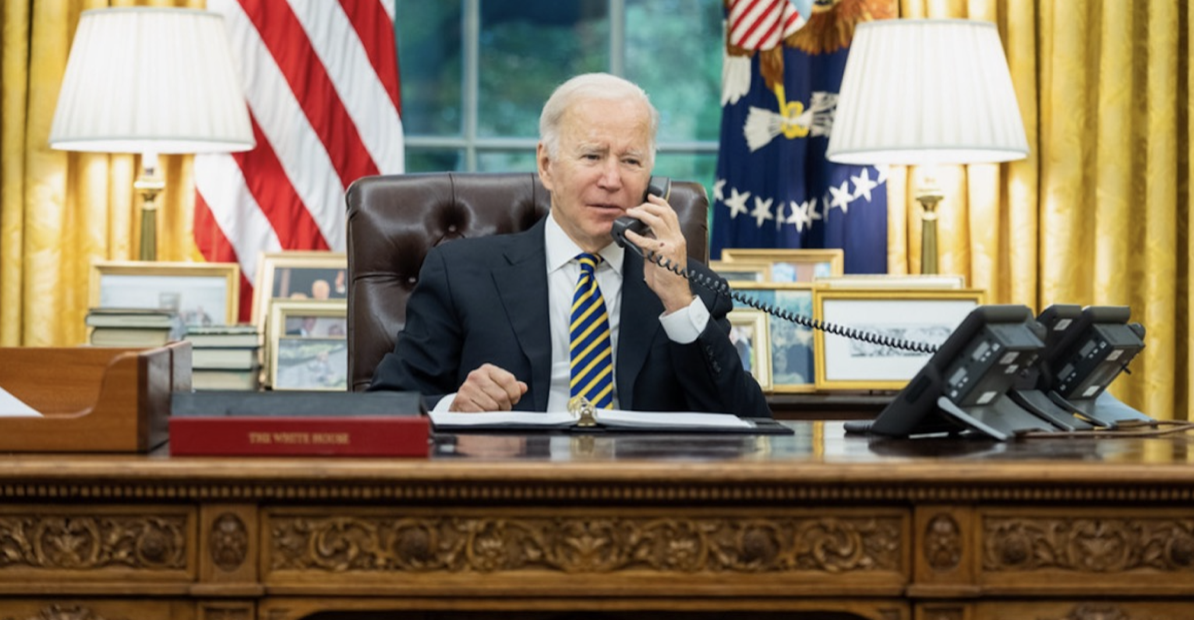 By a whopping four-to-one margin, Republicans support protecting America's border before Ukraine. A new Rasmussen Reports poll indicates 75% of conservatives want to secure the U.S.-Mexico "against illegal immigration," while only 17% think "defending Ukraine against Russian invasion" is "more important to America's national interest."

Rasmussen conducted their survey on Wednesday and Thursday of last week and included 1,000 likely voters. An analysis of the poll by Breitbart News determined that the radical, unhinged Left prefers protecting Ukrainians over securing American interests here at home:

"In contrast, just 31 percent of Democrats favored defending the U.S. border, which is needed by their fellow citizens as they try to win good wages from employers, and as they try to buy decent housing near good schools. Ideological liberals were even more likely to favor the defense of Ukraine over the American border, by 67 percent to 17 percent, or four to one."

A few weeks ago, we conducted our own QuickPoll that asked team members if Joe Biden was protecting the wrong border. Of the more than 3,000 votes we received, 96% indicate that Grassfire Nation thinks the Biden regime is doing more to defend and secure Ukraine's border than America's.

In the midst of a raging border crisis of our own, with inflation skyrocketing and violent crime rising, Joe Biden wants to hand over BILLIONS AND BILLIONS of taxpayer dollars to Ukraine and Eastern Europe. If you're tired of the Biden regime's "America Last" agenda, now is the time to make your voice heard!

If you think the United State's so-called "Commander-in-Chief" should be working harder to secure the U.S. border with Mexico than protecting Ukraine's, make your voice heard! Tell Republicans in the House and Senate to demand the Biden regime prioritize defending American interests first by securing our country's border. Take immediate action by signing the "Stop Protecting The Wrong Border!" national petition.

Again, Joe Biden wants to spend BILLIONS helping protect Ukraine's border while ignoring the crisis raging along the U.S. border with Mexico. If you want the Biden regime to stop the literal invasion of illegal aliens, click here or on the banner below now to sign the "Stop Protecting The Wrong Border!" national petition:

Is the Russian invasion of Ukraine horrible and unacceptable? Yes! Absolutely. But America is facing a very real threat that's being ignored by Joe Biden. Our southern border is literally being invaded by millions of illegal aliens!

The Biden regime's blatant disregard for our great nation's security, sovereignty and way of life must not stand. We launched the "Stop Protecting The Wrong Border!" petition to give you a voice in Washington, D.C. Click here to sign now.

Grassfire wants to empower you to call on the GOP to take action against the Biden regime. Demand they force Mr. Biden to address the illegal-immigration crisis raging along America's southern border before spending BILLIONS of taxpayer dollars on the decades-old conflict between Russia and Ukraine!

Are you fed up with the Biden regime refusing to secure America's southern border from a literal invasion of illegal aliens? If so, sign the "Stop Protecting The Wrong Border!" national petition. Click here to add your name now.

P.S. America's southern border is being overrun by illegal aliens, and Joe Biden is doing almost NOTHING to stop it! Demand Republican leaders on Capitol Hill take immediate action to protect the United States' security, sovereignty and way of life. Click here or on the banner below now to sign the "Stop Protecting The Wrong Border!" national petition: