"The only chance Republicans have" (WSJ) 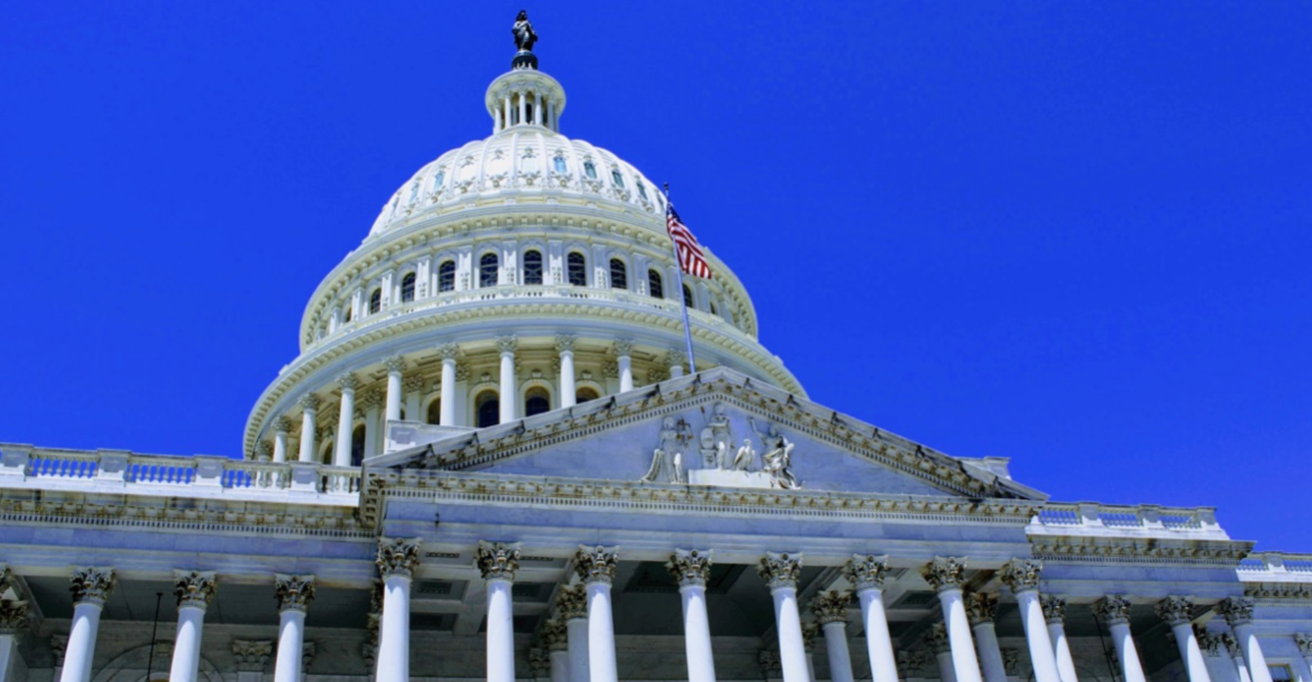 This morning, Grassfire emailed you an excerpt of an article published in today's The Wall Street Journal. "The Sanders Democrats Go For Broke" confirms what we've been telling you over the past week about two multi-trillion-dollar spending bills that will finance far-left, Democrat wish-lists. The newspaper's Editorial Board writes:

This would be the largest spending increase in U.S. history, and a huge increase in the size and scope of government. ... Democrats are going for broke — literally.

We wanted to take a few minutes this afternoon to dig a little deeper into the article. It starts with a very sobering truth about the true cost of "losing" the Senate in 2020:

The price of Republicans losing those two Georgia Senate seats in January was always going to be steep, and late Tuesday Democrats presented America with the bill: $4.1 trillion. That’s how much in new taxes and spending President Biden, [Sen.] Bernie Sanders [I-VT] and [House Speaker] Nancy Pelosi [D-CA] hope to ram through Congress with the narrowest majorities in decades.

(The WSJ's $4.1-trillion figure doesn't take into account the approximately $600 billion earmarked by Senators for "infrastructure" spending. So, the total cost of "Biden's Boondoggles" to American taxpayers is actually $4.7 trillion.)

But that's only the beginning of the article. The news gets worse. Much, much worse. Here's more:

The Sanders-Pelosi strategy — Mr. Biden is along for the ride — is to create several new programs that will expand automatically without an annual appropriation by Congress.

Any American who qualifies will get the cash for universal pre-K, paid family leave, a new federal child-care program, free community college, and more. Democrats will start these programs small, but they will grow inexorably into huge claims on the Treasury and they will be politically impossible to reform or repeal.

All of this will be "paid for" with a combination of tax increases and phony accounting. Mr. Biden’s spending proposals made this appear to work by offsetting eight years of spending with 15 years of tax increases.

We could go on, but you get the point. (A link to the full article appears below.) Honestly, this reads like some kind of dystopian, George Orwell novel. The United States is standing on the abyss of socialism, and Democrats are ready to shove America over the side.

The Editorial Board also writes about "the misjudgment of Republicans" regarding "bloody minded Democrats" who "believe this is a rare moment to put in place a permanent expansion of government." Both of the spending bills that are "Biden's Boondoggles" pose a serious threat to our republic. But can they be defeated? Here's the WSJ's advice to the GOP:

The only chance Republicans have to stop the $4.1 trillion Sanders-Pelosi agenda is to make the public case against it and force Democrats on Capitol Hill to take sole responsibility for the consequences if they pass it.

Senate Republicans MUST stop their "play-fight and surrender" routine and take action to stop "Biden's Boondoggles"! They need to stay united and convince at least one Democrat Senator to stand with them against this huge expansion of Big Government!

ZeroHedge reports that at least two "moderate" Democrats are "not yet on board" with the $3.5 trillion in additional spending: Sen. Joe Manchin (WV) and Sen. Jon Tester (MT). Grassfire is empowering our team members to fax those two Senators and EVERY Republican in the Upper Chamber now! Demand they vote "NO!" on these radical-leftist, taxpayer-funded giveaways poorly disguised as "infrastructure" bills.

Click here or on the banner below to rush your personalized message to Capitol Hill using Grassfire's unique FaxFire system. Instantly send "Stop Biden's Boondoggles!" faxes to all 50 GOP Senators, as well as moderate Democrat Sens. Manchin and Tester. That's 52 faxes for only $30! Reach EVERY member of the U.S. Senate (100 faxes) for just $50:

ATTENTION GRASSFIRE VIPS: GO HERE TO SEND YOUR "STOP BIDEN'S BOONDOGGLES!" FAXES FOR 80% OFF!
(Not a VIP? Go here to send this fax at 80% off.)
(Having trouble accessing your benefits? Go here.)

Again, the Biden regime wants Congress to pass $4.7 trillion in spending this month to finance a progressive wish-list of pork spending on "human infrastructure" (whatever that is). But radical Democrats, the Unhinged Left and the "woke" mob are NEVER satisfied. They just want to spend, spend, spend and take, take, take from American taxpayers. That mindset is totally unacceptable and fiscally unsustainable!

At Grassfire, we fight every day for life, liberty and limited government. If these bills pass next week or later this month, it will be the biggest expansion of Big Government that our nation has ever seen. America may NEVER be able to come back from it. Once enacted, federal entitlement programs are almost impossible to end. That's why Republicans and moderate-Democrat Senators MUST stop these $4.7 trillion spending bills. Click here now to instantly fax 50 GOP Senators, Sen. Manchin and Sen. Tester for $30.

Senate Majority Leader Chuck Schumer (D-NY) needs 60 votes to pass the smaller $1.2-trillion "infrastructure" bill and 50 votes to advance the larger $3.5-trillion one. That means at least 10 Republicans will have to "break ranks" and vote "Yes" for the first legislation to pass the Senate. But he'll need both Sen. Manchin AND Sen. Tester to back the second. Otherwise, neither will reach Joe Biden's desk.

Urge them to stand firm and stay united so "Biden's Boondoggles" don't become law. Tell them NOT to let Democrats define "infrastructure" as whatever they say it is! Click here to fax GOP Senators now. To send your own faxes, click here for a list of "Stop Biden's Boondoggle!" targets and their contact information. Thank you, in advance, for taking action today.

P.S. Merriam-Webster Dictionary defines "boondoggle" as "a wasteful or impractical project or activity." The Biden regime's latest boondoggles add up to an additional $4.7 trillion of spending on mostly radical, far-left Democrat wish-lists. America can't afford to tax and spend its way to a "progressive utopia." That's why Grassfire is empowering you to take immediate take action by urging Senate Republicans and moderate Democrats to fight the runaway, deficit spending in Washington, D.C. Click here to instantly send your "Stop Biden's Boondoggles!" faxes to 50 GOP Senators, Sen. Manchin and Sen. Tester now for just $30. Or reach all 100 U.S. Senators for only $50: