Almost immediately after approving nearly a half-trillion dollars in new debt on Tuesday to "keep the government open" through December 3, Democrats began re-focusing on Joe Biden's $5-trillion SPENDING SCAM. The radical, unhinged Left doesn't just want your taxes. The Biden regime, through this proposed legislation, wants to track EVERY bank transaction of $600 or more.

Democrats think giving the IRS even more power will prevent and root out tax "cheats." When asked about this Big Government intrusion into your personal finances, House Speaker Nancy Pelosi (D-CA) was almost giddy in her response, "Yes. Yes. Yes. Yes. Yes." (Watch it here.)

So, the Speaker of the House, along with Joe Biden and other far-leftists, emphatically supports allowing the government to have even greater control of your finances and, by extension, your life. This is NOT the limited government that America's founders intended and enshrined in the U.S. Constitution. This is tyranny.

Again, the Speaker of the House emphatically supports allowing the IRS to track your bank transactions of $600 or more. Do you? Please participate in today's Grassfire poll by answering "YES!" or "NO!" below: 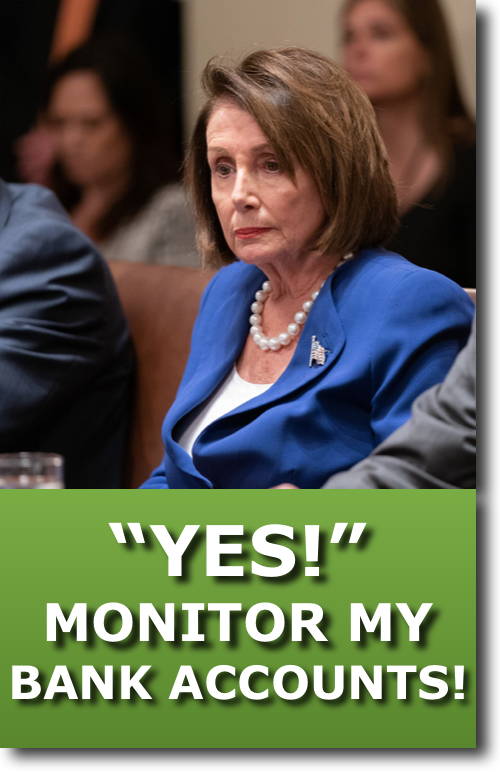 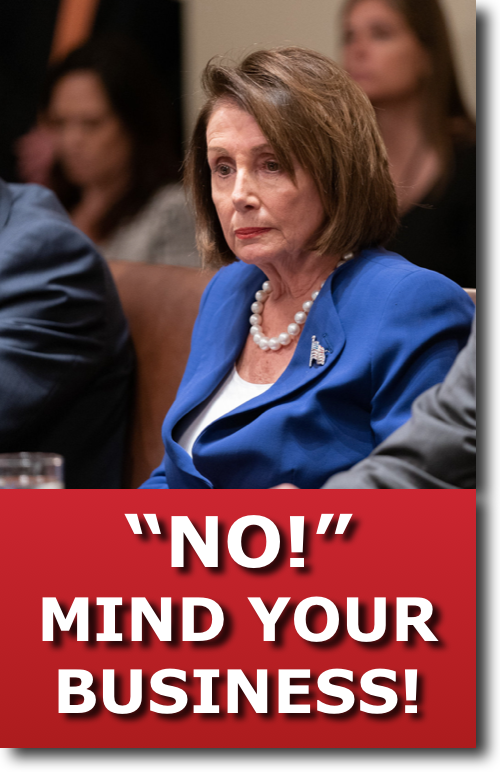 Grassfire wants to know if you stand with Speaker Pelosi in allowing the IRS to track your bank transactions of $600 or more. Or do you support limited government and reject this Democrat-led intrusion into Americans' personal finances? Please vote "YES!" or "NO!" now. Thanks, in advance, for making your voice heard.

P.S. Please note that our polls are not scientific, nor are they meant to endorse a specific candidate or position. While they're for informational purposes only, we're confident our polls reflect the views of conservative Americans.