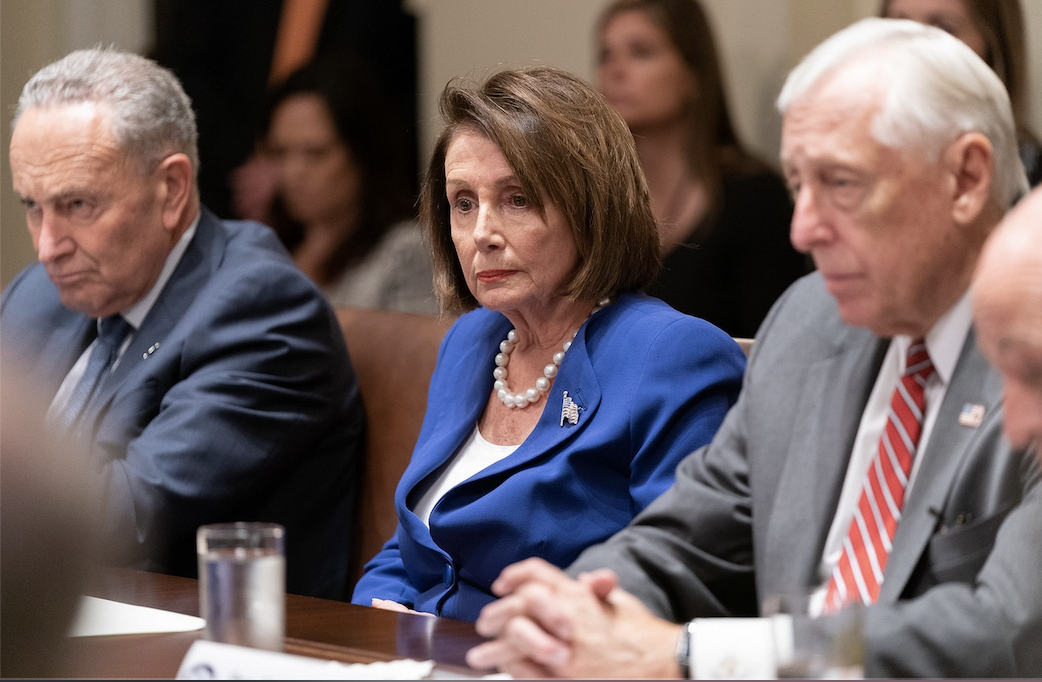 In the midst of a national crisis, Speaker Nancy Pelosi (D-CA) is moving forward with what is sure to be ANOTHER Witch Hunt against the President. Americans should be outraged that Democrats in the House of Representatives have formed a new "oversight committee" to investigate the Trump administration’s response to COVID-19.

On Wednesday, Pelosi announced the names of seven Democrats who will serve on the committee. The Washington Times reports:

The committee is intended to ensure the $2.2 trillion dollars allocated in the third coronavirus package to aid businesses and governments impacted by COVID-19 aren’t misused.

Republicans, however, argue the committee is a waste of time given the oversight provisions built into the CARES package and an opportunity for Democrats to launch another partisan investigation against President Trump.

The GOP is right to assume this committee is a thinly disguised excuse to conduct a THIRD Witch Hunt against our Commander-in-Chief. Think about it: How will this new committee help in any way, shape or form to get our nation and its people back on track after being devastated by coronavirus? The economic and emotional costs of another baseless, partisan impeachment inquiry against the President is NOT what our country needs right now.

+ + Speaker Pelosi MUST Apologize And Be Punished For Her Despicable Attacks On President Trump!

Also, Pelosi's ongoing attacks against the President, which include accusing him of "fiddling" while Americans die, are petty, uncalled for and entirely inappropriate during the COVID-19 pandemic. She also spent time this past week lying about Mr. Trump telling people to "inject Lysol in our lungs."

Grassfire thinks it's time for citizens to let their voice be heard -- especially with our nation in crisis! Pelosi must apologize AND should be punished by Congress.

That's why we're giving our team members the opportunity to tell the Speaker what they think. Our "PELOSI OUTRAGE" FaxFire empowers you to send a personalized message directly to her office on Capitol Hill. These faxes also target your congressional delegation and other key lawmakers in the House and Senate.

If you're sick of the Speaker's despicable attacks, Grassfire can empower YOU to send a clear message to your members of Congress, key House leaders and PELOSI HERSELF. Go here now to schedule your "PELOSI OUTRAGE" FAXES for immediate delivery on Capitol Hill:

Last month, when news of the committee broke, the President responded by saying: "This is not the time for politics. Endless, partisan investigations, here we go again."

Our Commander-in-Chief is absolutely right. Here we go again!

With tens of thousands of Americans killed by this virus and every citizen being called upon to make sacrifices, this is NOT the time for the Speaker of the House to launch outrageous, partisan attacks on the President.

The U.S. economy is crumbling and 30+ million jobs have been lost due to draconian lockdowns and harmful, stay-home edicts. Shame on Pelosi and her minions for attacking Mr. Trump as he and the rest of America struggle to contain COVID-19.

The Speaker's deplorable, divisive rhetoric during this time of crisis MUST end! Take immediate action by faxing Nancy Pelosi, your congressional delegation and other key House and Senate leaders in Washington, D.C. Click here now to tell Pelosi: "Shame on you!"

Blaming President Trump for the deaths of Americans, while threatening impeachment AGAIN, is totally unacceptable and inappropriate. Demand the Speaker apologize and be punished by Congress! Go here.

P.S. We have DISCOUNTED this FaxFire to encourage more team members to take action. Please consider expanding your impact to reach more members of Congress with LEVEL TWO or LEVEL THREE faxes. Thanks, in advance, for your support. Click here or on the banner below now: