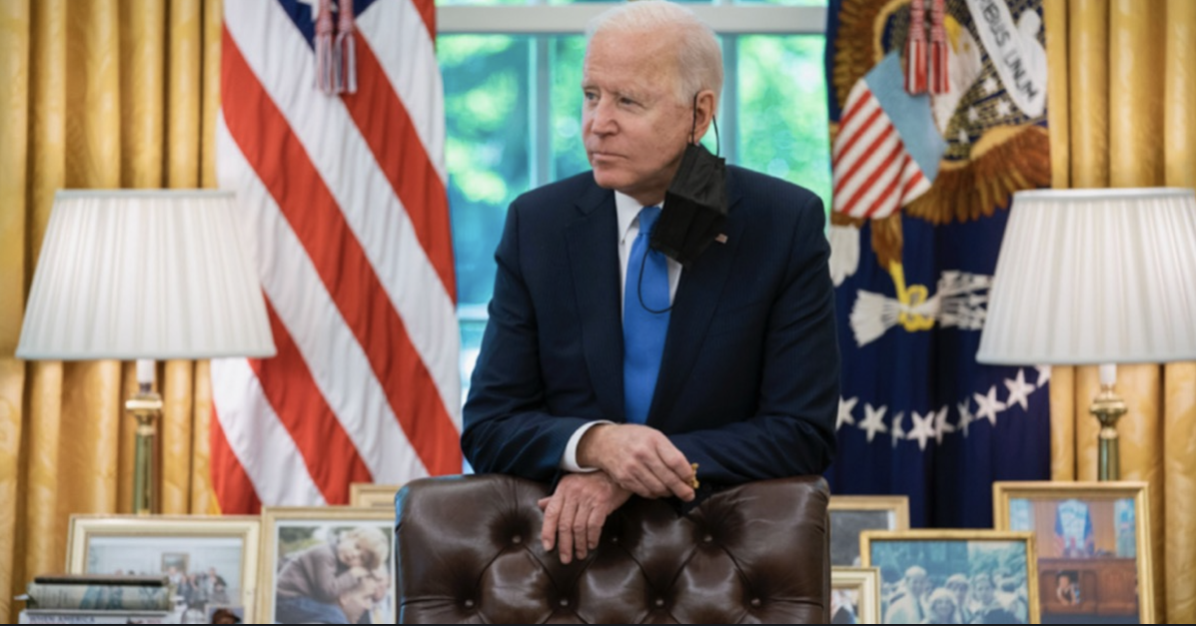 Exactly one week ago today, Grassfire told you how Joe Biden wanted American taxpayers to cough up $6.4 BILLION to "respond to the Ukraine crisis." Last night, we found out the so-called "Commander-in-Chief" wants more -- much, much more. The Washington Post reported yesterday:

Initially, the Biden administration had asked lawmakers to provide about $6.4 billion in response to Ukraine, hoping to boost programs at the State Department and Pentagon in response to the geopolitical crisis. The money was meant to shore up the country ...

At the time, top officials warned that their ask could change as conditions on the ground warranted.

In the midst of a raging U.S. border crisis, with inflation skyrocketing and violent crime rising, Joe Biden wants to hand over BILLIONS AND BILLIONS more taxpayer dollars to Ukraine. His regime has already committed more than $1 BILLION over the past year to help the Eastern European nation. Meanwhile, Mr. Biden and the radical, unhinged leftists in his administration continue to ignore the crisis of TWO MILLION illegal aliens invading the U.S. southern border.

Joe Biden wants to spend BILLIONS of taxpayer dollars to help protect Ukraine's border, while ignoring the crisis raging along the U.S. border with Mexico. If you want the Biden regime to stop the literal invasion of illegal aliens, click here or on the banner below now to sign the "Stop Protecting The Wrong Border!" national petition:

Is the Russian invasion of Ukraine horrible and unacceptable? Yes! Absolutely. But, as a taxpaying American, you can strongly condemn Russia's aggression, support Ukraine and STILL demand the Biden regime protect our nation's border.

Mr. Biden's blatant disregard for our great nation's security, sovereignty and way of life must not stand. That's why we launched the "Stop Protecting The Wrong Border!" national petition -- to give YOU a voice in Washington, D.C.

Grassfire is empowering you to call on Senate Republicans and moderate Democrats to take action against the Biden regime. Demand they force Mr. Biden to address illegal immigration along America's southern border before becoming further embroiled in the Russia-Ukraine conflict! Click here to add your name to the "Stop Protecting The Wrong Border!" national petition now.

When Grassfire reaches 20,000 signatures, we'll deliver your petition to Republican leaders in Washington, D.C. You can demand GOP Senators and Representatives take action to stop the Biden regime from protecting the wrong border. Click here to sign now. Thanks, in advance, for taking action today.

P.S. Again, America is facing a very real threat of our own -- one that's being ignored by Joe Biden and his ilk. Our southern border is literally being invaded by millions of illegal aliens! You can take immediate action to demand the "Commander-in-Chief" secure the U.S. border BEFORE risking American lives AND spending BILLIONS (and BILLIONS) of tax dollars to protect Ukraine's. Demand Republican leaders on Capitol Hill take immediate action to protect the United States' security, sovereignty and way of life. Click here or on the banner below now to sign the "Stop Protecting The Wrong Border!" national petition: