Oprah has the answer (in part) 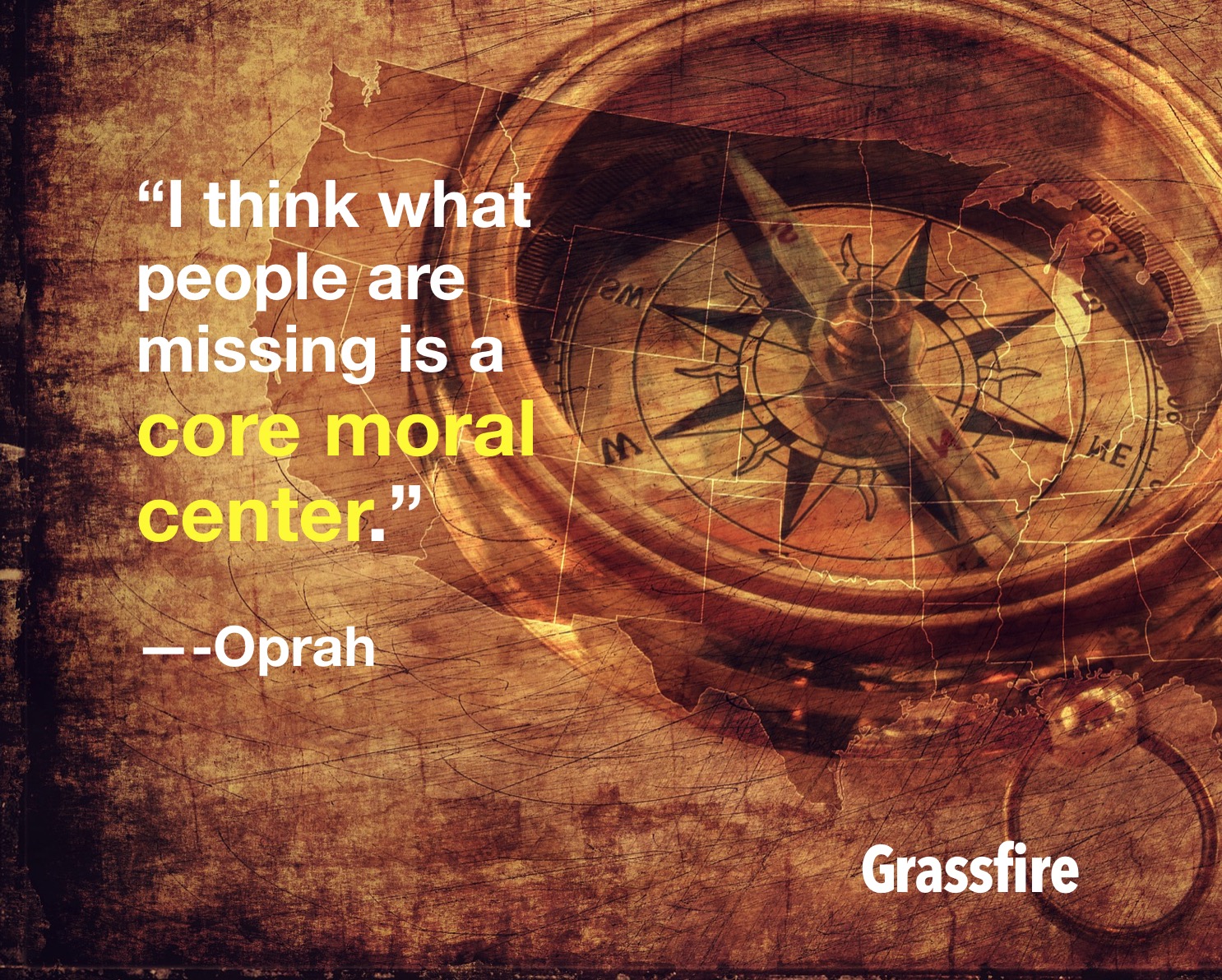 “I think what people are missing is a core moral center.... Churches used to do that… It was a central place you could come to and there was a core center of values about a way of living and being in the world.... Until we can return to that, however that is, in whatever form, we will continue to be lost.”

Oprah says churches "used to" provide the moral center. But what happened? Did churches lose their message? Or did the statists and socialists take over the debate and work to effectively purge faith from our communities? Years ago, the late author Richard John Neuhaus wrote a seminal work called The Naked Public Square that explained what happens to a society that strips God from its consciousness. Today, we are living out what Neuhaus spoke of.

So how do we regain our "moral center"? It's certainly not found in politicians or pundits who point the finger of blame and accuse the President (and by association, every conservative in our nation) of racism and hate, or capitalize on these tragedies to promote gun control. And it's not in feel-good sessions and "moments of silence" in which public leaders dare not actually pray.

Practically speaking, the cause of these shootings -- and the reason seven were murdered last weekend in Chicago and more than 300 will be killed in Baltimore this year -- is broken families. Boys simply don't do well when they are raised without both mom and dad in the home. Check the statistics -- almost all of these mass shootings and most of the violent crimes are committed by men. And most of those men grew up in broken homes.

Our homes are broken because we lost the "moral center" of the two-parent family shortly after we lost the "moral center" of faith. Now, most of our well-intentioned government welfare programs try to fix the cultural rot in our society in ways that actually further break our families apart and cause more children to be raised without both mom and dad. And since we've wrongly decided that Jefferson's "separation of church and state" means God and faith must be purged from our publicly funded efforts, government programs can't even legally point to the source of the "moral center" we so desperately need. We can't regain our "moral center" without acknowledging that there is a basis for a "moral center" -- a God who creates the "north pole" for our society to which we can align our life compasses. As a result, we are stuck in an ever-degrading cultural loop.

So if we can be honest for a moment, when we look at these mass shootings or the killings in Chicago and elsewhere, what we really have is a a MAN PROBLEM, caused by A FAMILY PROBLEM caused by a FAITH PROBLEM.

Here at Grassfire, while we remain fully committed to challenging the efforts by politicians to undermine our liberties and further expand the reach of government, we also want to call our nation back to the FAITH ANSWER and the FAMILY ANSWER so we can begin to restore the "moral center" even Oprah knows we've lost.

If you've been to our website lately, you'll notice these words under our logo: "Helping America Thrive." I'm more committed than ever to this mission and vision. This vision is built upon ideas I developed and published in a three-part "Thriving" book series. 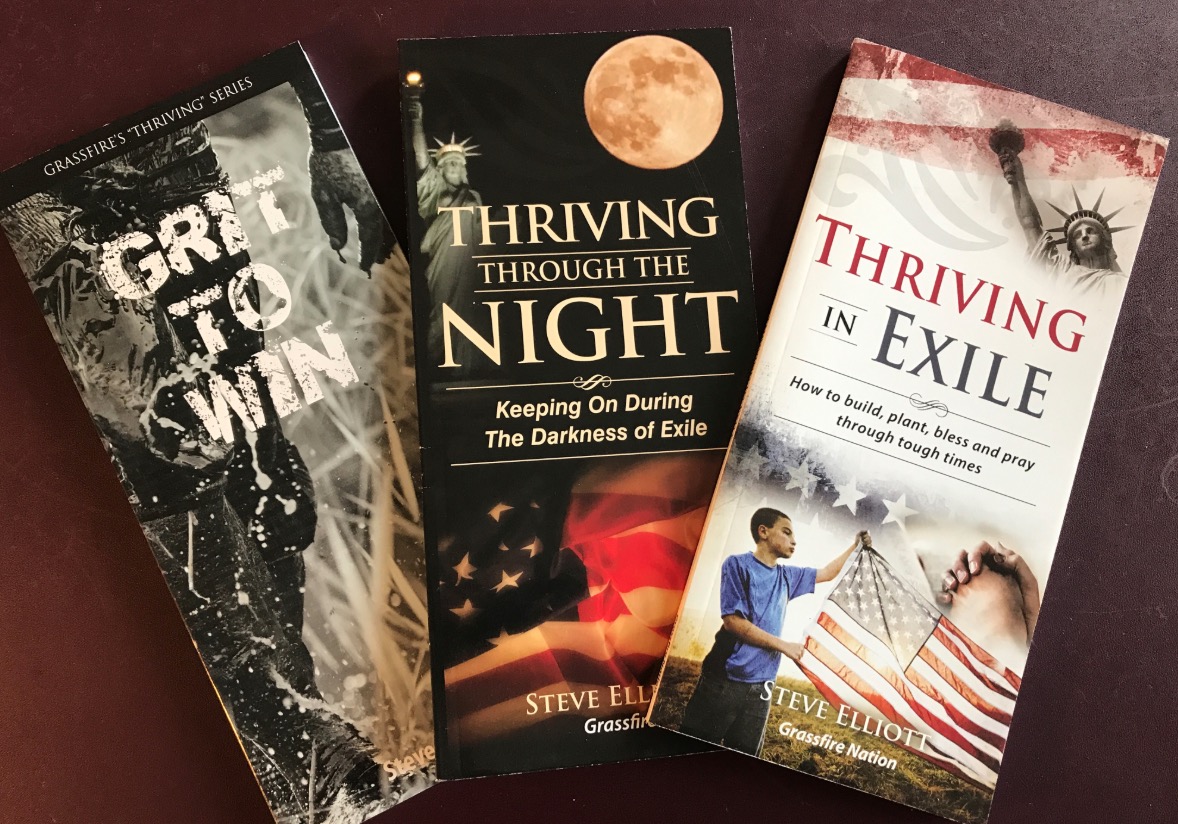 I believe these books can help point the way home for our families, our communities and our nation.  Part One, Thriving In Exile, teaches the hard lessons of how faith and fortitude can guide us through tough times. Thriving Through The Night goes even deeper in exploring how we can overcome the most difficult challenges. The series concludes with Grit To Win which reveals the qualities we need in our families and our society to restore our cultural greatness.

In light of all that's happening in our society, I want to get these resources out to as many of our team members as possible. So for the first time in our history, we're offering all three books in the series in appreciation of a contribution of ANY AMOUNT to help Grassfire build.

We'll cover the shipping. Just send what you can and we'll get all three books in the mail to you. Go here:

I'm not saying that Grassfire is alone in the fight. It's going to take each of us doing our part to restore our "moral center." But we are one of the largest and most active networks of patriotic, grassroots Americans in the nation. This Grassfire team that saw over 300,000  citizens take action to engaged on the issues in the past month has an important role to play!

Thanks for listening, and may God inspire good people to work and pray for the healing of our land.

P.S We only have a few hundred copies of the complete Thriving collection. Please let me know here if you can help Grassfire with a contribution of ANY AMOUNT so we can these books in the mail to you in the next few days. If you simply can't afford even a few dollars right now, then go here and take our Thriving 101 free e-course. Thanks in advance!