On Presidents' Day, celebrate the greatness of Donald J. Trump! 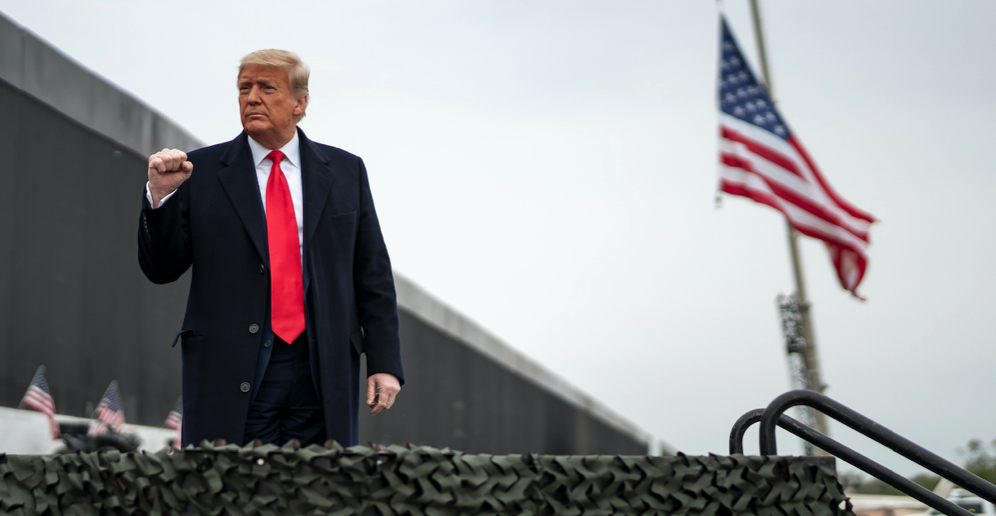 Because it's President's Day, Grassfire wants to give you the opportunity to celebrate one of the greatest presidents in American history: Donald J. Trump! The impeachment witch hunt ended Saturday, but the fight isn't over for radical Democrats and the Unhinged Left. There's already talk about trying to disqualify President Trump from running in 2024 by invoking the 14th Amendment.

This weekend, seven Senate RINOs voted to impeach America's 45th president, likely, because they don't want him and his "America First" agenda dominating the GOP for the next four years. Meanwhile, Democrats are petrified that he could become president again on January 20, 2025, now that their unconstitutional effort to retroactively remove him from office failed.

Based on what Sen. Lindsey Graham (R-SC) said yesterday, NeverTrumpers may have something to fear. "Make America Great Again" isn't going anywhere. In an interview on "FOX News Sunday," he insisted the former president is the future of the GOP:

"Donald Trump is the most vibrant member of the Republican Party. The Trump movement is alive and well. People believe that he brought change to Washington policy wise that was long overdue. ... The most potent force in the Republican party is President Trump. We need Trump-plus." (Click here to watch Graham's pro-Trump comments.)

Radical Democrats, the Deep State, the D.C. Swamp, the FAKE NEWS media, Hollywood's "elite" and anti-Trump Republicans have been trying to take down America's 45th commander-in-chief since before he took office. Why? Because Donald Trump is a threat to the "empire" that the Establishment has created on Capitol Hill.

Since announcing his candidacy, the attacks against him have been relentless. You've seen them. They. Never. Stop! Yet, Mr. Trump just keeps punching and promising to "never stop fighting for the American people."

That's why Grassfire wants to give our team members a resource to remind them of the greatness of Donald Trump. We also want to empower pro-Trump Americans to make their voices heard on the key political and social issues of our day. But Grassfire can't fight back without your help.

So, in appreciation for your contribution of ANY AMOUNT to help Grassfire build for the battles ahead, we'll send you one copy of "Making The Presidency Great Again." Contribute $30 or more and receive two booklets. Click here or on the banner below to help Grassfire fight back against tyranny at this critical time in our nation's history:

+ + Trump Saved The GOP And Made America Great Again!

Published in 2018, "Making The Presidency Great Again" outlines 21 reasons why Mr. Trump is the greatest president since Ronald Reagan. It also includes the It's Going to Be "America First" inauguration address and, perhaps the greatest speech of his presidency, The West Will Never Be Broken, delivered in Warsaw, Poland, on July 6, 2017.

Again, if you can help Grassfire with a contribution of ANY AMOUNT today, we'll rush you one copy of "Making The Presidency Great Again." (Even $5 or $10 will help cover printing and shipping.) When you contribute $30 or more, we'll send you TWO COPIES (one to keep and one to share). Click here now to receive yours.

Please help us fight to give you a voice on the key issues of our day. Thanks, in advance, for your support.

P.S. This exclusive Grassfire resource sets the record straight on President Trump. But we currently have a very limited supply of these 120-page booklets in stock, so they're being offered on a first-come, first-served basis ONLY. Don't wait! Click here or on the banner below to help Grassfire fight and receive your copy of "Making The Presidency Great Again" in appreciation for your contribution of ANY AMOUNT: