NEW: Trump or DeSantis in 2024? Take our four-question survey. 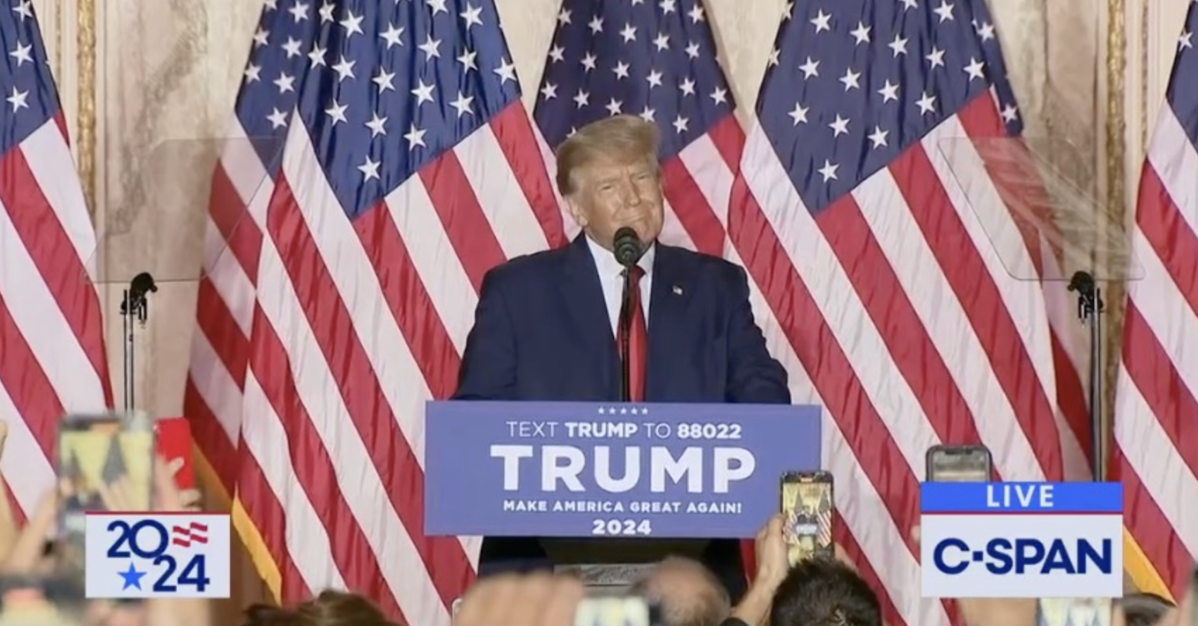 At his Mar-a-Lago estate in Palm Beach, Florida, on Tuesday night, President Donald Trump officially announced (finally) another run for the White House. The long-awaited decision on 2024 took very few people by surprise, but the speech that followed was "vintage" Trump.

"America's comeback starts right now," he began. "We are a nation in decline. We are a failing nation. For millions of Americans, the past two years under Joe Biden have been a time of pain, hardship, anxiety and despair. ... The decline of America is being forced upon us by Biden and the radical-left lunatics running our government into the ground. This decline is not a fate we must accept."

Many Republicans questioned and even criticized the timing of Mr. Trump's announcement. It came exactly one week after a somewhat disappointing midterm election that didn't result in the expected, nationwide "red wave." Also, if Trump-backed Herschel Walker doesn't win his Georgia runoff on December 6, the GOP could potentially LOSE a seat in the Senate.

But Florida's "red tsunami" flooded the Sunshine State with GOP victories. That has led a growing chorus of Republicans to begin calling for Ron DeSantis to be the party's 2024 presidential nominee. Those same voices blame President Trump for the "red fizzle" in many other states. But supporters of America's 45th Commander-in-Chief blame Senate Minority Leader Mitch McConnell (R-KY) for Republicans not winning the Upper Chamber.

What do you think? As of today, do you support President Trump or Governor DeSantis in 2024? Also, who's to blame for the GOP's failure to take control of the Senate? Please let us know where you stand by taking our new, four-question "Post-Midterm 2024 Survey" now. Click here or on the banner below to make your voice heard:

Thank you, in advance, for taking action today via Grassfire's new "Post-Midterm 2024 Survey." Your answers will help shape our future campaigns and initiatives. Please feel free to share this four-question survey with your friends and family members. We'll reveal the results during Thanksgiving week.

P.S. Our "Post-Midterm 2024 Survey" is not scientific, nor does it endorse a specific candidate or position. Grassfire polls and surveys are for informational purposes only. Go here to participate now: