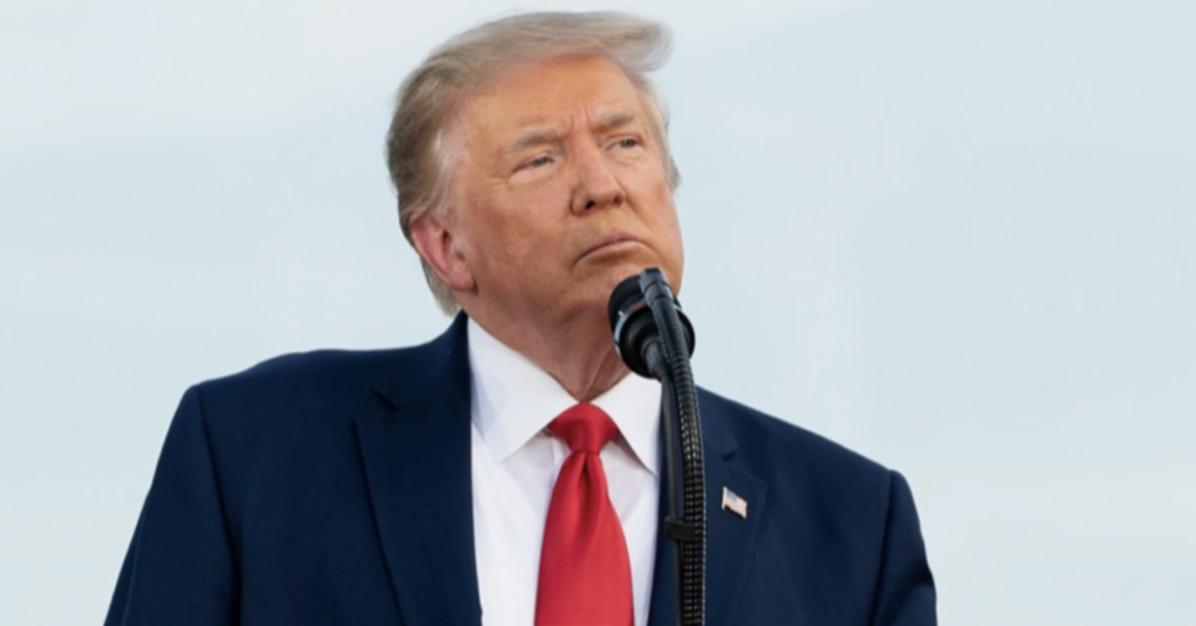 At a town-hall event on Wednesday, President Trump said he's made up his mind about running for a second term in 2024. When asked by FOX News' Sean Hannity about seeking the GOP nomination two years from now, America's 45th Commander-in-Chief simply replied, "Yes."

Why would President Trump want to win the White House again? "We never had it better," he said about his first term. "And now, we've never had it worse in the history of our country."

But deciding whether or not to run doesn't mean Mr. Trump will seek the presidency again in 2024. He has teased making the official announcement THIS WEEKEND, but we're not sure he will.

If the former president throws his hat in the ring to become the next president, a majority of Americans, apparently, are behind him. A new poll by Emerson College in Boston shows Mr. Trump leading President Biden by five points (44% to 39%) in a head-to-head matchup.

What do you think? Will President Trump make another run for the White House? Please let us know where you stand by taking our new, five-question "Trump 2024?" survey now. Click here or on the banner below now to participate and make your voice heard:

Thanks, in advance, for taking action today via Grassfire's new "Trump 2024?" five-question survey. Your answers will help shape our initiatives and product offers going forward. We'll reveal the results after reaching 10,000 votes.

P.S. The "Trump 2024?" survey is not scientific, nor does it endorse a specific candidate or position. Grassire polls and surveys are for informational purposes only. Go here to participate now: